A box arrived yesterday and a box arrived today. We know what it was yesterday, it was a box with a box inside, inside a box. Today it was from Olivia’s parents’ house with a range of miscellaneous items Olivia wanted here as well as her records, and a handful of books that I’d bought in Australia including H.E. Bates, Graham Greene, Somerset Maugham and others, now to find some time to read them. After they were unpacked it was time to dispose of the last two days’ boxes and all the recycling and rubbish we have created in the last 36 hours. Will we be known in the universe by all the other alien races as the planet of garbage? We can’t burn it, we can’t bury it forever and not everyone recycles and not everything is recyclable. The other day a young woman next to me put a big cardboard box in the bin with the rubbish instead of in the bin where the cardboard goes which is right next to it, she didn’t even squash it, there really is no hope.

I went into town today to buy vinyl versions of two of my most recent ‘Albums of the Daze’, first, Robert Plant and Alison Krauss’ Raise The Roof (2021), which is a double disc with three tracks on each side. There are actually two special deluxe edition songs which are available in Europe and at Target. Target? Really? One of them is Memphis Minnie’s You Can’t Rule Me, recently covered by Lucinda Williams on her last album Good Souls Better Angels (2020) and Hank Williams‘ My Heart Would Know, the B-side of Hey Good Lookin’ (1951). Wouldn’t you think that if they are going to release an album with three songs on each side that they would add these tracks for the dedicated vinyl buyers? Especially when the vinyl costs about 40€. Cheaper was Ana Moura’s Leva-me aos Fados (2009), well, we are in Portugal. I also ordered the new First Aid Kit album, Palomino (2022), but that’s not out till November 4th. How can I get all these people to send me their albums for the archive to be preserved, I can’t buy everything, I mean in truth, records I don’t personally like should be in there, we gotta keep a record of the records!

On band T-shirt look out today I saw one bearded thirty-something male in a Nirvana shirt and a twelve-year-old girl in an Iron Maiden shirt. It seems to me that the metal bands get ‘em young. It’s not the first time that I’ve seen a child in an AC/DC, Metallica or an Iron Maiden shirt but for some reason, I never see a child in a Dylan shirt or anybody really, I must buy one. I’ve discovered that here at least, even with all the tourists, band shirts are very few and far between, maybe bands are too. A black band shirt isn’t really a fashion item, so I guess most don’t wear them, not suitable for anyone really except mega fan nerds like me. It made me wonder does Nick Cave wear those suits through Australian summers. I can’t imagine him in shorts and a Stooges T-shirt however much a fan he may be.

My local coffee shop gave me a free coffee today. Afterwards, I was about to go to the market across the way but realised I had no cash and was in a bit of a rush as I had a sesh with NJ Brian and had to walk back up the hill. I’d already passed by the city psychedelic psupermarket and had some heavyish bags and the two records so getting cash, getting home, getting dragon fruit and broccoli seemed just a little too much. I made the sesh and we talked about album artwork with Olivia and discussed gatefolds. One wonders when these records we make actually end up being released in their vinyl versions with all the manufacturing issues. Space Summit has been delayed again and now isn’t available till October, thirteen months after the CD. It’s nuts.

I also listened to Indiana Brian’s song mix today on my honest Sennheiser headphones. You have to try to find a truthful uncoloured listening medium because if you have bass-heavy equipment and have the bass lowered, it will be bass light on another system, you have to make sure it’s as real as possible, like everything really, colour it to your personal taste later, whatever it is… 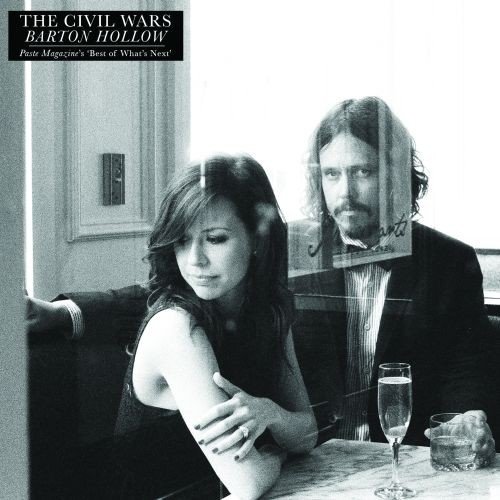 Music today has been The Civil Wars‘ Barton Hollow (2011). If you type into Google ‘What happened to the Civil Wars?’, this is what comes up:

But last year, in the middle of a tour, the band abruptly cancelled the rest of its dates, citing “internal discord and irreconcilable differences of ambition.” The two musicians haven’t appeared together since. (2 Aug 2013)

Like Plant and Krauss, they were a female/male duo (Joy Williams and John Paul White) with a country influence. Their harmonies and chemistry and songs were something special, like First Aid Kit when they sing together, magic happens. Check out the Poison and Wine video and listen to Barton Hollow, their self-titled second album (2013). Very sad they couldn’t get along, they had a lot more to give, and it’s just not the same when they are not together.