I started the day by playing the Toy CD that I bought yesterday, putting it on and then getting in the shower and missing the first five songs. When I got out I put it back to track one, although, if you miss the first half you are more likely to get another chance to hear it whereas the second half means you were concentrating on a record from beginning to end, and who does that any more? I think originally, with albums, that was the point, that’s what album bands were, bands that weren’t about singles or who didn’t release singles as their focus, it was about the concerts and the albums, not the singles and the radio. That strange notion that you might sit and listen to an album from beginning to end seems to have been lost on the streaming generation. I wonder what percentage of modern streamers repeatedly listen to every track on a new album as we did on Ziggy – and we had to turn it over. But it’s not the first time it’s been like this, even in the sixties, in pop, the singles were the thing, The Beatles generally didn’t put the singles on the albums. Haha, can you imagine? In the eighties that was the way the record company got the public to buy your record, drawing attention to the album by selling the single. I wonder how many people who know The Beatles’ hits don’t know the albums. It seems like an absurd question but I wonder if in reality the Can’t Buy Me Lovers investigated Revolution No.9, I doubt it.

Times change, approaches change, and formats change, but as long as you still have music that you like then that’s all that matters, even if you have to dig for it. For me, I’ve never stopped digging and enjoying both what floats to the surface and that which is buried deep below the layers. As the seventies hit, the art rockers like Roxy Music were still not putting their singles on the albums. Virginia Plain, a UK No.4 (1972), didn’t appear on the UK version of the album but then again, it wasn’t recorded yet when the UK album was released. Still, Pyjamarama (1973) did not appear on For Your Pleasure, perhaps these songs weren’t considered necessary for the albums’ flow, whilst acknowledging they needed to get noticed with more accessible tracks as well as feathers, leotards, eye shadow and lipstick. Before those classic rock ‘n’ roll singles of the fifties, the jazzers, the torch singers, the legends like Ella Fitzgerald and Billie Holiday would cut what they called ‘sides’, not albums, but then lots of later bands never got to make an album, only releasing singles. Remember that it was the late forties before albums even appeared. 78s or “sten kakor”, stone cakes, as they call them in Sweden, were still being released into the fifties, I have 78s by Bill Haley & His Comets, Little Richard and many other rock ‘n’ roll stars. These stone cakes with their surface noise seemed to make sense for rock ‘n’ roll but can you imagine that this is also how people listened to classical music? What a revelation it must have been when high-fidelity classical recordings could be listened to in your front room on a stereogram on a 12-inch format, and of course the evolution didn’t stop there.

My music setup uses many different mediums: there’s my home studio speakers, Yamaha HS7s, there’s my Bose portable speakers I use with my laptop. My Bose noise cancellation headphones, my Sennheiser headphones I use for an accurate representation of music I am working on or being sent. Then I have Spotify and other streamers like Apple Music and YouTube, this comes through my laptops or my iMac. But then I have a Linn Sondek, a NAD amp and Bowers and Wilkins floor-standing speakers where I listen to vinyl. I have a Cambridge audio CD player and I also have an old laptop plugged into the back of my stereo amp so I can listen to streaming through my stereo system, I can also route this to my Yamaha NS 10 speakers that are underneath my HS7s. So lots of different ways of listening but never harsh even when it’s digital and yes I do have a cassette player in the system. 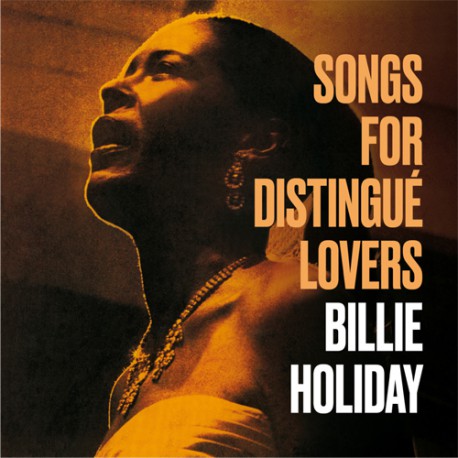 Music today was a strange mix of Join The Dots by Toy, In Search Of Space by Hawkwind, and Yusef Lateef’s Eastern Sounds, but in the spirit of wonderful female singers let’s make the album of the day the incredible Billie Holiday’s Songs For Distingué Lovers (1958).