Sundays, I always struggle with Sundays, so I’m thankful for seshes and football because having grown up without mention of religion, relaxation or rambling, Sunday has me imagining the streets as the aftermath of an alien invasion with the population of the planet seriously decreased. Most buildings empty, handy for the archive but not good for the public interest. So I sesh, or stay in and watch football or snooker or try to hide from the stray alien that is patrolling the streets looking for human survivors.

I like to go out into a city when it’s busy, vibrant, all kinds of events going on, all kinds of people. I also like a late city, like I like a late night. Mornings are great but not if you have to sacrifice the witching hours. In a perfect world I‘d go to bed at 4 AM and get up at 6 AM but you can’t have it both ways. Also, I like the noisy city but I like the stillness of knowing everyone but me is asleep. I often feel like, ah, it’s midnight, now I can create something. I don’t mind working on something from morning till night when it’s already written and if you are working with someone else you can’t really suggest starting at midnight or the early hours, unless you’re Keith of course. It might be why I write because late at night I feel there’s room. How many places can the muse be at once? The night is contemplative, philosophical, the day is practical, too bright.

Sometimes, like now at 2 AM, I think I need to wash my hair – so I’ll be back in twenty minutes. Thirty minutes later. So It was actually thirty minutes. I successfully got water all over the bathroom floor and when I got out of the shower, I had my ‘eye thing’, so now an hour has gone by and I’m trying to finish writing before I go for a good sleep. I took some drops of CBD oil which really seems to help with the eyes, a nice 500-gram ibuprofen and then closed my eyes for half an hour. I opened them and the eye thing was gone, and no real headache. I looked out of the window to the beauty of a crescent moon bright against the black sky, viewed between the struts of the old television aerial on the house opposite. There’s some mellow blues guitar in the background, I pulled myself towards the kettle. 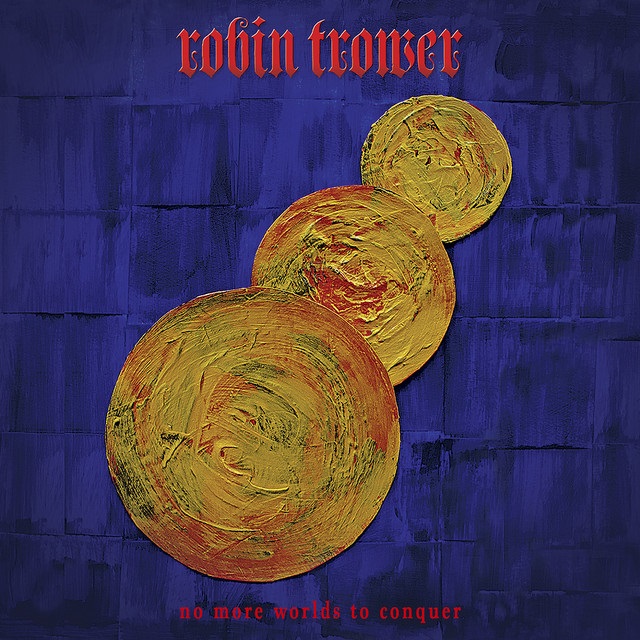 Music today has been the lovely mellow blues of a 76-year-old Robin Trower and his latest album No More Worlds To Conquer (2022). This is a snippet from the Rock And Blues Muse Site (read the full review here):

Trower is still reaching for that next meaningful song, solo, or tone that will ignite his creativity and allow him to move into the future with relevance and grace. He found all that and more while writing this new batch of songs during the pandemic, using his never-fail combination of a Stratocaster into a Marshall amp to play and speak on topics ranging from Alexander the Great to the politics and disappointments of modern life. He carves out distinct guitar tones for each song and uses them to help articulate the emotional phrasing he’s long had a gift for, leaving hypnotic trails in his wake. Trower also played all the bass parts on No More Worlds To Conquer but ceded the vocal mic to Richard Watts, a soulful singer who fits Trower’s songs perfectly, and brought in drummer Chris Taggart, who has appeared on Trower’s last few records, to complete his studio band.