The efficiency of the Germans, my loadbox has already been dispatched from Thomann, it’s almost as if they sent it before I ordered it. It wasn’t cheap, it makes you wonder why something that you didn’t know existed and you lived your whole life without and you suddenly need can suddenly set you back a chunk when you never needed it before. But times change, systems change and to preserve my ideas about what a guitar should sound like, I need the box. There’s room for everything and anything in music, everyone has a different perspective and there are certainly times when a digital guitar sound is relevant but then there are the other times.

I originally ordered the wrong box and it was Jorge that alerted me to my mistake and saved me from damaging my equipment by careering into a realm that I didn’t understand. Luckily I asked about it before I attempted to use it. The mistake cost me 220€ but I hadn’t yet pulled the wrong box out of its packaging so I sent it back and asked for a refund or a credit. They assessed it and gave me a credit, efficiency at work again. What this meant was that the extra 300€ that I had to pay for the new box made the scary price tag of 520€ able to be split over a few months, making it all less painful. Okay, the price is the price but instalments feel better.

Seshes today with Noelle in Montreal (recovering from Covid) and NJ Brian. My computer went rogue as I was talking to Noelle, first, my camera wouldn’t work and then the sound wouldn’t work. It turns out that it was two separate problems occurring simultaneously. It’s those random events of two failings that cause disasters, luckily I’m just a bloke in a front room and I’m not sitting in a spaceship. It seems that my computer wanted to update itself at the exact moment I wanted to talk to Noelle and it also seems that one of the leads in the back of my computer wanted to loosen itself at the same time. Please, just work.

It was another day of not making it out of the house. I didn’t feel so well when I woke up, so I watched some afternoon snooker and as I improved, finished off the letter to the mayor, watched a bit of West Ham/Viborg (3-1) and did Spanish on Duolingo. Olivia cooked and I dreamt of veggie sausages – somehow they appeared out of the freezer. Still, you can’t beat the veggie sausages in England, they surely are the best. My friend and bandmate in Anekdoten, Nicklas Barker and I discussed having a vegetarian restaurant with a music-themed menu. His genius suggestion was A Sausage Full Of Secrets.

Finally, we watched Millie Bobby Brown’s Enola Holmes (2022), recommended by Noelle, an entertaining movie to end the day. Tomorrow will surely be my day to catch up on all the emails, I’m really going to try. 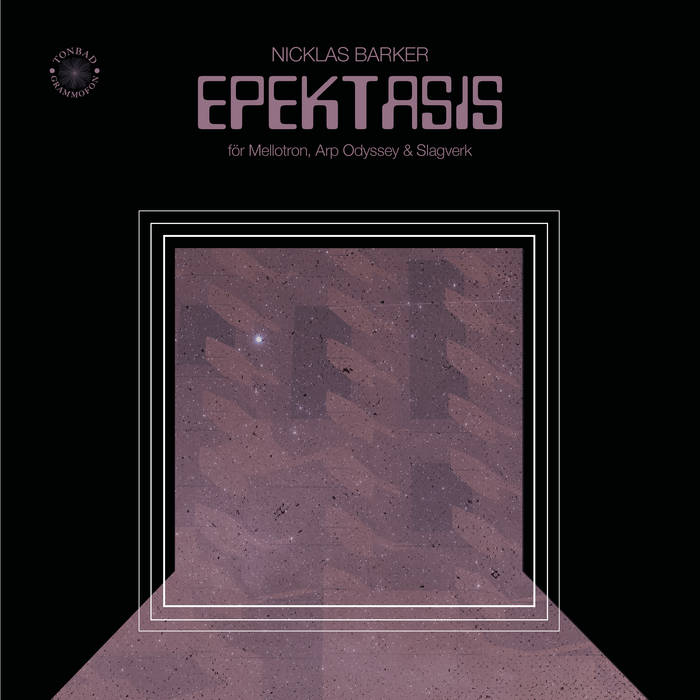 Music today has been Nicklas Barker’s soothing solo record Epektasis. Get it while you can on limited vinyl, only 300 copies are available through Bandcamp, or should I say 299 because I’m listening to mine right now.

Fellow cosmic creator The Gaye Device commented so: “Like some lost electronic soundtrack from an obscure movie, this is a gem of an album. Cosmic soundwaves create a nostalgic comfort zone. Full of authentic analogue synth sounds which create pastoral, brooding and beautiful vibes.”