Today was Jorge day, but who is Jorge? Jorge is a man with skills I don’t have, tech skills. I’ve been trying to figure out how to get quality guitar tones without using digital plug-ins and avoiding the other issue of making an unholy racket at home. So I have been investigating something called a ‘loadbox’. It’s all a bit technical so if you are like me and not tech-savvy and have a non-tech savvy person trying to explain it, it’s probably a futile exercise. But the gist is that it means that I can use my Fender Hot Rod DeVille amp at home with the speaker disconnected whilst still getting the sound of the amp into my computer. Don’t ask me to explain, why or how it needs to be done this way, it just is and the difference between recording guitars this way instead of directly means I can use all my favourite effects units, like my Roland 501, my Ibanez UE405 and my pedal board without searching for sounds, digital sounds that so many people seem to be happy using. Phew. See part of today’s experiment on Instagram.

Whist Jorge was here the postman arrived with a copy of Nicklas Barker’s latest solo record Epektasis, and the second pressing of Kosmogon, his project with partner Sophie Linder. Check out PROG magazine for details and listening but if you don’t, this is part of the text:

Epektasis sees Barker exploring minimalist, ambient sounds and features six tracks of shimmering, minimal, electronic soundscapes. It was recorded over two weeks in September 2021 in Stockholm and the mountain village of Åre using two Mellotrons and an ARP Odyssey synthesiser. A palette of vintage keyboards and percussion through four looping devices, culminating in the summoning of celestial voices with meditative drones, in soothing infinite mysticism. It is the second release on new record label Tonbad Grammofon, which was founded by Barker and Sophie Linder in 2021 and is dedicated to contemporary electronic, ambient, experimental and psychedelic music. The label’s first release, Kosmogon’s Mässan, was released last August.

Jorge left and I ordered a loadbox from Thomann in Germany, a site I use to buy equipment that doesn’t charge me duty as we are both EU countries (what a great idea). Jorge had borrowed a loadbox from a friend and showed me how it worked and how it sounded. It’s a must-have if you have the kind of set-up I do and if you are not particularly into using digital sounds. It’s a huge learning curve for me, figuring out how to record at home by myself after having years with amazing experienced engineers and producers. I can’t record the drums I want to hear at home and I’m not a good enough keyboard player to put some serious keys on a track but the guitars, bass and singing I can do and if I can just elevate my skills to a decent level whilst recording the sounds I want to hear from my instrument than I’ll be on the way to recording more and more, drums I can add later, although I’d much rather have the band in a room and record like we used to.

Jorge played all my guitars and pointed out all the good things in them and all the things that needed addressing in them. Some electronics issues on one of my Rickenbackers, the bridge and tremolo bar assembly on my Strat. It’s just so great to have somebody like Jorge around who can be my go-to person for guitar setups and issues with instruments as well as fixing equipment and helping me design the most functional and accessible way to record at home. Thanks, Jorge. 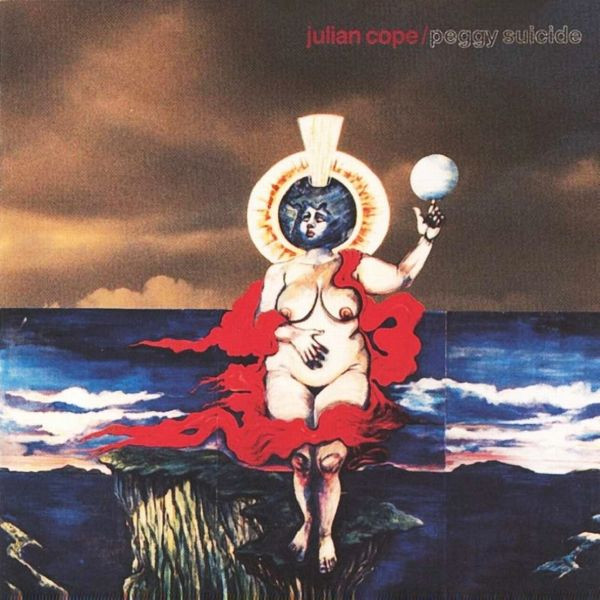 Music today was Julian Cope’s Peggy Suicide (1991). It’s a double album and I played it a lot when it came out. I originally bought it on CD but last month in Germany I found a nice second-hand vinyl copy. Result, it’s a great album.