I am very happy to report that today I passed an intelligence test, I assembled an IKEA shelf without any problems and so far it hasn’t collapsed. I do admit to having bits left over but they were for attaching the shelf to the wall so it doesn’t fall over but it was sturdy on the floor and didn’t look at all like it was going to tip. The striking thing about IKEA is how crappy the materials are, how light the components are (chipboard, the cheapest), but from a distance, they look alright and it’s a perfect way to get multiple vinyl shelves at an affordable price. It looks great in the front room and gets the vinyl I have here off the floor and gave me an excuse to put them in alphabetical order, my favourite thing to do, obviously I’m easily pleased.

This led to me also putting my books in alphabetical order, about twenty fiction with four or five music books and four to five poetry books. Obviously, bookshops here have few books in English and I’ll have to wait to scour those classic secondhand bookshops the next time I’m in the UK, USA or Australia…but when you find a classic edition, then you have to carry it and others home, at least they are lighter than vinyl unless you are buying hardbacks of course.

The shelf inspired playing some vinyl today including Dalida’s J’attendrai (I’ll Wait, 1975), Blue Mink’s final album Fruity (1974) and Beyoncé’s Lemonade (2016) that credits Yeah, Yeah, Yeahs, Led Zeppelin, Jack White and James Blake as co-writers, performers, or sampled artists and in the case of Yeah, Yeah, Yeahs taking the chorus of Maps and singing it into another song. Incidentally, Blake is the son of James Litherland, singer, guitarist and one of Colosseum’s founding members, it seems quite a journey stylistically from Colosseum to Beyoncé, or is it?

Snooker is back and I’m always happy to relax with these skilful sportsmen, its aesthetics balanced between calm and intensity, my mum’s favourite, I always think of her when I’m watching it as I do when Glenn Miller comes up, she was a major swing fan, maybe that’s where I get my connection to rhythm, why it runs through me. On that tangent, there aren’t many good bands with a bad drummer although even the bad drummers have original ideas (not that I’ll be naming any alleged bad drummers, haha). Highly skilful drummers aren’t always the most appropriate, Neil Peart in The Beatles? For all his intellect, lyrical and writing skills, I’m not sure he would have been as good as Ringo on Tomorrow Never Knows or Come Together for their ideas or the earlier material for their appropriate simplicity, that’s why there’s different music, so everyone gets a say and Rush fans get what they want. 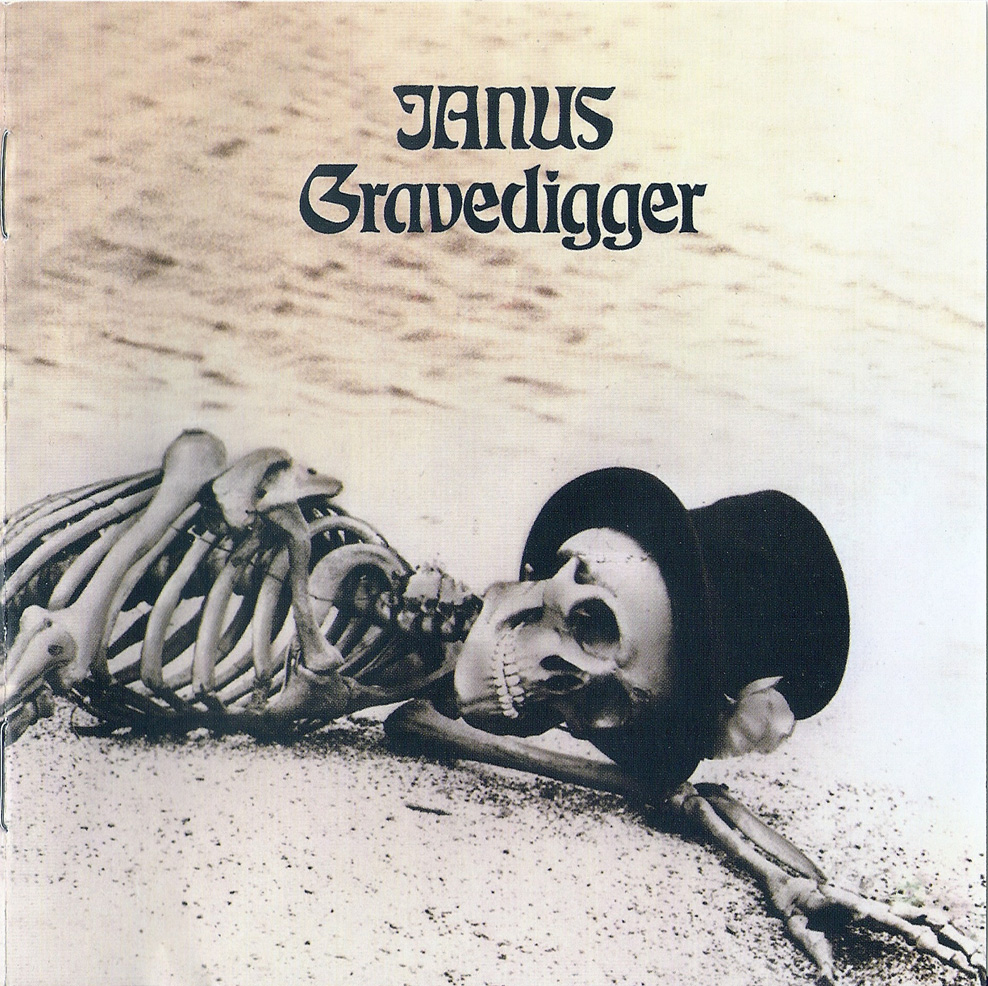 Music of the day has been Janus – Gravedigger (1972), a British band that formed in Krefeld, Germany, made one album for the prestigious Harvest label through EMI and then broke up. They reformed in the nineties and continue to this day but it’s that first album with the iconic cover that I listened to today. I found a brand new copy in a shop in Cologne for 15€, sadly not a gatefold with that classic cover art, but sonically not a click or a scratch in sight.