Sing to the tune of Dean Martin’s version of Volare: IKEA, aye-aye, IKEA, aye, aye, aye, aye. Yes, today on the spur of the moment we went to IKEA. IKEA is the kind of place where you can go without wanting anything at all and come back with a car full. In the end, it was just an excuse to go for a drive on a nice day, a way to get out of the house but there were a couple of boring things we needed. What do you call that which you place under a mat to stop it slipping? Not particularly interesting, I know, despite its practical use. I also wanted some shelving for the few records I have here. We got these things and some Swedish veggie meatballs and “priest cheese” but realised when we got there that today is a holiday in Portugal…except at IKEA, where it was so packed that we were glad of the flat packed furniture or we may have had another ‘comfy chair collision in the park’ event.

It was lovely out there today, 22/71, as we drove north partly on the freeway and then through windy roads and tunnels, in between houses, blocks of flats and factories, glass buildings, garages and shops, life in a city. There’s something nice about just driving through a strange city, a city in another country, a place you are not from. Although we live here and this isn’t the first trip to IKEA, those billboards are in a foreign language and not always clear. In the car, the wheel is on the left, the number plates have a small P for Portugal, it’s so good living in a country that you are not from.

Band T-shirt alert was two AC/DC and one Guns N’ Roses, perhaps metal bands have better shirts, you seem to see more of them. I suppose the T-shirt is the fashion item of the metal fan but there must be a zillion Springsteen T-shirts out there, U2, Gwen Stefani, Coldplay, I just don’t see them here. I’ve been trying to figure out what people think is a good T-shirt, let me know, so we can make something that will help raise funds for the In Deep Music Archive project.

I got back in time for the Liverpool/Crystal Palace game at Anfield that saw new star signing Darwin Núñez sent off for head-butting Crystal Palace player Joachim Andersen. Yesterday the managers were fighting, not head-butting each other thankfully but both red carded. The viewpoint of the pundits was that this aggression is passion and it’s good. Passion in football, yes, violence, no, never. 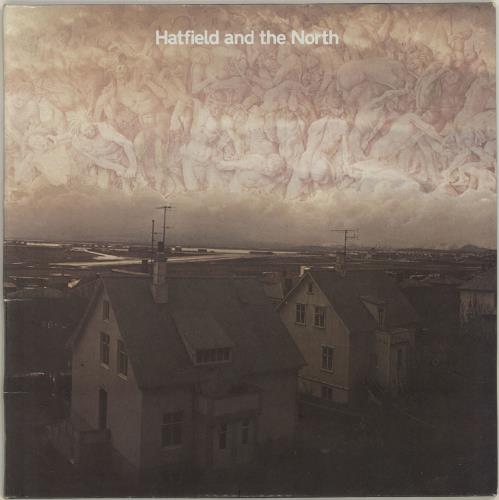 Music today was the excellent self-titled debut album by Hatfield And The North from the experimental Canterbury scene, released in 1974.