It’s the day of the email to the mayor! Trying to find support for bringing the cultural treasure that is the archive to Porto. We’ll see, we have to take every step we can to make this happen otherwise this collection will be languishing in an expensive storage house in Somerset for who knows how long. Today I was organising the few records I have here in Porto and it made me long for the proper collection. Making records, buying records, listening to records, I was thinking today about how the football crowds go mad when their team scores and I was comparing it to the screaming girls at the early Beatles concerts…hysteria, it’s how I feel when I find a Lithuanian copy of Ziggy Stardust with a different cover. But I still can’t figure out why men sing at football games and women don’t, but then why did girls scream at musicians but boys traditionally didn’t?

Sesh today with Arktik Lake Tony as we consider the idea of writing material as a habit. A sesh with Matt in Brooklyn and the same concept as both of them presented new ideas today. So, the message from me to everyone is, make it a habit. So many of the sessioneers have started with an aspiration and now have a body of work. You just have to put your head down and do it. Talk to me about it, you know where I am.

It was a day when I didn’t get outside. I always feel some kind of regret when I haven’t walked at least once around the square, somehow looking out of the window isn’t enough. I need to get my feet into footwear and have my body upright, walking in one direction that isn’t stopped by a wall. But then the return, the removing of the shoes and socks, the freedom of bare feet. We need balance in our lives…and on our feet.

But today there was football to watch, a great win for Forest against West Ham, 1-0, and a very feisty 2-2 draw between Chelsea and Spurs (Liverpool play Palace tomorrow night). Although I went to Anfield when I was in Liverpool to play on the next Wild Swans album, I felt like the crush of the seats, knees in your back, your knees in someone else’s back, sardines, no commentary and not able to see properly what’s going on was not ideal – and I had a great seat in the middle of the stadium. I couldn’t see who scored, the drama was better understood on television. I can’t imagine being behind the goal every week, just going to the game for the sing-song and the socialising. Of course, there’s the atmosphere but after the game, it was almost impossible to catch a ride back to town (the queue for a bus was horrendous), I had to walk back to the city, which I did with a Brighton fan and his family. That was cool. 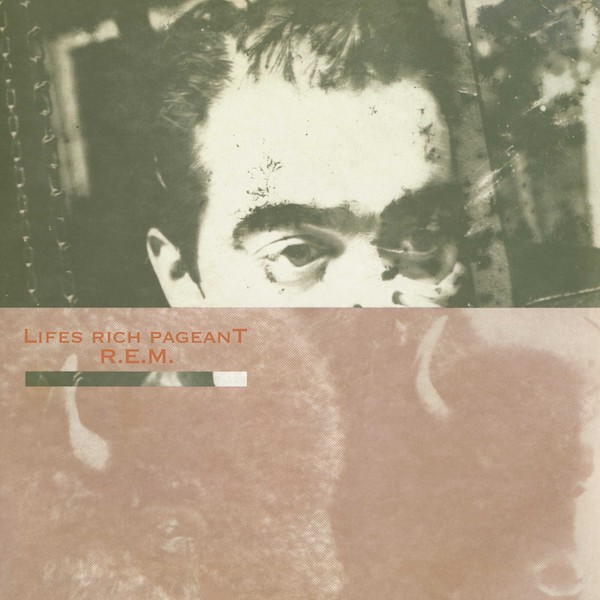 Music today came up because Tony mentioned R.E.M.’s Fall On Me, so today’s album is Lifes Rich Pageant (1986).