It’s hard being born in the fifties. First of all, it means you are already in your sixties but it also means that those that came before you are ready to catch the escalator to the stars and this week has been tough. First, it was Judith Durham (79) from The Seekers, then all on the same day: Olivia Newton-John (73) with Lamont Dozier (81) and The Pogues‘ bassist Darryl Hunt (72). If this is an average that gives me about 15 years if I’m lucky, depressing but getting older and then leaving in the silver spaceship is part of the deal and a lot of people have to leave on the earlier transport so it’s all good so far. I’m sure other musicians have left us this week too, it’s hard to keep up with the inevitable.

Judith Durham used her mother’s maiden name in the band probably because her real name was Judith Mavis Cock (you can’t make it up). Everyone in my age group remembers those timeless hits, including I’ll Never Find Another You (1964) written by Dusty’s brother Tom Springfield and reaching No.2 in the UK, No.4 in the US. In 1965 came two other Tom Springfield hit songs, A World Of Our Own (No.3 in the UK, No.2 in Australia, No.19 in the US) and The Carnival Is Over, which went to No.1 for six weeks in Australia, three weeks in the UK and made it to No.1 in Ireland. In 1966 they released Morningtown Ride, written by Malvina Reynolds (Little Boxes anyone) and Georgy Girl, music by (you guessed it) Tom Springfield, lyrics by Jim Dale, reaching No.1 in Australia, No.3 in the UK and No.1 in Cashbox chart in the US. I remember these songs so well because it was the sixties and they stuck in my brain as it was being formed. RIP Judith Durham.

Olivia Newton-John is remembered mostly for Grease (1978) and Physical (1981), big successes, but I remember her for Dylan’s If Not For You, miming and dancing in 1971. There were a lot of middle-of-the-road hits, most of which I don’t remember and then there’s Xanadu (1980) but don’t forget her sixties sci-fi film Toomorrow (1979), yes really. RIP Olivia.

Last but not least Darryl Hunt played bass with The Pogues and on the classic Fairytale Of New York (1987), featuring the great Kirsty MacColl who herself was killed in Mexico by a speedboat aged 41. RIP Darryl, RIP Kirsty. 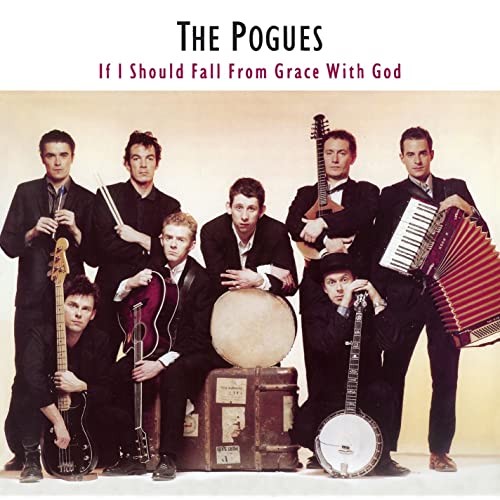 Music today has been The Pogues‘ If I Should Fall From Grace With God (1988), Fairytale Of New York was a No.1 Irish and No.2 UK single in 1987, but it’s a perennial Christmas hit.