Out there in the Marquês square, the locals take over the benches and the stone tables. Today every bench is full, Dogman, Bellyman and yesterday men playing cards, flattening a cardboard box and putting it over the round table top as a more appropriate surface. Another man, alone on a bench with a radio listening to the sport. It’s the summer, it brings everyone out, not always to do anything in particular but just to watch the day go by, this is how the older generation socialises, hanging in the park, talking. Not a mobile phone to be seen anywhere. You won’t see these people sitting together all on their phones, not communicating. How will the world be when the last of the non-digital generation have gone? I remember when a young lad came into the archive, picked up an album, removed it from its sleeve and asked what side the music was on.

Today I walked over the square and down towards the pool before I realised I should be in the parallel street. I was looking for the frighteningly named Scrape Needle Records. I’d passed it on a previous walk some months ago, it had been a Sunday and it was closed. Today it was open, it’s only small but it looked like a labour of love and inside there was a cool collection of contemporary underground and hipster titles from Godspeed You! Black Emperor to Goblin. I met Jusina (Josefina) who owns the shop and her partner Telmo, music lovers.

I could have bought ten albums, somehow I didn’t.

After this, I had seshes, first with Craig in Atlanta and then Stephen in LA. listening to the music, analysing what needs to happen to make it better. Star Trek: Strange New Worlds over dinner and boom my eyes went, the second time this week. As it happened today Olivia had bought me a small CBD oil bottle. I used it straight away and it did seem to help, something calming, I paused the episode, put on Pink Floyd and my sunglasses and sat in the semi-dark for 45 minutes waiting for the aura to pass.

I had a call with Salim in Texas and by 10 PM my eyes were back, my head not yet displaying that dull ache, that happened a little later. We planned and talked and laughed and afterwards, Olivia restarted the Strange New Worlds episode. It was better than the last two but this time they seemed to have taken the Alien idea, called it the Gorn and had some crew members dragged off screaming. It ended and I thought let’s watch the last episode of the series, but it wasn’t there, it is missing. Dear Paramount+?

Outside a flock of seagulls were squawking, screeching some streets away, the dog had finally stopped barking and a quiet fell on the outside. Darkness settled on the silhouettes of the houses, the angles of the roofs and the occasional defunkt aerial, ominous black shapes against a sky with no stars. 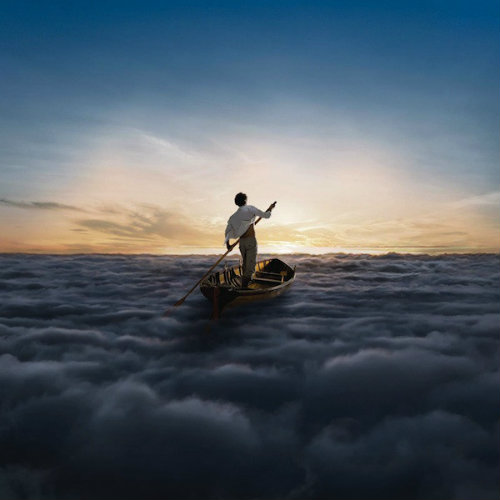 Music today has been Pink Floyd’s underrated The Endless River (2014), an album to soothe the mind when it acts up.