Today was one of those days that you never have time for, the day when you stay in to watch an old afternoon movie on the Tele. The third Noctorum album, Honey Mink Forever, had a tribute to the concept with the song Tora! Tora! Tora!. Those of you who watched ITV in the seventies and are about my age will know what I’m talking about. The introduction to the song (taking off the seventies presenter) was spoken by Dare’s friend David Bickley. Tragically, the drummer on the track, Mark Wilkin, was later killed in a motorcycle accident in Cornwall. On a lighter note, the film I watched this afternoon was The Band Wagon (1953) with Fred Astaire and Cyd Charisse. The old line, “They don’t make ‘em like that anymore” comes to mind.

Television, what a concept but who watches it anymore? The young’uns don’t and as the old guard blends into the soil, traditional television disappears. It’s a screen, yes, and you can watch television on the screen but with the streaming, the concept has become redundant which is why France is doing away with their public television licence fee and why the BBC will probably follow. We just subscribe to what we want to watch, makes sense, it’s the modern world. We couldn’t imagine being able to pick and choose, when we were kids we were stuck with what was on and had to wait for our favourite shows and if we missed one, it was a disaster.

Having said that and watching what we want, Episode 7 of Strange New Worlds was really terrible. Success sometimes seems to inspire a lack of quality, surely at this stage, Star Trek should be pouring the money into talented writers, not the comfortable established formulaic writers, true Trekkies want ideas. I always wondered why franchises or bands generally got worse the bigger they got. I suppose there are exceptions but the exceptions might be bands that were never too concerned with commercial success in the first place. One intriguing massive band who had a run of good albums is Pink Floyd (if you like that kind of thing), starting with that commercial psychedelia, the sound of the moment in the sixties.

They lose their Syd after the first album, The Piper At The Gates Of Dawn (1967), making another psychedelic follow-up with his influence and Dave Gilmour’s inclusion, A Saucerful Of Secrets (1967). Next, they do a soundtrack, More (1969), and then they make their fourth album, Ummagumma (1969), a mixture of live versions from the first two albums and the weirdest, most left-of-centre strangeness you’ve ever heard. It makes Zappa sound like Limahl. Several Species Of Small Furry Animals Gathered Together In A Cave And Grooving With A Pict comes to mind. Then there’s the album with the orchestra, Atom Heart Mother (1970), and then Meddle (1971) – short songs with unlikely vibes like San Tropez, the annoying Seamus and two other classic Floyd short songs, A Pillow Of Winds and Fearless and including one instrumental, One Of These Days. Side 2 has the classic epic Echoes with vocals but mostly instrumental. Then another soundtrack, Obscured By Clouds (1972), and suddenly from nowhere a massive commercial success with you know what (1973). But the point is the quality that runs through all the albums, Wish You Were Here (1975), Animals (1977), The Wall (1979), until perhaps The Final Cut (1983). But then for me, Pink Floyd are what I want music to be, musically interesting, that is Rick Wright, Nick Mason, Dave Gilmour and Roger Waters together. Not everyone wants what they did and I didn’t want what they did after Waters although I do have a soft spot for The Endless River (2014). 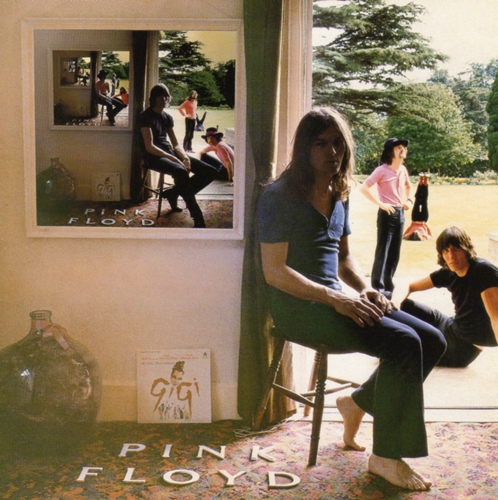 Music today has been that very strange double album Ummagumma (1969), don’t listen to it alone in a cabin in the woods with the electricity down.