An unexpected trip into town today after having been in already yesterday. I have a test pressing, a mystery test pressing of which two somehow were sent to me when one should have gone to Dare. So back down the semi-hill to where the post office should be. I turned right when the street started to get busy (after about eight minutes), the tourists swarming like a sci-fi movie where they surround you, smother you…and you slip out between their legs. I’d picked the street at random to escape and found myself on the street where the post office – used to be. I knew it had gone and I knew the location of the new one, I knew it was close by, I’d been there before, but I couldn’t find it. Around the corner was DHL, I walked in, how much to send this to England, “46€ ” – “Do you know where the post office went?”

DHL was around the corner from the post office, close to the new location in a business where they send post and the lady had no idea where it was. I got her to look online, got an address to another post office, somewhere else. Alright, a nice walk around town. I headed off in search of a post office I’d never been to. Why didn’t I just go to the post office in Marquês square around the corner from home? Well, it’s hell in there, there’s an air of misery, there’s one horrible fellow that works there, unfriendly, slow and seemingly angry if you want to send something overseas. It always seems to be his window that comes up. At other windows, it seems his vibe spreads and the whole thing is an unpleasant experience. That’s why I was heading for the one in town, they’re nicer and one particular fellow is super sweet.

Alas, their location was lost in the windy streets and I was heading for somewhere new. I knew the area, it was the end of Rua de Santa Catarina, and I walked past the famous Majestic café, past FNAC and the famous chiming clock on the corner and up the hill where the tram goes and into Praça da Batalha. It was off that square that the post office was lurking. I didn’t know it was there till today, it was a reasonable size, bigger than the Marquês post office and the queue was quite small, I got called to the window, the lady was lovely, helpful, friendly, quick. It cost 8€ to send, done.

I sent my granddaughter a duck-billed platypus from DHL Cologne. We picked it up in Oz, an odd creature that we saw at the Australian Reptile Park. I can’t remember what it cost to send to Sweden but it took 17 days, so much for Express and 46€, the post might just get there first.

On the way back from town I noticed an eleven-year-old in a Nevermind shirt, a twenty-year-old in a Stones Shirt and a thirty-year-old in a Ramones shirt except it wasn’t in English, it said Ramonas. That’s how popular that shirt is, not the band, the shirt. 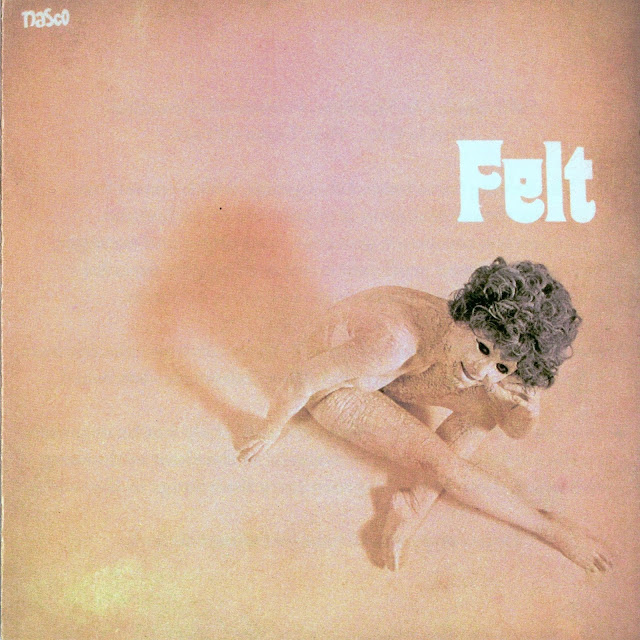 Music today was Felt, no not that Felt, Felt from 1971 and their one album that no one has ever heard (apart from the Anekdoten guys of course). Time for an obscure one, what does it sound like? It sounds like the era, that crossover from the late sixties to the early seventies.