First day back in the swimming pool after two months on dry land. What a thrill to slide into the water, that strange soft stuff caressing your skin, whilst somewhere outside it’s wearing down a mountain. I started just walking in the water (not on the water, haha) from one end of the pool to the other. I wondered if I would still be able to swim a non-stop freestyle mile after two months away. I started and the first ten seemed to take forever, the next twenty an eternity and as I got into the second half my arms began turning to jelly. At fifty I was hallucinating and at sixty I was fading but I made it. Oddly I’m never out of breath. I waited a while and did some laps of breast stroke and back stroke just to send my arms spinning in another direction. I’m back but unfortunately, the pool is closing for the August summer holidays, bad timing, I’ll have to research other pools in town.

Strange getting back into the routine to not be able to continue in it. The psychedelic psupermarket is pretty much the same although I’ve been searching for the sugar-free section. Also, they seem to have swapped the fruit for the vegetables and the vegetables for the fruit, disconcerting, parallel universe. Now I can get back into the routine for veggie juices one day and smoothies next, psychedelic fruits like dragon fruit and custard apple won’t be on the agenda even though I’m in baking Southern Europe but the papayas are ripe and available. I think there’s something about living in a place like this that encourages a healthy lifestyle. But what is that? Is it the sunshine? The vibe of Southern Europe? Or am I just older and trying to stay alive.

Getting older doesn’t mean there’s less to do. After the swim, ravenous, I ate the first and quickest thing I could find before I collapsed. There was no time to juice carrots or slice strawberries, I ate like a starved animal. I was fighting time as I had four seshes in a row from 5.30 till midnight and I wanted to be prepared. Craig in Atlanta, Fred in Minneapolis, Mike in Chicago and Noel in Surrey, busy, talking, thinking, helping, at 12.30 my eyes closed shut and I was asleep. 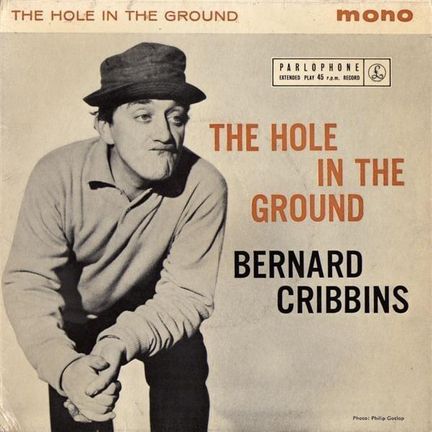 Music today has been something that doesn’t usually get played, a comedy record. It’s in honour of the loss of the great Bernard Cribbins who died on Wednesday aged 93. He had two hits in 1962 with The Hole In The Ground (No.9), produced by George Martin and Right Said Fred (No.10), sound effects by producer George Martin. Here are the lyrics:

Hole In The Ground

There I was
A-digging this hole
A hole in the ground
So big and sort of round it was
There was I
Digging it deep
It was flat at the bottom
And the sides were steep
When along comes
This bloke in a bowler
Which he lifted and scratched his head
Well, he looked down the hole
Poor demented soul
And he said
“Do you mind if I make a suggestion?”

I ask, what a liberty, eh?
Nearly bashed him right in the bowler

Well, there was I
Stood in me hole
Shovelling earth
For all that I was worth I was
There was him
Standing up there
So grand and official
With his nose in the air
So, I gave him
A look sort of sideways
And I leaned on
My shovel and sighed
Well, I lit me a fag
And having took a drag I replied:

Well, there we were
Discussing this hole
A hole in the ground
So big and sort of round it was
It’s not there now
The ground’s all flat
And beneath it is the bloke
In the bowler hat
And that’s that