Farewell to the hotel and small village of Dörscheid where silence reigns, day and night. I wonder if the trees are scared of rustling their leaves in the wind or whether the wasps of which there are many in this area have learnt to buzz quietly. On wasps, at the festival, Olivia’s dad Gerd had a wasp fly into his mouth, somehow he avoided being stung. I overheard one of the band members saying he was having some difficulty playing at one point because of the bees (they were wasps). I heard the same band member correcting someone who thought the clouds of midges were mosquitos. Distinctly different from each other, bees and wasps behave differently as do mosquitos and midges. If mosquitos flew in clouds like midges, we would be in big trouble and it’s rarely a bee buzzing around the trash or entering your sugary drink tin. I’m surprised people don’t know the difference with these creatures but then I wouldn’t know the difference between a cathode and a triode although the words seem to exist in my head and probably my amps (those are devices that bands used to use on festival stages).

We drove down to the Rhine and beside the river headed to Olivia’s parents’ house via an Esso garage on the way where we had agreed to meet the wife of one of the band members who had left behind some kind of digital box on a leather belt, perhaps this was his amp? In the end, she couldn’t make it but we were able to leave the belt with the digital cashier. There was a car wash there so we thought we’d get the festival dust off and drive the car clean back to Olivia’s mum. When we went to drive into the car wash we couldn’t get the aerial off the top of the car so we had to abandon the idea and get a refund. As we drove out it started to rain which de-dusted the car but it didn’t last and it looked even worse, the opposite of our goal. At least it was cooler today but still with the windows open, the breeze blew away at least the memory of the dust and the hottest festival on record.

We dropped everything off at the house and went shopping for dinner, saying hello to the Portuguese woman in the bakery as we entered the shopping centre. “Tudo bem?” – “Sim, tudo,” was her reply. I had to be back for a sesh with NJ Brian (that’s NJ Brian, not DJ Brian) and later for a sesh with Ohio Jeff. It’s been a while since I’ve been home in Porto where seshes are more frequent as I’m in one place, not galavanting around the planet hanging at festivals or spending weeks intensely in the studio. Home soon.

After the seshes, I collapsed into a heap and had to wake up to go to sleep. I‘d had an issue with my foot the night before, some kind of muscle spasm that occurred a couple of times a minute that was painful and keeping me awake. I think it was as a result of the Blunnies hell, honestly, if I lived on a planet with domestic robots I’d have one of them walk around in my new shoes for two weeks. My new shoes might look worn in with the festival dust but they really aren’t, how much longer will it take with plasters and blisters, squeezing and pain? 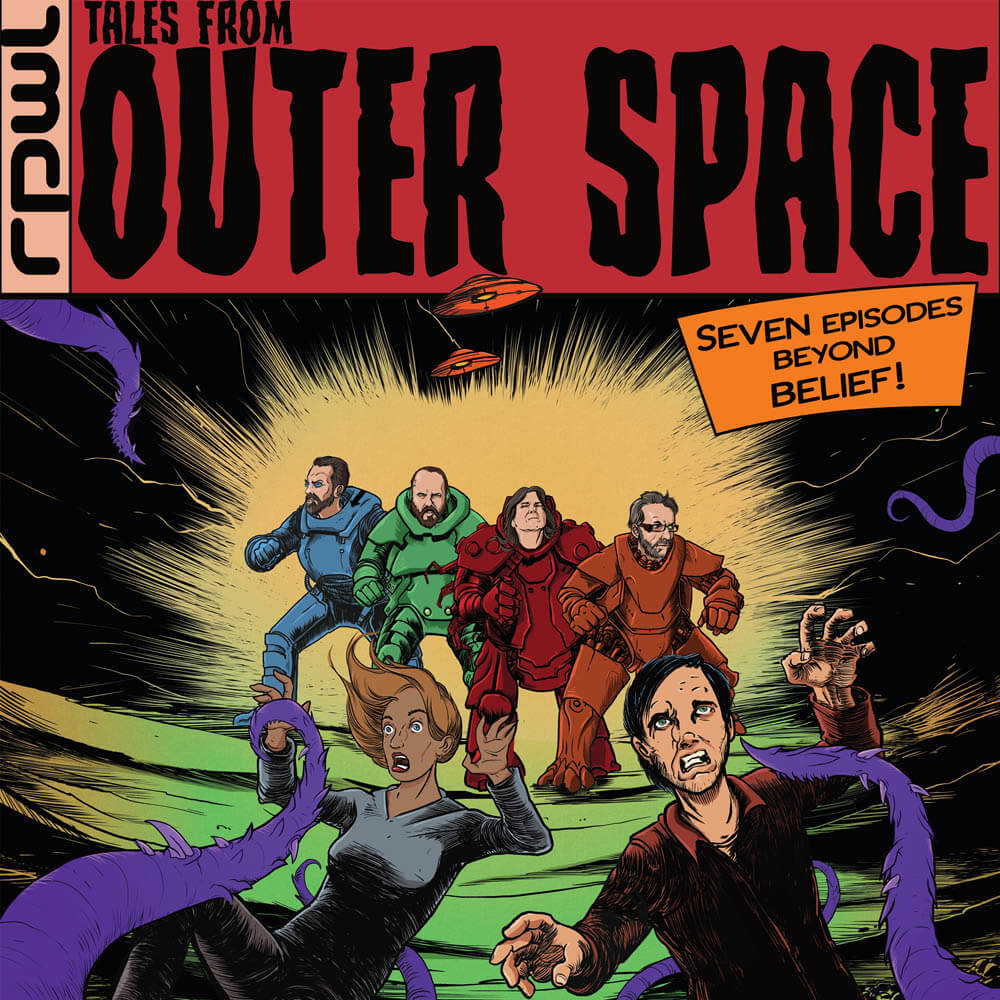 Music today has been RPWL – Tales From Outer Space (2019) as I have another go at getting into their music. My mate Biggles and his wife Colleen are big fans. I liked the album a lot more than I liked the live show. I wish they’d been softer live and harder on the record and everything digital in the guitars condemned to history, except where the part is digital by definition. An example from the ex-band might be Kings (digital delay), Reptile (analog delay) and never the twain shall meet. Also how a band chooses to sound is their own business, I’ll be listening to more of their records, starting with the provocatively titled debut God Has Failed (2000).