Last day of the festival and the hottest. Up to 34 (at least) today and there’s little shade in the amphitheatre. You have to be under the trees at the back of the venue and there are not a lot of trees to get under. If you wanna be close to the stage you’d better be wearing high-powered sunscreen and many hats. Consequently, my spies told me that one particular side of the amphitheatre was being avoided but escaping the sun completely was nigh on impossible. I wasn’t there to experience this, I stayed in the hotel till Gerd, Olivia’s dad, picked me up. He was supposed to get me at five so we could see Colosseum but there was an accident on the road so he was sent on a wild diversion that had him drive 200 instead of 80 kilometres. He finally got to the hotel at 5.45, not so perfect for Colosseum but perfect for missing the worst of the sun.

Luckily the best of Colosseum was to come, I suppose, I wasn’t there for the first two or three songs but by the time I sat down to watch them ducking low as the sun was sinking behind the stage, it seemed like they were really hotting up (as the venue was cooling down). Band leader Jon Hiseman died in 2018 and although there were no original members from the first two Colosseum albums, Those Who Are About To Die Salute You (1969) and Valentyne Suite (1969), Clem Clempson appeared on the rejigged US compilation album The Grass is Greener (1970), adding four new tracks and replacing the departing James Litherland’s parts on four more. The next album Daughter Of Time (1970) featured Mark Clarke on bass and Chris Farlowe on vocals, all three are here tonight. Side note: Litherland is hip contemporary artist James Blake’s dad!

What a relief to hear Clempson’s Les Paul going through a Marshall and Fender Hot Rod (I think). Tone, tone and tone, another world next to RPWL’s guitar tones, ampless, digital I presume, who came on between Colosseum and PFM. Chris Farlowe is 81, I talked to him after the show about the day he talked to Mick Jagger about recording their song Out Of Time, a No. 1 single in the UK in 1966. He told me he arrived at the studio to find a full orchestra, he hadn’t been told that this was how they were going to record it having first heard it with Mick playing it to him on a guitar. Side note: Jimmy Page was the guitarist on the recording.

I talked a lot to Mark who is from Liverpool and played with many luminaries from music history, I won’t list them here, check out his link. He had Beatles stories! His daughter Paige was there, American, they live in New York. Clempson was a little frosty, I told him I listened to Humble Pie’s Rockin’ The Fillmore as a lad, he wasn’t that impressed, haha, he told me he was listening to Jeff Beck then. “Me too,” I said, and we had a short conversation about tremolo bars before he scurried off. It didn’t seem Humble Pie chatter was his chosen subject. Malcolm Mortimore played the drums, he was with Gentle Giant for their Three Friends album and I saw him play with Three Friends (the band) a while ago.

I didn’t meet the keyboard player, I did meet the sax player Kim Nishikawara (Jon Hiseman’s wife and sax player Barbara Thompson died on July 9th). As Nishikawara went to the band car he took off his backstage pass and threw it backwards over his head, landing on the ground. I’m not sure why he did that. 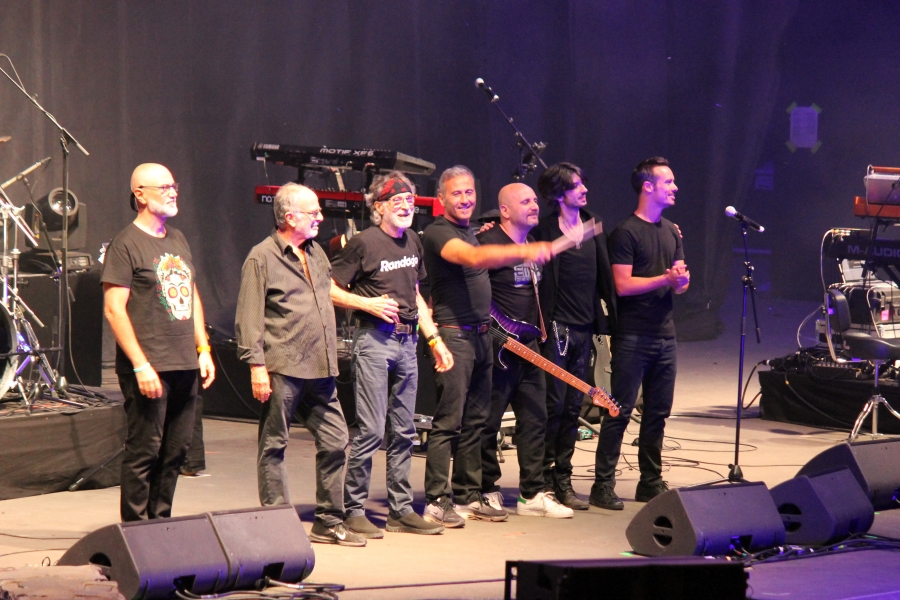 The soundman Marco from PFM was a big ex-band fan and he’d seen us play at the Town And Country club in 1986. PFM were amazing, complex, yes, but just operating at another musical level with their arrangements. Guitarist Marco Sfogli was not my cuppa tea (although he was surely somebody else’s), all these fast players don’t do it for me, only Ollie Halsall ever did. Franz Di Cioccio, drummer and the main lead singer, was a sensation as he jumped backwards and forwards between the drum kit and the lead vocal position at the front of the stage. Additional drummer Roberto Gualdi and Di Cioccio took over from each other in mid-beat, I’ve never seen that before. Classical, jazzy, progressive, exceptional musicians, they were a high point of this progressive festival. 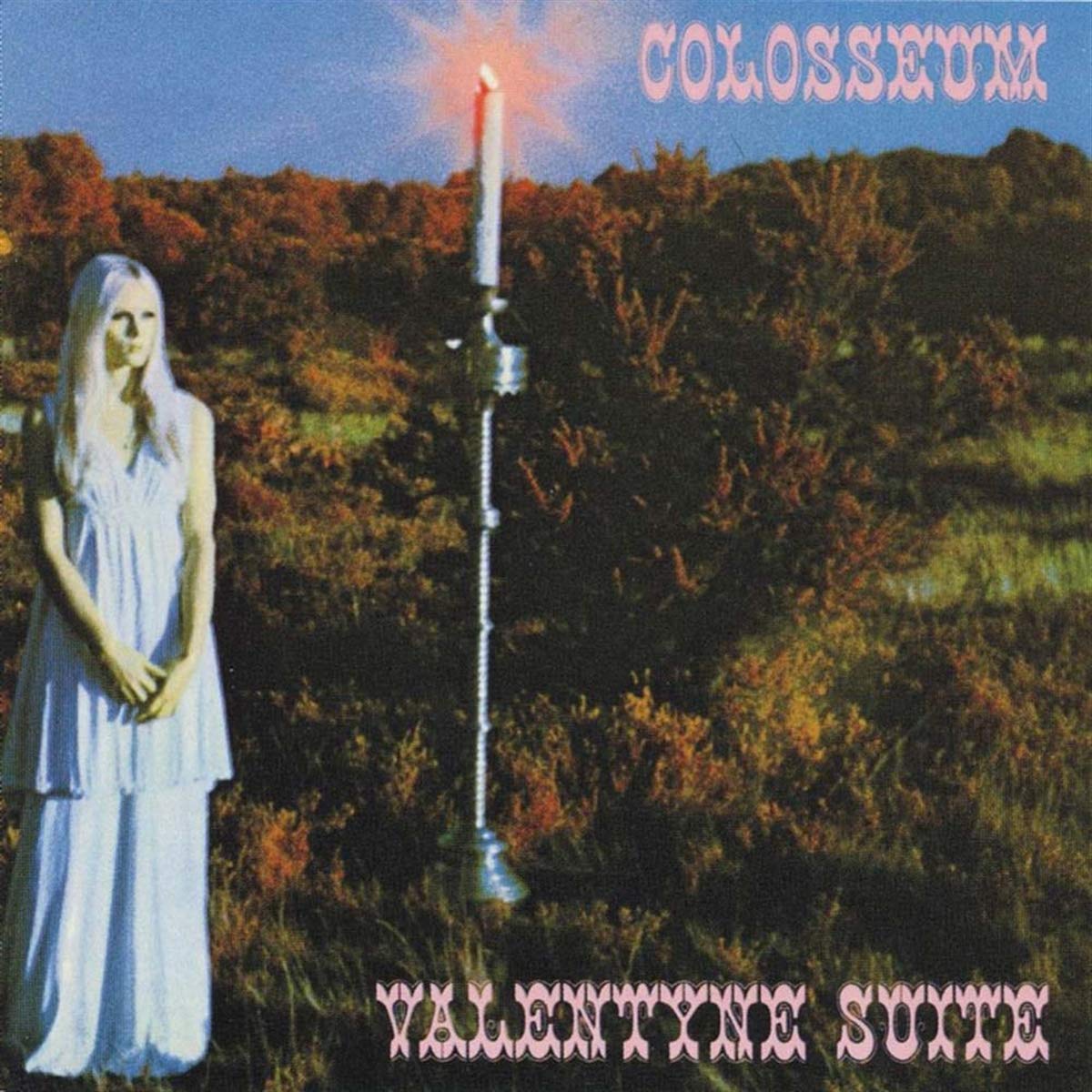 Music today was Colosseum’s Valentyne Suite (1969) for the cover alone. Chris Farlowe told me a story that Hiseman didn’t know who Jimmy Reed was, confirming his jazz credentials.