The first day of Night Of The Prog, Olivia came and picked me up at elevenish, she had to get up at sevenish, but I was close enough for her to come and get me from the hotel when she had a small break from her duties. At the festival it’s hot and there’s little shade but I left Olivia to work and headed out into the amphitheatre to check out the record stalls as they set up and get a general view of the stage. At the front gate, a queue had started and the Dutchies that I have befriended here before were at the front standing waiting in the sun. We chatted through metal grating before I moved on to chat to the record stall folks who I also know from previous trips here. Just before one o’clock I went and confirmed with the Dutchies which tree they wanted to be under and sat in that spot till they were allowed in, they were grateful to be in their favourite position and under a tree in the heat.

I watched some of Soulsplitter and listened to a bit of Smalltape and Blank Manuskript who we will play with (Anekdoten) in September in Spain. I watched Pure Reason Revolution and The Pineapple Thief, both of whom had no amps on stage and were generating their guitar sounds digitally. I guess this isn’t what I’m after in a live band, and musically it’s not my scene either. Renaissance came on and the singer had a lot of issues with tuning so I didn’t stay long. Plus Renaissance after The Pineapple Thief was like salad after beef.

I hung with Gerd, Olivia’s dad for the last three bands and he was happy to leave early from a packed car park. A lot of people were leaving during the Renaissance set, which is a shame because there were a lot of people there to see them. We cruised out of the venue and he dropped me off at the hotel where I tried to stay up and wait for Olivia, I didn’t manage it, my eyes were closing.

Overall too hot, not really my kind of music and some sounds I wasn’t into and as usual the drums were way too loud for everyone. It’s as if power is the only way to impress an audience over songs, performance, skills or just a great vibe. Perhaps tomorrow it will be more my thing although Steve Hackett is headlining and we just saw him in Sydney. Still, it’s always great to hear a track or two from a seventies Genesis album. I wore my T. Rex T-shirt at the festival amongst all the prog shirts and I’m reminded in this audience that there are aspects of prog I like and it’s mostly the classic seventies records more than the neo-prog or retro prog or virtuoso prog, or elf prog, I’m not a prog fan like these people are. Also, I think one of my main problems with live gigs is the fact that they are live, you have to be really great to be better than the album for me. The last time I saw a band that truly blew me away live was ten or fifteen years ago and that was Sigur Rós at the Eden Project. Last but not least I didn’t hear a memorable guitar sound or witness a memorable player all night, my top 147 is not under threat. Every guitar was way too new and way too shiny. 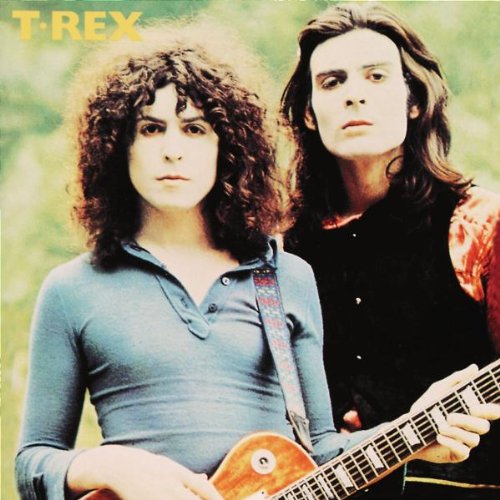 Album of the day was T. Rex (1970) despite my T-shirt being Electric Warrior.