We made it! Door to door it took 36 hours, no mean feat, our bodies are in tatters, Olivia has succumbed to a nap but that could be dangerous because she is planning on an hour and a half, only your body thinks you are sleeping in the middle of the night and you wake up like a pharaoh as if you’ve been in a tomb under the Egyptian sand for 5,000 years. We have now been awake for over forty hours unless you count the head-bobbing hell of trying to sleep sitting up in a seat with the engines roaring in a cabin full of strangers. You are either crushed in the middle seat or a target in the aisle where the crew constantly walking up and down brush by you if you are an inch over the edge of your seat. The fella in front has his seat back, you put yours back and then when dinner comes you have to put it forward so the fella behind you doesn’t suffer through a cramped dinner. Then there’s the benefit of getting your Asian veggie meal before everyone else but the empty plate sits there for an eternity as you’re jammed between the tray and your seat back, sitting up straight, tired and desperate for the loo and just wishing that the whole ordeal was over.

When that final flight touches down the relief pours out of you. Three flights of around seven hours each and all the stopovers in between, all the waiting, queuing, the security, the taking your clobber on and off, the computer out of your bag, random explosive residue tests, mandatory masks. Luckily I didn’t attempt to wear my Blunnies, I wore sneakers which meant I didn’t have to remove shoes before going through the metal detector plus I wasn’t fighting my swelling feet on the plane and struggling to get my shoes on and off, it would have been a disaster. The last two legs were Emirates, the first Qantas, and everyone was nice and helpful, but it would be wonderful to travel business class, that extra bit of space would make a big difference on a trip this long. Possible solutions: Lottery ticket, Beyoncé covering your song, robbing a bank, there must be a way.

At the passport control, hordes of people and few windows open to deal with them. Whilst we waited in line another flight showed up but the windows were only occupied by four border officers. When it was our turn we explained that I have a British passport, my wife is German, I’m a Portuguese resident and that I have all the appropriate paperwork that proves I am a resident. But after 18 months, the Portuguese authorities still haven’t issued my residency card. The card is applied for but the fact that it’s coming wasn’t enough for the German border and although they were nice about it I had to get stamped in. The problem is that the next flight is to Portugal where there are no border controls so I can’t get stamped out. My next flight is from Germany in November and on my return, if I have no out stamp it seems like I have overstayed my legal limit. Further inquiry behind the scenes had the office tell us that if we had ticket receipts that proved I left, we would be ok, but, you never know who you are going to get, so instead of risking that, Olivia and I are considering flying cheaply to Morocco for a few days to get in-and-out-of-Europe-stamps. Another example of being forced into paradise.

So here we are in Germany, Olivia’s dad kindly picked us up, it’s an hour and a half from parent land to the airport. It was warm, 26 degrees at 9 AM, and we were soon on the Autobahn, left-hand drive, checking out the different colours of the vegetation, different to what we had experienced in Australia. We ended up stopping for a sandwich, the loo and a coffee. We got talking to a couple from Switzerland and Gerd sat patiently in the car. They inadvertently charged Olivia for two Dutch blokes’ sandwiches as well as mine (which they had to remake without the tomato). We left the A3 and partly took the scenic route home along the banks of the Rhine, past Charles Bukowski’s birthplace (Andernach) to the house where we were greeted by Olivia’s mamma. Now how long can I last before I succumb to the sleep monster too? 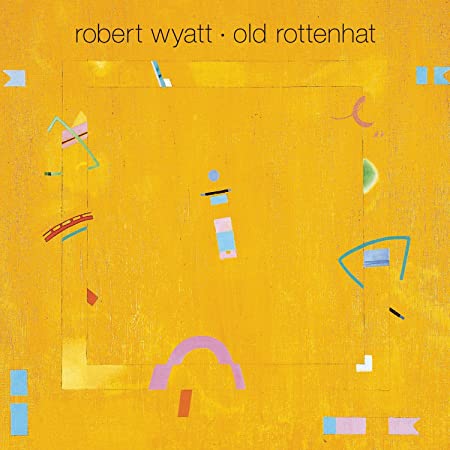 I only listened to one more album at the end of the journey before we landed in Germany, Robert Wyatt’s Old Rottenhat (1985), political, guitarless, unique, a voice like no other.