Today was the last chance for record stores and books, so we started in Dee Why with Sandy’s Records. They’ve been there since 1976 and before that were in Narrabeen from 1973, that’s almost 50 years, quite an achievement for a record store in this day and age. Jenny and Nige run it. It’s new records and I found a Record Store Day Warpaint vinyl, The Fool. I’m a fan so I bought it as I missed out on it last year. I’m still looking for The Sweet Platinum Rare Volume 1 which now is some crazy price on eBay (I managed to get Volume 2 this year). This awful thing about queuing up and buying up Record Store Day records and then selling them for extortionate prices. It reminds me of the hand sanitiser scoundrels. When Covid came everyone ran out so some shops were selling it for crazy prices and people were paying. Some types see opportunities to make a profit in these circumstances, others don’t.

After Sandy’s, we went to Egg Records in Newtown to see Baz. By some miracle, we found a park outside. Tony brought Baz some Arktik Lake EPs and we had a peruse around the shop. I bought a Japanese pressing of King Crimson’s In The Court Of The Crimson King (1969) and some other cheaper Australian pressings (Focus, Carla Bley) as well as two T-shirts, Television – Marquee Moon and T. Rex – Electric Warrior. I’ve been trying to find new T-shirts, in my old ones the holes are bigger than the shirt, it seemed like the right time.

We left and went to Elizabeth’s Book Shop on King Street. I’ve been wanting to buy some old Penguins and found some great ones there. H.E. Bates, Graham Greene, Somerset Maugham. Living in Portugal I don’t find books like this. There’s one second-hand shop that has a few English books, but it’s very limited. There’s a new bookshop that has some classic English fiction but I like these old Penguins, I bought eight. Olivia also found a book in the foreign language section, a Murakami in German.

From there it was veggie sushi and back home to prepare for the lads from Arktik Lake to come around to say goodbye and to listen through to the roughs. My parts are done, lead vocals, lead guitars, and guitar parts but when I’m gone DC and Nige will do backing vocals and Nige will do percussion. Then we’ll need some keys, some piano, some Hammond, some Mellotron. I have to ask Anekdoten’s Nicklas but this is in the future, they need to finish with the backing vocals and percussion first and also put drums on two new songs we have recorded, so we’re not ready yet.

Last day tomorrow and we’ll be fitting in the dinosaur museum and I’ll also be trying to find a lead for my dinosaur-like iPod which doesn’t seem to be working, which means I can’t charge the pods and will have no music for the flight, fingers crossed. 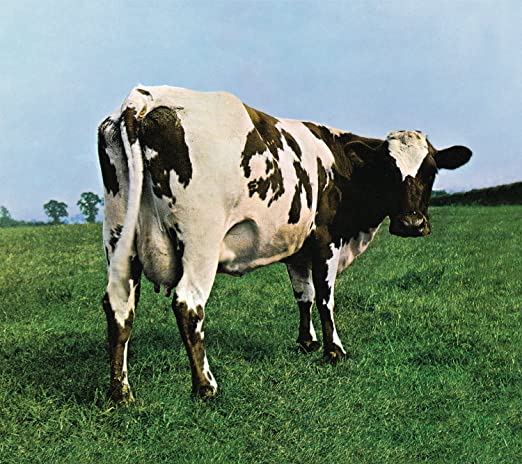 Music today was Pink Floyd’s Atom Heart Mother (1970). I’ve always liked this album a lot. When everyone had gone, Tony put it on. I spoke to Dave Gilmour about it when we had him in the studio with All About Eve. He didn’t seem to like it much because of the “slowing down”. I get it but I like it anyway.