A Sunday of sitting, any day off is a mixture of recovery and catching up. It doesn’t matter if you are indoors or outdoors, it’s always that Sunday feeling. A mood in the air but this time magnified by the fact that tomorrow is the last day in the studio. This is also our last Sunday in Australia, the last Sunday we’ll look out at the Pacific, to see the headlands poking out into the sea and the Narrabeen beach. No more Sundays looking at the palm trees, the bottle brush and the eucalyptus tree. No more Sundays hearing the cackle of the kookaburras or the shrieks of the sulphur-crested cockatoos. No more lorikeets in the tree by our bedroom window or indigenous minor birds on the balcony. Farewell.

It’s not just the wildlife, it’s also the last Sunday for Buddy the dog and his sad eyes as well as Chanel the Birman, the most beautiful cat in the world. It’s been nice staying at Tony’s house, there are humans there too, his sons Sandy and Isaac and Tony himself, hospitality beyond. Thank you.

It’s men’s final day for Wimbledon, Djokovic vs Aussie Kyrgios but having been in the studio for ten hours a day for five weeks and any days off have been catching up, so not much time to watch any sporting events, luckily the football season hasn’t started yet.

Then there’s Stranger Things to watch, the continuation of War Of The Worlds and the new albums, The Smile, and Porcupine Tree to name but two. There’s been no time to read but is there ever time to read?

Tony’s mate Ian came over for dinner Tony, cooked for him and Olivia cooked for us. We played some roughs of the record we were making, no vocals, just listening to guitar tones and half-made songs. We ate, Ian left and bang, my eyes went. I suspect it’s the soy sauce, it often happens after soy sauce, it’s soooo frustrating. I thought ok, I’m going straight to bed…and that’s what I did. Sleep it off, always works. 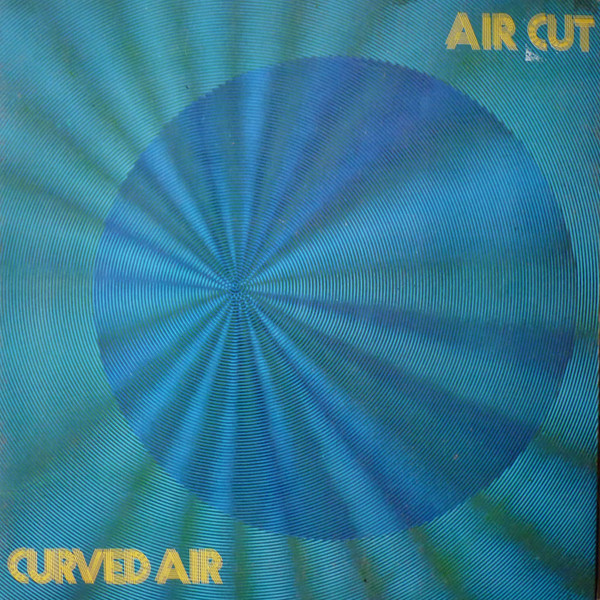 Music today was Curved Air – Air Cut (1973). Their fourth album saw the departure of three key members, leaving only singer Sonja Kristina and bassist Mike Wedgwood from the previous lineup. I saw them live in the seventies at the Liverpool stadium but the earlier lineup was back together with Darryl Way on violin, Florian Pilkington-Miksa on drums and Francis Monkman on guitars and keys. Great, I always loved Curved Air. Later Stewart Copeland joined and Sonja Kristina married him.