Today was my last vocal day in the studio, singing one of the new songs that we recorded from scratch, the other newer song is an instrumental. We had six songs prepared with backing tracks, drums, bass and backing vocals, but these two we reverse engineered, playing to a programmed drum – the real drums will be added after I have gone. We have just one day left, Monday, where I have at least one solo to play, there may be more bits too, we’ll see. We are also looking at remixing two of the songs from the EP to make a ten-track album, although time-wise we really don’t need it. It seems there’s some kind of psychology around the number ten, just ask Boris.

At least I was feeling better today, I think it’s harder to sing feeling off than playing the guitar feeling off, you have a weapon when you play, whereas you are the weapon when you sing. I had to sing one half-verse on one song that I’d somehow missed, plus a lead vocal on one of the new songs, and finally singing an octave part on a song that I’d already sung with a double-tracked low octave. We left this one till last as it was on the edge of my range and we didn’t want to blow my voice out when I still had the lead vocal to sing on the new song. All went well except the higher harmony on the new song wasn’t right with my voice, I had to force it to reach it and it needed to be sung by a voice with a higher range so DC will do that and other backing vocals later. I’m finally finished with my vocal parts, phew!

Tony came in for the first part of the afternoon and left us to it. We went back to the usual coffee place but when we got to the studio, my coffee wasn’t what I usually get, strange timing after the perfection of Amanda. Amanda’s coffee place was closed today because it was a Saturday and they are situated amongst businesses rather than domestic houses. But there’s something odd about Australia during the week, it seems that coffee places close for sandwiches and coffee by 3 PM at the latest. Where I live, the coffee place nearby closes at 7 PM and the one over the road at midnight. Different cultures see things differently I suppose but I feel for the Aussies who can’t get a coffee and a sandwich in the late afternoon, my lunchtime.

We won’t be frequenting the usual dinner haunts anymore past Monday, today was the last falafel, sounds like a film. I told the boss, I’d see him next year, although you never know when you’ll be back somewhere, the last time I was here was ten years ago. Maybe it won’t be so long next time, if it’s ten years, I’ll be 74. In the sixties, you were old at 40, having said that hitting your mid-sixties does make you contemplate the universe as friends, musicians you have followed, and actors you grown up with have all died, some of them younger than you. Andy Fletcher from Depeche Mode was 60. James Caan just died, he was older, he was 82. Most people know him from The Godfather (1972/74) and I realised that although I was very familiar with his name and face I couldn’t remember seeing him in much and even in films I think I’ve seen (haha) – Herbert Ross’ Funny Lady (1975) with Barbra Streisand, although I think it was actually Funny Girl (1968) that I saw, without James Caan. Then there’s Richard Attenborough’s A Bridge Too Far (1977) and Lars von Trier’s challenging Dogville (2003, I really did see that). I realised that I hadn’t actually seen much of his film career. RIP James Caan, death has that frightening legacy in life where you go from ‘is’ to ‘was’. 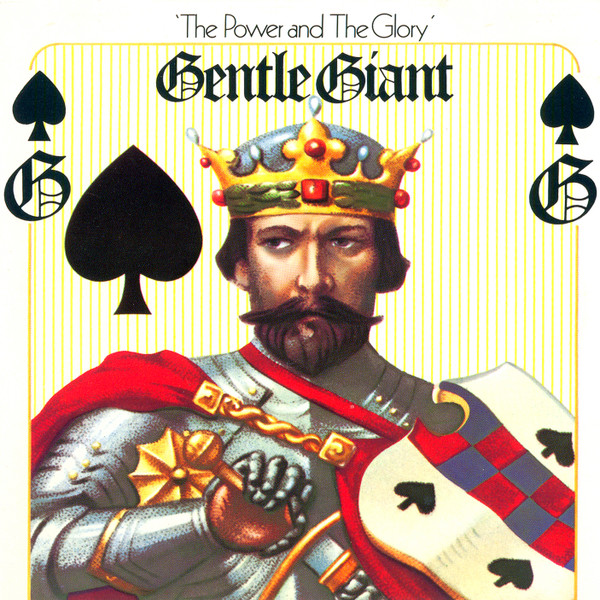 Music today was and is Gentle Giant‘s Steven Wilson-remixed The Power and the Glory (1974/2014). I don’t know, perhaps because of The Godfather or maybe I just like this band a lot.