Saturday was the day for working up two more songs that Tony had on the drawing board for the album. The plan was to spend the late morning and early afternoon working on the pieces. As it happened, on the first song, Tony’s garage band demo of the instrumentation and my YouTube demo of the vocal melody were quite clear about how the song should develop, the second was less clear so we decided that we needed to get to DC’s house in Manly to consolidate the demo with him so that when we get to Oceanic Studios tomorrow we’re not spending costly studio time working things out we could have done at home. These days a lot of major studios have closed down because technology has advanced so much that you can make records at home, that’s true, but good luck turning up your Vox AC30, and plugging in your Rickenbacker in your flat and good luck duplicating the sound with a digital plug-in.

There was a nice story this week, which I hope to enjoy myself one day. Randy Bachman has had his stolen Gretsch guitar returned to him after 45 years. It’s been 30-something years since my rare Rickenbacker 12-string was stolen in New York. Keep your eyes and ears open, it has to be somewhere. These instruments are special to us, irreplaceable, I’m still sad about it.

After putting some time into the new songs this weekend, avoiding the flood on the front at Manly and experiencing a drastic weather change that has turned Australia into a squall, we headed out for dinner. So, we’re in Collaroy, dinner was in Paddington, but the weather was a monsoon and Paddington isn’t the easiest place to get to from here on a beautiful day, on a day like today it’s a challenge. Tony dropped us off at the bus stop and we caught the bus to Wynyard in the city which took nearly an hour. We managed to get the top seat on the double-decker B-Line express but the rain drenched the window and there are no windscreen wipers upstairs. Also, the bus is careering along, banging into overhanging branches and speeding down the bus lane with cars so close to the adjacent lane. I don’t drive, this is one of the reasons why.

In the city we went to a café where I wrote the blog, Olivia posted it and I did some Swedish. We only just managed it as it was closing at 6 PM. In the cafe were two Spanish-speaking girls, one from Spain and one from Colombia (I asked). I was commenting on how fast they spoke but she said English was also fast to her. Outside the cafe, it was torrential rain. Tony had lent us an umbrella and as we stood there I realised that after not being here for ten years I wasn’t really sure where to get the bus to Paddington. Next to the café was Wynyard station so we took the train one stop to Circular Quay thinking that the Paddington bus would go from there…not any more. An express bus to Bondi came so we hopped on it and got off in the Paddington main street, which is just where we didn’t want to be. In the old days, you’d get the 389 to Paddington from Circular Quay and it would drop you off in Five Ways where we were going. We took the 333 in the direction of North Bondi and by the time we hit Paddington town hall the rain had eased and we were at least in the right suburb. No wheels, the bus and the train are the only options, the Ubers are expensive here.

This is where the Chauvel Cinema is. I remember once going to see Tarkovsky’s Andrei Rublev (1966) there. It had an intermission and ninety per cent of the people didn’t return for the second half, missing one of the great and spectacular moments in world cinema (for you to discover). It’s been years since I was in Sydney and wasn’t quite sure which street to take down to Five Ways, three local people later, a bouncer, an off license worker and a store worker – no one could tell us. Two of them had never heard of Five Ways and one looked like he might be pretending he had. We wound our way through the labyrinth of lower Paddington, through the lovely houses with their wrought-iron balcony railings, lost, until we stumbled on an open store where the lady let us use the computer to find it…we were close.

(By the way: Bottle Shop = Off License = Liquor Store).

At the restaurant, we met Lucy who organised the dinner (and I who married 43 years ago). She initially got me to Australia (she also found me a pair of black Blundstone 500s today, a must-buy for an Australian visit). There was Tabby (her daughter) and boyfriend Charles, and Giselle who I met when she was at MMA, INXS’ management company and a publishing company who had signed me in the mid-eighties, a great friend who in recent years of geographical distance and ups and downs of reestablishing where I lived, I’d lost touch with. A great night. Giselle kindly sorted out dinner and got us back to the bus at Wynyard. The trip home was equally challenging but happily without the rain. The bus dropped us off at the Collaroy shops and we had to walk up the hill to Tony’s house, as in Paddington, it was dark empty streets, the rain had trapped everyone inside despite it being a Saturday night. Everyone keeps on commenting on me wearing shorts, perhaps because I’m the only one, but after living in Stockholm, nowhere south is cold. 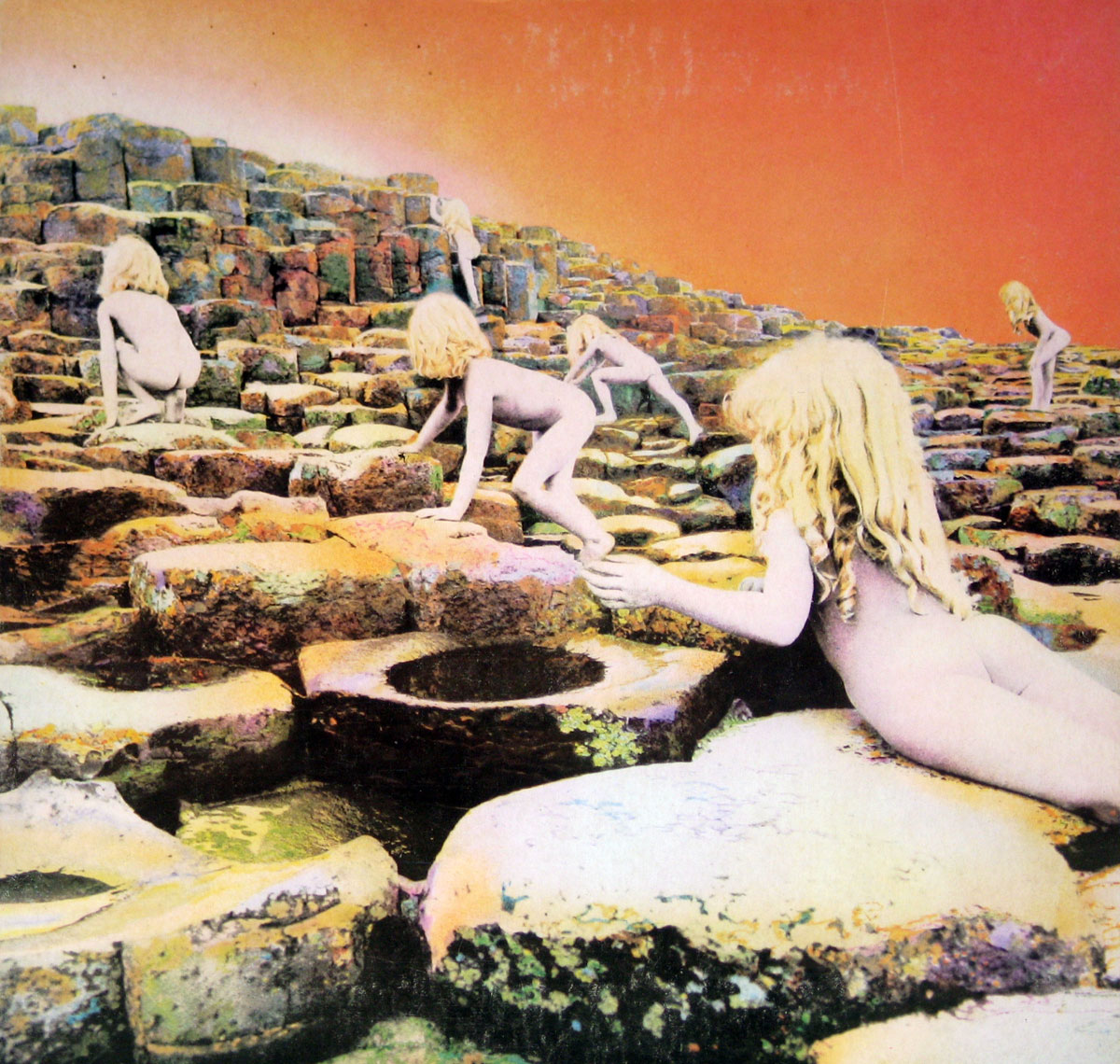 Music today has been Led Zeppelin‘s Houses Of The Holy (1973) because of The Rain Song.