Somehow July arrived. I wasn’t expecting it, it just turned up on the doorstep unannounced. I was barely awake, I hadn’t had a shower, I hadn’t cleaned my teeth and worst of all I hadn’t paid the rent, I was going to be a day late and then I realised I’m in Australia, living in the future, ‘no worries’ paid on time.

Today was another comp day in the studio, we’d worked till late the night before, I was so tired that my eyes were stinging and there was no way we could get the job done before we left, we had to continue the next day. Usually, we don’t do this because if there’s something that needs fixing and you leave it overnight then everything has changed. Not the studio or the mic, the recording equipment or the people, not even where you were standing or your mouth’s vicinity to the microphone, but a mysterious something else, the mood, the electricity in the air, your attitude. Add to that the chance for your voice to get a good night’s sleep, it comes back refreshed and that’s the last thing you need because the night before was the end of the day and the voice was getting tired, croaky, worn-in, at the place between having not sung and having sung too much, perfect.

The comp went well, I’m singing this song in a very low voice, there are five verses and the song is nine minutes long. The idea was to sing the whole song low and then sing the whole song high. Originally we thought just sing it low but thought that it might need more flavour. So after the comp was complete I went in to sing it high, agggh, didn’t work, too high, not a good tone, shrieky and then I thought aha, my secret weapon…Olivia. Of course, it worked and although she has to learn it before she sings it properly, now we have the answer as to how to move forward, that’s making records (my favourite phrase of the week).

After we had established where we were going on this song we moved on to violin parts on the song we had been working on the day before. Olivia had done some great multi-tracking of herself but now we needed some long string lines in the coda but first, we had to work out the notes. We took some time and worked on a section of twenty-plus bars, after that some single notes as the acoustic guitar hung over at the end, another long song, happily long. 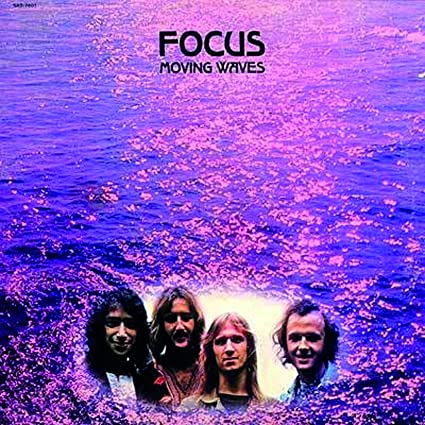 We went home and I went straight to bed, I had a sesh with New Jersey Brian in the morning and at this point, my eyes would no longer let me focus, so consequently, album of the day is Moving Waves (1971) by Dutch giants Focus because we are also by the sea.