Guitar day in the studio today but that means getting set up for guitars and that means sorting out which amps we’re going to use on which song and which guitar? It also means do any of the guitars need restringing? It’s all very time-consuming but ultimately leads to the pleasure of playing the guitar on another record. I was enjoying playing the Gretsch the other day because it’s an old one but it needed new strings so Tony strung it up today and I used it on today’s track, it sounded great, felt great, old guitars have soul.

When you‘re in the studio making a record it’s hard to keep up with everything else but I am going to be doing seshes in the mornings here before I go in. Emails and messages are hard to keep up with but if anyone is trying to get hold of me please be patient as I have to prioritise and I will be in touch in the coming days if not sooner. In the meantime, if anyone wants to get a signed Arktik Lake Vinyl EP, let Olivia know and we’ll get one off to you.

I suppose that after long days in the studio, the blogs are going to be shorter because I can barely keep my eyes open when I get in. Tonight I managed a cup of tea and an album to listen to whilst I write but I’ve had two eye aura attacks in the last two days and one when we landed so that’s three in a week, not good. 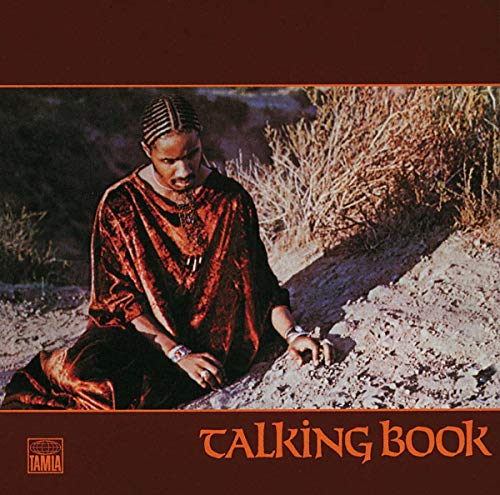 Music today has been Stevie Wonder’s Talking Book (1972) because we talked about Jeff Beck playing lead guitar on one of the tracks and being involved in the song Superstition’s creation although he doesn’t have a songwriting credit for it. The story goes that Wonder found out Beck was a fan and asked him to play on the album, in return Beck asked Wonder to write him a song. Beck came up with the drum beat and Wonder did the rest. Originally the song was to come out on Beck, Bogert & Appice’s album but the song was such a classic and after a delay in the release of their album, Wonder released it first on Talking Book.

The opening track on the album is You Are The Sunshine Of My Life and interestingly has Jim Gilstrap sing the first two lines of the song with Lani Groves singing the next two. Gilstrap has an impressive CV as a session singer but it seems like an odd idea and one wonders why he chose to do it this way.