The next plane was better, it was one of those massive Airbuses, the A380, one of those gigantic engineering achievements, a credit to human ingenuity, a flying beast that ferries people all over the world but pollutes as it does it, it’s the only part of the equation they haven’t figured out. The gadgets were more sophisticated than on the plane of the first leg, just newer with bigger viewing screens but still with the same crappy headphones. So even with the improvements, I decided to just snooze and listen and see if I could fall asleep which I think I did here and there.

Thirteen hours later we landed in Sydney and found ourselves in the inevitable passport control queue. Luckily we were close to the front of the plane which put us close to the front of the queue. There were two windows open and hundreds of people to process, including all the crews from all the different airlines, wheelchair passengers and old ladies with walking sticks. Eventually, after about an hour another window opened and a rather impatient and arrogant man took care of the crews separately after calling them to him. If we’d been at the back of the plane and consequently at the back of the queue we would have been waiting for hours. Plus other planes were landing with hundreds of people arriving from other destinations. Allegedly, the border control, literally can’t get the staff.

Our work permits sorted, we were happy to sail through without a hitch when we did finally make it to the passport window. We picked up our bags which had been spinning around the belt a long time before we plucked them off and went through customs again without a hitch. I’ve had my bags searched so many times here, but not this time. Arktik Lake Tony was there to meet us and we walked out into a cold gusty Sydney winter, except the sun was still shining and winter here isn’t quite what I experienced living in Stockholm.

First thing we had to do was go straight from the airport to a PCR test, which again was simple enough despite the intrusive nature of the swab. Tony picked us up some take away and we headed to his house to eat. He lives in Collaroy on the north shore and it’s interesting for me to be here because for all the knowledge I have of Australia, the places and the parts where I have lived, I’ve never spent much time on the north shore. Manly is close by and for all the times I was here I can only remember going there once or twice despite it being a well known and populated place with a beach and shops and the attractions of the area. Of course, over the years I played here at the Dee Why Hotel, the Chatswood Charles, the Mosman Hotel, the San Miguel Inn and the famous massive Manly Vale Hotel which they eventually demolished and built houses on its site. From Tony’s balcony, you can see the beach at Narrabeen, the location of the famous Royal Antler Hotel where we also played. The tests came back negative.

Tony has a beautiful view across the water and we sat on the balcony to soak up the atmosphere, the gusty wind was bending the palm trees, and the rainbow parakeets were hanging in the branches of the other odd Australian trees that I can’t name. It was close to noon, Tony went off to work, and Olivia to bed, I watched Nadal beat Djokovic in the fourth set and then followed Olivia to sleep off some of the journey. 6 PM we woke up, Tony came home and we went for a nice Thai dinner and a look at the ocean, a quick walk on the sandy beach and back home and now after everything, sleep. 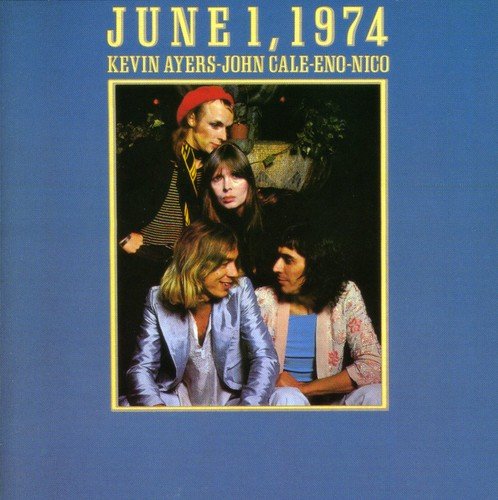 Music today has been that arty live album from today’s date that featured four of my favourite artists of the day. The album was June 1, 1974 recorded at the Rainbow Theatre with Kevin Ayers, John Cale, Eno and Nico a mere 48 years ago. Mike Oldfield, Robert Wyatt and Ollie Halsall also appear with Rabbit, Eddie Sparrow and Archie Leggett. It was a much-played album for me in the sweet seventies. Goodnight.