So this is Dubai, a part of the United Arab Emirates. The flight wasn’t as long as expected, just six hours, but we have a four-hour layover and a fourteen-hour flight to Sydney next. I’ve never been to the mysterious middle east, as in beyond the airport, but we are hoping to go to Lebanon next year, Mohamad and his family who are looking after our flat in Portugal have a place there and we’ve been invited. You can see the futuristic city of Dubai in the distance when you get off the plane, all those mirrored tall buildings. When you get into the airport it’s a melting pot of different cultures, multiple languages, strange clothes and extravagant duty-free shops with expensive handbags and shiny rubbish. The airport is huge and an architectural wonder, it probably looks amazing from the outside. For now, we wait and eat. Olivia tried and failed to buy an adaptor for our European plugs in Australia, it was £30, welcome to Dubai.

We won’t arrive in Sydney till early Wednesday morning and with no chance of internet till then, so early Tuesday blog today. We will be in another different culture on the other side of the world, all the influences of Europe and America but evolved into a separate world on its own trajectory. There’s the jetlag to consider – I hope to get over it as quickly as possible so I can be ready for the studio next week. There’s nothing worse than falling asleep halfway through dinner and hopefully it won’t be during the Arktik Lake band dinner with Tony, DC and Nigel who I will be meeting for the first time on Friday. 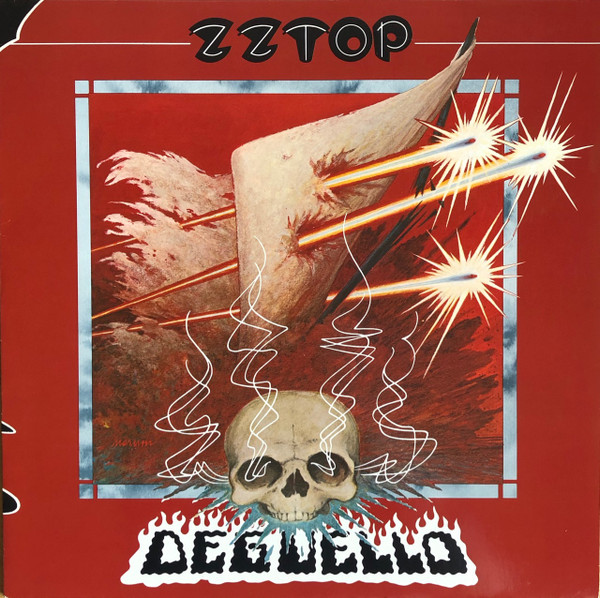 Music today has come from my iPod, the audio on the Emirates flight was so bad and the headphones so cheap and nasty that I couldn’t bear to put myself through seeing an interesting film on a hopeless screen with a rotten sound. I tried to read but the light was hopeless too, far away and not directed properly to where I was sitting. Hopefully, Qantas to Sydney will be better quality. My iPods (now deleted from the Apple catalogue) haven’t been updated for years but the range of music is rather extensive, although one of my more interesting musical categories, ‘miscellaneous’, stopped working, yes I have iPods filled in order of musical categories. So, onto the rock iPod, I listened to some basic R’n’R with ZZ Top’s Degüello (1979). On the title, this from Wikipedia:

Degüello” means “decapitation” or, idiomatically, when something is said to be done “a degüello”, it means “no quarter” in Spanish (as in, “no surrender to be given or accepted—a fight to the death”). It was also the title of a Moorish-origin bugle call used by the Mexican Army at the Battle of the Alamo in 1836.

Interestingly the first track is a Sam and Dave soul song written by David Porter and Isaac Hayes and interpreted in their own inimitable style by these hairy Texans. On side two, track one is the Robert Johnson song Dust My Broom, written in 1936. This style of music attracts me mainly because of ‘feel’ and these dudes surely have it. RIP bassist Dusty Hill who died in July last year. Apparently, he has been replaced by his stage tech, Elwood Francis. Guitarist Billy Gibbons and drummer Frank Beard (the one without a beard) carry on. I wonder if Elwood had to grow a beard before he joined or maybe he already had one.