I woke up in an idyllic German village to the sound of the church bell as Olivia did every day as a kid. This is her childhood bedroom except since she left her dad has painted the walls fluorescent green which sounds more like how Olivia might have had the room painted as a teenager but Olivia’s psychedelic dad has kept the spirit alive in the house anyway. It’s a lovely village with ancient buildings and the silence is only disturbed by the occasional car, a tractor or a mellifluous blackbird. Was that the sound of a butterfly’s wings?

I didn’t get out much into that German village today and Olivia returned tired from the wedding. I had three seshes starting with Arktik Lake Tony in Sydney and then Abby and Nick in Philadelphia, followed by Brian in Indiana and it’s Brian I’m going to be telling you about today. So, just a little bit about how it is to work on a project like this and then the details of how you hear the music, where to get it and any other relevant details.

Brian is in Evansville, Indiana, he got in touch with me to help him get more from his project and ultimately he graciously credited me as producer. It’s a difficult role when you are producing remotely from across the world because you have to find the balance between communicating the truth about what you think as helpful advice without actually being there to oversee the advice you’ve given until the next sesh. Everyone perseveres and wants the best result and one hopes the relationship allows honest appraisal and results. This has happened with this project. The difference between this and other sessioneer projects has been that on this record unlike Space Summit, Afridi/Willson-Piper and Arktik Lake, I’m not singing, playing, or writing, I’m just saying what I think and how I’d improve what I hear.

So, the band is By Light Of Day, the album is Beneath The Starry Skies. Brian has a band and plays live shows but the recording consists of Brian on vocals, bass, guitars and keys, he also writes the songs. He has a remote recording drummer but occasionally uses his lead guitarist for some of the trickier solos on the album. There are some links below for you to follow should you be interested in hearing the record. 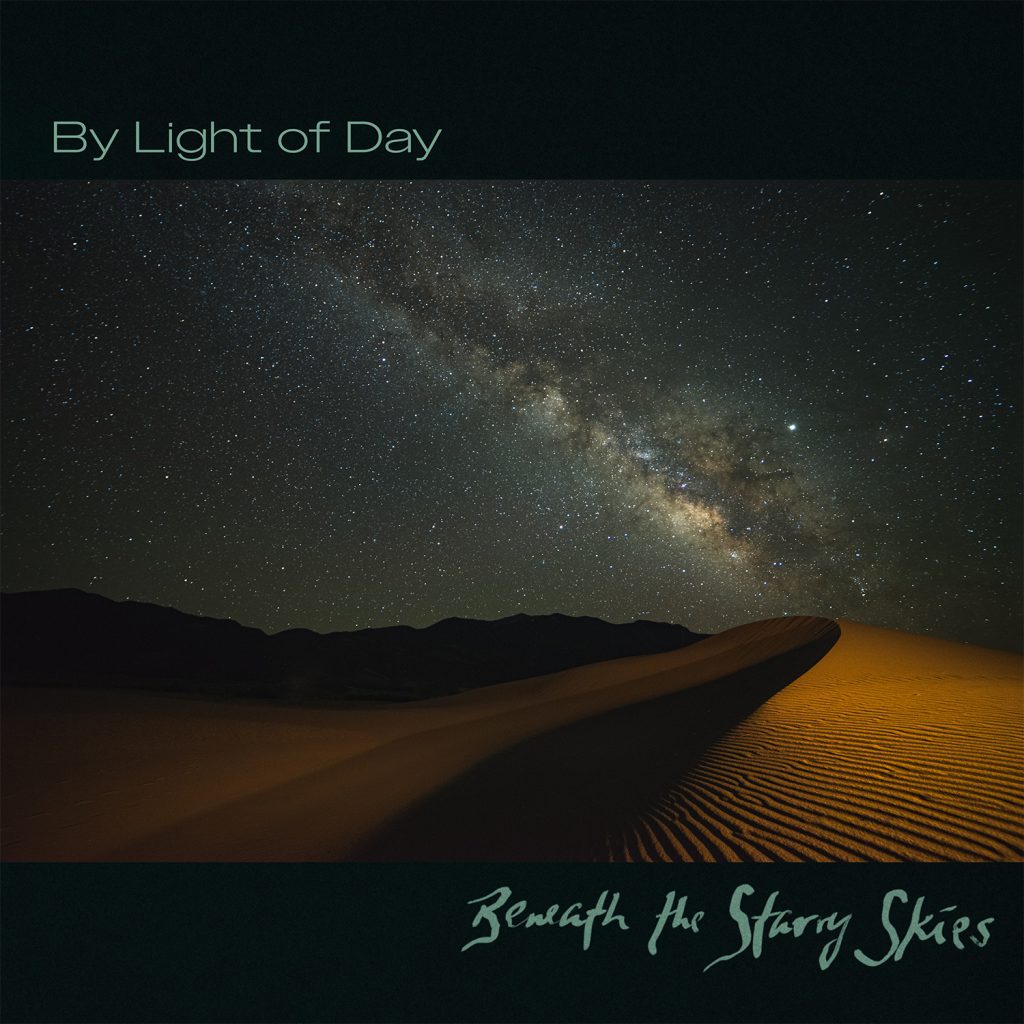 The first single Think It Over (see below) was released on May 20th, and the second single A State Of Mind will be released on June 17th which coincides with the release of the album (limited edition 12-inch vinyl). There are only 100 vinyl copies available which will be $25 plus post and packing depending on where you are (see the links to order and garner more information about the band). The album will be streamed on various sites from June 24th.

By Light of Day – Beneath the Starry Skies