Olivia has gone to Germany, she left at an ungodly hour and flew to Cologne. So it’s weird her not being here tonight. Still, the day unravelled as it usually does, or did it? With Olivia gone I thought the walk to the pool would mean Bellyman is on his bench, Dogman by the fountain, the usual suspects. But Dogman wasn’t there, not so strange, Bellyman wasn’t exposing his belly yet, I guess he waits till high summer, so pretty normal. But then there’s the black dude, groovy guy he is too, I haven’t seen him for a while but today he was out and about being his normal self, gold suit and bow tie, black mask and dark visor over his eyes, wearing a crown, just another normal day in Porto.

All three of us regular swimmers, Francisco, Hugo and me were simultaneous later at the pool today, but it’s actually a good time, with the least amount of people. I swam 64 lengths freestyle non-stop but in the last few lengths felt weak. I made it, but I wondered what was different today, usually, I feel fine. In fact, I was ravenously hungry and then I realised that last night I’d missed dinner and eaten just salads and fruits, and some toast. If you’re going to spend five days a week in the gym and the pool – you need fuel.

Yesterday, I was at the music store where Jorge was helping me wire up my pedalboard. I’m so relieved. It’s just not in my skill set, all the connections, the order of pedals, the power distribution. I need technically-minded people. Olivia’s dad can fix anything, I’m hopeless, barely lightbulb able, plug changing, computer solutions or phone issues. Is it interest or ability? Some people can draw, others can’t, I don’t drive, I’ve never had a license. I wouldn’t feel competent as a driver, one lapse in concentration and you could be in an accident, every driver has to live with that pressure. I suppose it becomes a routine and experience is the key but you can’t protect yourself if someone else is reckless or simply makes a mistake. Then there’s air traffic controllers, one slip.

With Olivia gone already, I am also in preparation for going to Germany and have a suitcase half full in the middle of the kitchen floor. I leave on Saturday. I was telling Filipe, one of the teachers at the pool today about my trip and he said, “You are always travelling, the only travel I do is from the couch to the fridge”.

Two seshes today, one with Matt in Brooklyn. I’m trying to get the backing track down on a song for him to write his cool words and melodies but we’re back to the technical side of things again. I’m not an engineer and I have a long way to go before knowing how to get a decent acoustic guitar sound and find all the right buttons to record it. Later on, I had Rohan in Sydney with his fascinating compositions which come from his abilities as a guitarist, bass player, and keyboardist.

All the sessioneers these days are making private Soundcloud pages. The idea is to have an easily accessible place for all the written pieces. It’s the body of work that you have so far, it gives you perspective on your work and makes you aware of where you are at and what needs work. Every time you write something you add it to the page. You’d be surprised how quickly you have a potential album’s worth of material. You are constantly adding to it, improving it, analysing it, accessing your music in a quick and simple way and seeing where you are at. 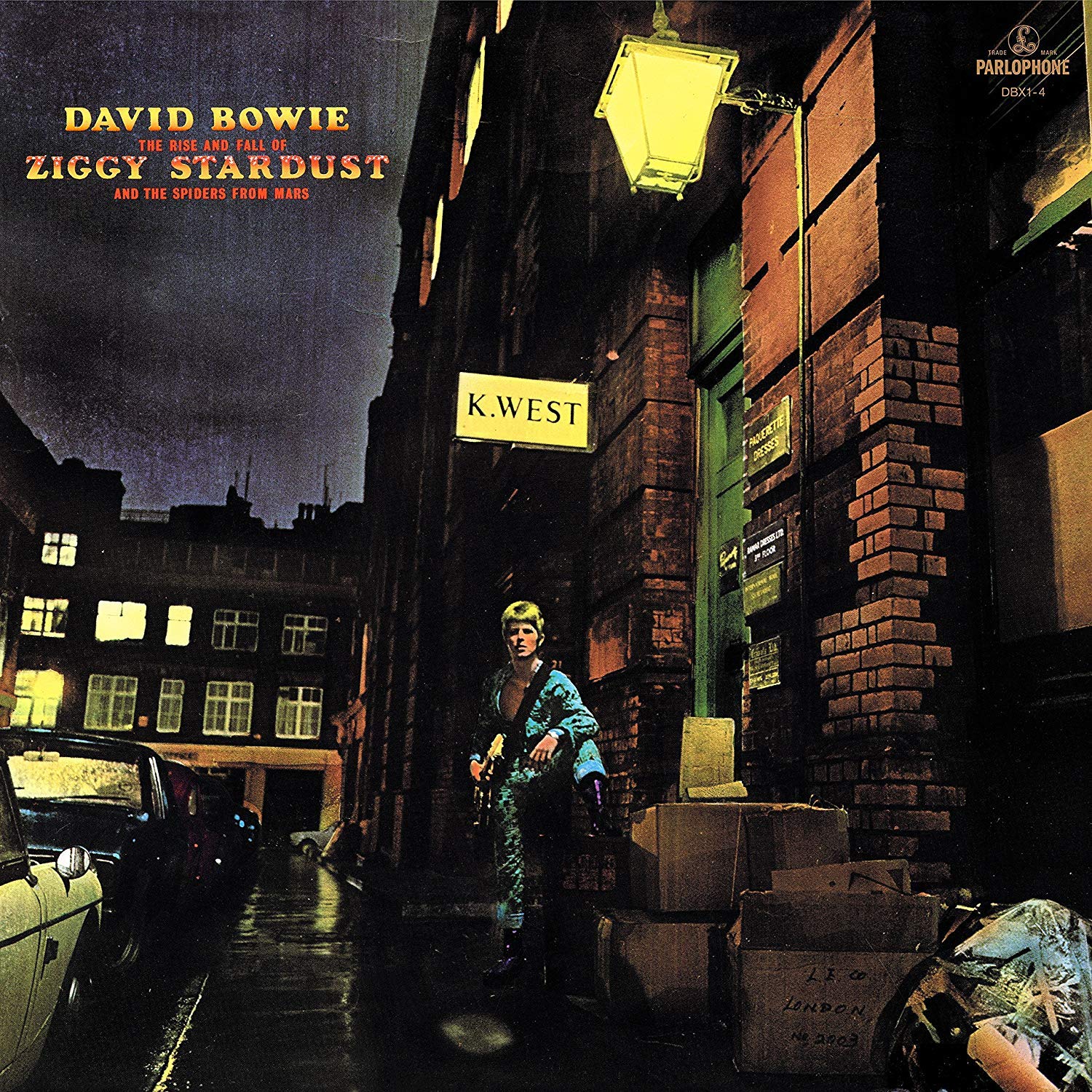 Music today has been Bowie’s The Rise And Fall Of Ziggy Stardust And The Spiders From Mars (1972) because today in the sesh we were talking about songwriting and Matt brought up Five Years, the opening track on the album. I played it for him and showed him how simple it was and how the second part has the same chords and a different melody, how the chorus is at the end of the song and that you don’t need lots of gear, or complex writing, you just need great ideas. Your imagination is your most valuable tool.