Last day of the football season, if you watch, you know what happened, if you don’t you won’t be interested anyway. Liverpool slotted nicely between Arktik Lake Tony in Sydney and John in Brooklyn, then recording guitars for sessioneer Matt, also in Brooklyn, dinner then Space Summit Jed in Minneapolis. Sundays are always full days, sesh-heavy and they disappear quickly which I like because Sundays are strange and it’s good not to think about them too much, haha. The clouds were visiting today so I was surprised when Olivia said she was going to see the chapel on the beach with a friend, but apparently, it was sunny there, so close but with completely different weather. I was thinking about the Seeing Stars song, Where The Rainstorm Ends.

Busy as I was I looked longingly at the vinyl I’d bought recently wondering when I’d have the chance to play it, Jack White, Aldous Harding, Sharon Van Etten, Envy Of None. The problem with having music as an interest is how multi-faceted it is: Writing songs, playing in bands, singing, seeing bands, live shows, being in the studio, producing, sessions, buying records, listening to records, it takes up so much time, your whole life.

Last night at 6.30 AM Olivia and I were woken up by a very loud argument with a man and a woman screaming. I was half asleep, Olivia more awakened by the fracas but we both thought we heard gunshots. I’m not sure exactly what gunshots sound like and we haven’t found anything in the Portuguese news. But it was scary, it was intense but all we could do was go back to sleep, we don’t even know where it was coming from, the street, a house, all we heard was the anger.

No dogs howling tonight but last night at 1 AM it was a canine soloist. The howling symphony is a regular occurrence here in Portugal. It doesn’t bother me but I can’t understand how it doesn’t bother the owners of the dogs for their own sake and for the dog’s sake. Up here on the fifth floor and some distance away, it’s the sad sound of the night but living next door to this cacophony must surely torment your soul listening to the animal’s anxiety, the owners must be wearing earplugs or have no empathy.

Olivia is heading to Germany on Wednesday. She is going to be a bridesmaid at the wedding of an old school friend. Lonely dinners. It won’t be her only trip to Germany this year. In July the festival she hosts, the festival where we met whilst I was playing with Anekdoten, is on again, post-pandemic. Headliners this year are Renaissance, Steve Hackett and the Italian band PFM which stands for Premiata Forneria Marconi, which means, award-winning Marconi Bakery, and why not? 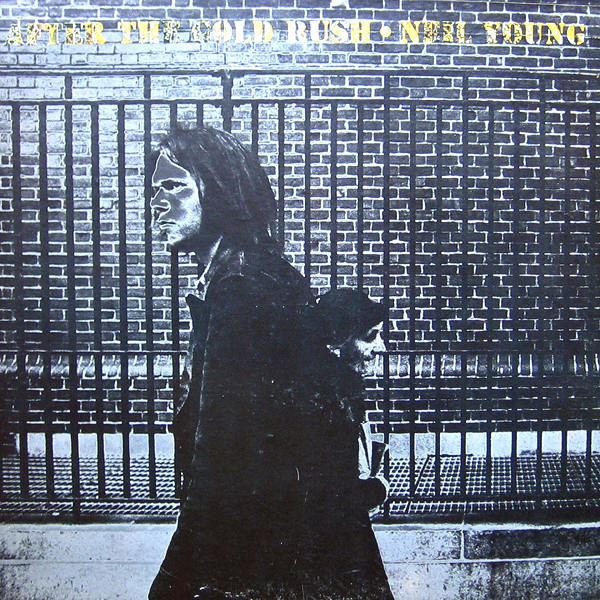 Music today was Neil Young’s After The Goldrush, his third album, released in 1970. It has the classic title track covered by Patti Smith, K.d. Lang, Thom Yorke, Billy Corgan, Natalie Merchant, Dolly, Emmylou and Linda, and Prelude who famously had a worldwide hit with it a cappella in the seventies.