Today was last week’s surprise day. This week there was no Liverpool in the FA Cup final, although as I remember there was another reason the surprise didn’t happen last week, although I can’t remember what I remembered. I was working on the track for sessioneer Matt but Olivia won’t be here after Wednesday so today was the last day that she could take me wherever it was we were going. I managed to get the drums down and run through the chords but we had to go and Olivia called a car, very posh, but actually, they’re pretty cheap here. Downstairs in the street, it was warm and we waited to be whisked away to the surprise.

We took a Bolt, not an Uber and that got me thinking about Airbnbs and those scooters that are suddenly everywhere. My question is would all of these things be allowed if someone had thought of them earlier, or were rules relaxed that allowed them to exist? The scooters would surely have been seen as a danger in the traffic when I was in my twenties but these days it seems perfectly normal to see them whizzing up the road next to buses and in between the cars, hopping over traffic lights and careering down the pavement before they are cast asunder.

The idea that you could rent a room in your house, or buy a property and use it as a hotel, seemed impossible but suddenly it was real and cheaper. The same with Uber and now Bolt, like a taxi but cheaper. Great idea, great for us, terrible for taxi firms and hotels. It made taking the equivalent of a taxi or the equivalent of a hotel affordable. Did this mean that taxis and hotels put their prices down to compete or did it mean that the people who could afford taxis and hotels continued to use them as they were and those that couldn’t afford them were now able to use the alternatives?

We wound our way through the narrow streets, some cobbled, lined with old tiled houses, next to new glass buildings and ruins. We were heading towards the river, descending through the tourists, down familiar and not so familiar streets until we stopped by the old customs building and there was the surprise, an interactive Frida Kahlo art presentation about her and her life. It was a very modern event, with lots of digital images interspersed throughout the building, telling her life story. It was amazing. At one point we put on virtual reality headsets and went on a fascinating 3D journey through surreal images, Mexican art and Mexican musicians with skulls painted on their faces, altars, landscapes, towns and deserts and her house, Casa Azul (The Blue House). I have actually been to Casa Azul in Mexico City twice, lucky me.

We walked back through tourist-busy Porto. We stopped for wok noodles and a takeaway coffee. We got talking to a Chinese couple who lived in the States (Columbus, Ohio). They were eyeing the noodles but decided against them. As we left we felt spots of rain, thunder was coming but it was struggling to be a real downfall and we managed to get all the way home without getting particularly wet, more bent from swerving past slow tourists.

We weren’t home long and Olivia was out again to her friend’s house. I stayed, ate the other half of my noodles and watched the film Don’t Look Up, which was a mixture of entertaining and depressing. A busy sesh day tomorrow and the final day of the football season, I listened to an album as I typed this. 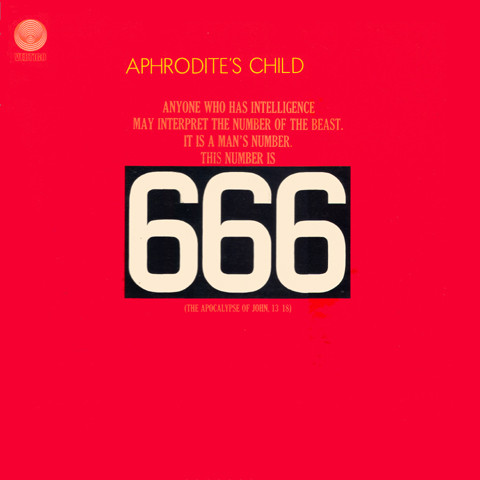 Music today came in the wake of the death of Evángelos Odysséas Papathanassíou aged 79. Too many albums and soundtracks to list here although one must probably mention his most famous, Chariots Of Fire and Blade Runner. Before his solo work, he was a member with that other most famous Greek, Demis Roussos, in the band Aphrodite’s Child. In 1972 they released their third and final album, the progressive masterpiece and double concept album 666. Turn off the lights, phone off, headphones on, do not disturb on the door and listen to this one all the way through for a truly mind-blowing experience. See the links below for the lesser-known band members Silver Koulouris on guitar and Loukas Sideras on drums whose contributions to this album are immense. Try not to freak out when you come to ‘Infinity’ with a most memorable vocal performance by famous Greek actress Irene Papas who is incidentally still alive at the age of 95. A truly great album. RIP Vangelis, condolences to friends and family.