We are happy to announce that Anekdoten will be playing a show in Spain on September 24th at the 19th Festival Art Rock Minnuendo in Peralta – Alzkoien in the Navarre region in North-Eastern Spain. It’s 60km from Pamplona where they have the insane running of the bulls. It’s the Basque country, where they speak a language that bears no resemblance to any other European country but they like heavy prog and consequently, Anekdoten will be headlining the festival. What that means for Olivia and me is that we will be able to drive there from home in Portugal – Ariel goes on the road.

On the way to the pool today I went by Jorge the luthier to drop off my guitar. It needs an overhaul in the electrics and if you know anything about guitars, you’ll know that a Gibson Les Paul M III has some spaghetti to deal with. It’s essentially a Les Paul but with humbuckers and single-coil pickups. Consequently, my dropping off the guitar turned into an hour and a half in the shop. In music stores, record stores, book stores, time stands still. I arrived at the pool an hour and a half later than usual but I discovered that at this time the pool is at its most quiet. Unfortunately, as it’s the middle of the day it means getting home later and seshes turn into rushes.

I had a sesh with Matt in Brooklyn at 6 PM, working on writing a new song with him. We talked about Tom Petty, his great songs, his voice and the tragedy of losing him to a drug overdose. I was thinking today about how I felt fit, my thumb tendons felt better, my lower back didn’t hurt, my skin felt good and in the last three months, I’d lost a substantial amount of weight. It’s hard to sell fitness as a solution to anyone that’s deeply addicted, depressed or overweight, but living without cigarettes, alcohol, meat and sugar sure makes you feel better when you add swimming and regular exercise to the equation. It’s strange to think that people might think you are missing out, it’s actually the opposite, bring on those tasty fresh fruits and vegetables.

I have to get back into recording but haven’t found the time since I returned from Sweden. This Saturday I’ll be trying to catch up on pieces I have to compose for sessioneers, solos and bass parts I have to play and generally get the creative juices flowing. The plan is to get to the point where the technical aspect is second nature like the guitar, the singing and writing. I’m not planning on making an album at home by myself, more writing for all different reasons (including myself) and leaving the quality engineering to the experts.

I watched the Europa League final between the two unlikely contenders Rangers and Eintracht Frankfurt before looking out of the window at the moon in all its splendour. After dinner tonight I ate some seedless grapes and as I was eating them I thought, wouldn’t nature be horrified to think that the humans had found a way to stop grapes from propagating? On the subject of nature, I love the smell of grass, not grass (that’s a nice smell too) but grass freshly cut. It must have been a verge by the side of the road that had just been cut because I wasn’t seeing any lawns unless the wind had brought it from a suburban garden. 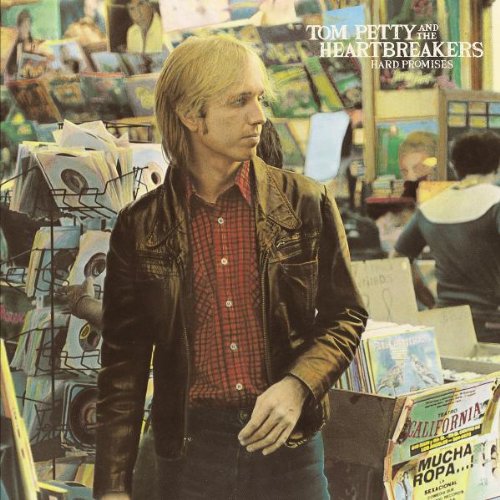 Music today has been Tom Petty and the Heartbreakers – Hard Promises (1981), his fourth album. It included the hit single The Waiting which reached No.19 on the US chart. RIP Tom.