I didn’t hear the thunder until it had passed. I didn’t hear Olivia get up in the dark and close the front room window. But at first light, I heard the rain and felt it through the gap in the window that I always leave for nightly fresh air. I’m not sure if it was the spitting on my face, the light or the roar of the rain that finally woke me with the surprise storm after a beautiful day but I was energised into falling comfortably back to sleep.

Saturday is my day off, I don’t set my alarm, I get up when I wake up for real and today it was midday. Olivia had a plan to take me to a surprise location but we changed the plan as today was FA Cup day with Liverpool and Chelsea and decided we’d do it next week, whatever it is. I watched some old FA Cup footage with tiny shorts and brutal tackles and saw the game fly into extra time with only one winner.

The Eurovision Song Contest was on after the football on BBC 1 but I switched to BBC 2 to see the end of the FA Cup coverage. I might have watched it as Olivia does but then a film came on BBC 2, from Thomas Hardy’s novel Far From The Madding Crowd, a romantic tragedy with a happy ending, kind of like Eurovision, one hopes.

After that, a new series of Later…with Jools Holland that I never watch but it did have Wet Leg, that odd invention from the Isle Of Wight, Cat Burns, Joe Bonamassa not my cup of char but an interesting group from Nigeria, Obongjayar, only had one song, whereas the others had two and yet old footage of Amy Winehouse from 2006 and Peter Gabriel from 2002 was included, why? This is a new series, a new location (Alexandra Palace) and instead of letting the cool Nigerian do his thing they showed two reruns? Really? Ok, how about a compromise, one rerun and let the cool Nigerians play the same amount of songs as everybody else. I know why I don’t watch this show, all the reasons.

The day had turned into 29 degrees worth of summer, the night rainstorm was an anomaly and it didn’t stop the Saturday night fireworks, something that seems to happen every weekend, celebrating the weekend itself perhaps. The dog was back, it’s always back, the playing children weren’t, it was odd that they were shouting and screaming at past midnight on a Friday anyway. 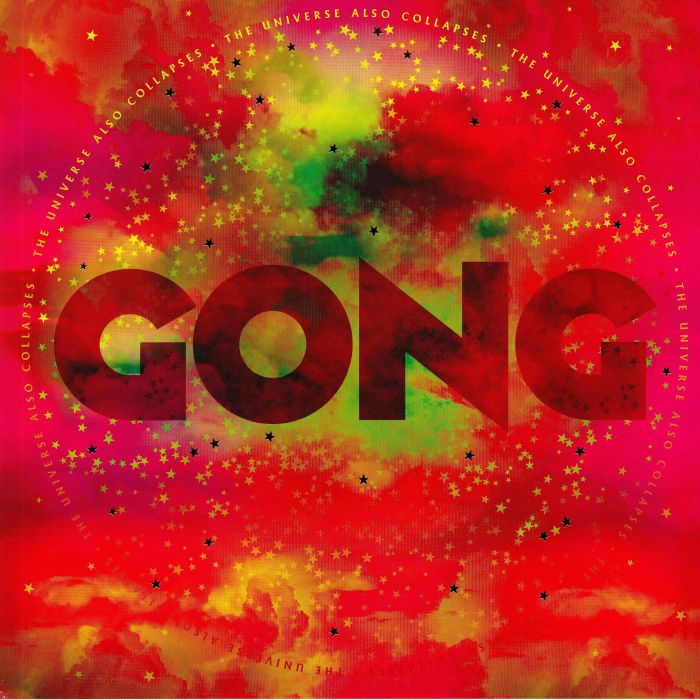 Music today was Gong – The Universe Also Collapses (2019). When Australian cosmic hippie and Gong founder Daevid Allen died in 2012, the battiness was passed on to the charismatic Kavus Torabi, a band member who took on the frontman role with Allen’s blessing. Olivia and I saw them live in Liverpool when I was on the Wild Swans project. We also saw them in Germany, if you like clever modern cosmic prog, this is for you.