The birthday weekend is over although it was only really one day, with seshes today, Sunday (Arktik Lake Tony in Sydney, Space Summit Jed in Minneapolis and I Satellite Rod in Kalamazoo). It was a fine free Saturday and I’m now convinced that all birthdays should be on Saturdays. In my case it’s not for the night out on Saturday, it’s for the vibe of a day that is just different to other days of the week and Sunday. There’s something freeing about Saturday even if it’s a crazy day for the restaurants and bars, their staff and the people that frequent them. It’s like you reached somewhere, whether it be as the entertainer or the entertained. You made it to the end of the week. The streets feel different to weekdays and Sundays, there’s release and expectation in the air. Attitudes change, there’s a bigger chance of love.

My birthday was great. Thank you again to everybody that sent me all those lovely messages. Olivia got me the complete Beat Club series from Germany (1965 to 1972) on DVD. What a great prezzie for me. Also, a notebook with a picture of Victor Jara on the cover, and a load of the best giant lava lamp bulbs from her dad. The sweetest Happy Birthday from my 3-year-old granddaughter and a donation from Shivaun O’Neill that I immediately invested in a small 20w Orange amp that I found at half price in a second-hand store near the music store. At the music store a rendition of Happy Birthday by the guys in there including real jazz chords and a lighter to blow out.

It was a really nice warm summer’s day, we came out of our building doorway and one of the ladies of the day wished us a good afternoon on the way into town. Earlier we had been to the Marquês market. Somehow we managed to find a kangaroo, a parrot and an elephant, hard to describe but they will appear in different parts of our flat amongst some other weird and wonderful artefacts. Let’s face it, I should have been a museum curator. I picked up some more Wire magazines from Emanuel at one of the stalls, he always has them and I’m pretty sure it’s only me that buys them, after all, they are in English. One of them had Joanna Newsom on the cover. The DJ that is usually there is still there playing disco music from the seventies and eighties on a warm ancient Portuguese market afternoon, a train wreck of the distant past colliding with an even more distant past in an uncomfortable future.

On the way home, we swung by Aliados to see the celebrations of Porto winning the Portuguese league, but it was just three screaming lads this early and then we thought a thousand screaming lads (and lassies) isn’t going to be much better so we walked home via the sushi restaurant. Olivia waited for the order as I got home to watch the Liverpool / Spurs game 1-1.

A really lovely day, thank you to everyone for making it so.

At the record store, I’d picked up another RSD record that I’d missed, Shocking Blue – At Home The Singles (10 inch). Generally, I keep on asking for records that aren’t out yet, like Sharon Van Etten, Warpaint, Yeah Yeah Yeahs, FKA Twigs, and The Smile. 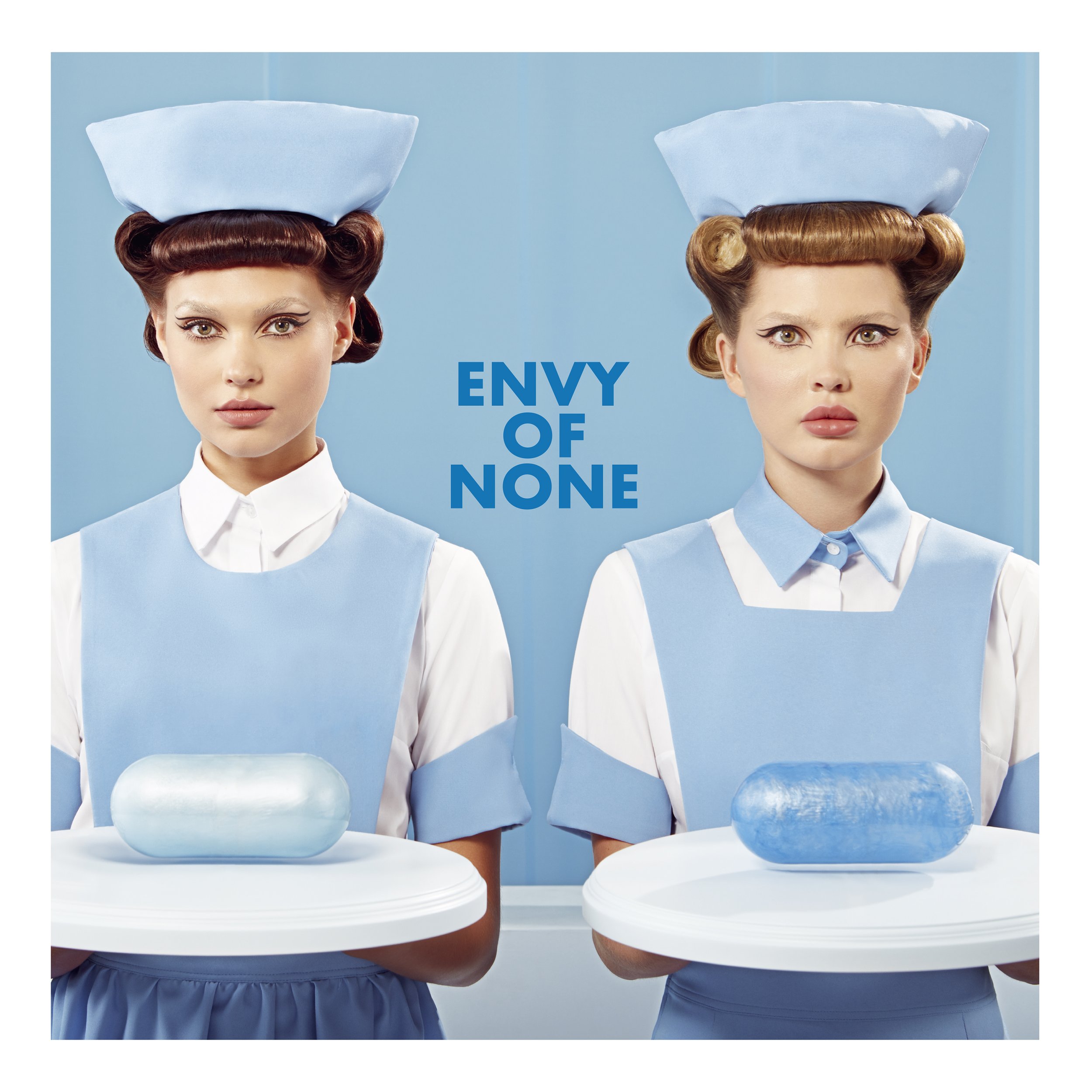 Music today has been Alex Lifeson’s new band Envy Of None. A completely different record to his past with a core of singer Maiah Wynne and Andy Curran on bass and featuring different drummers and other musicians. Rush fans, know now, it’s nothing like Rush.