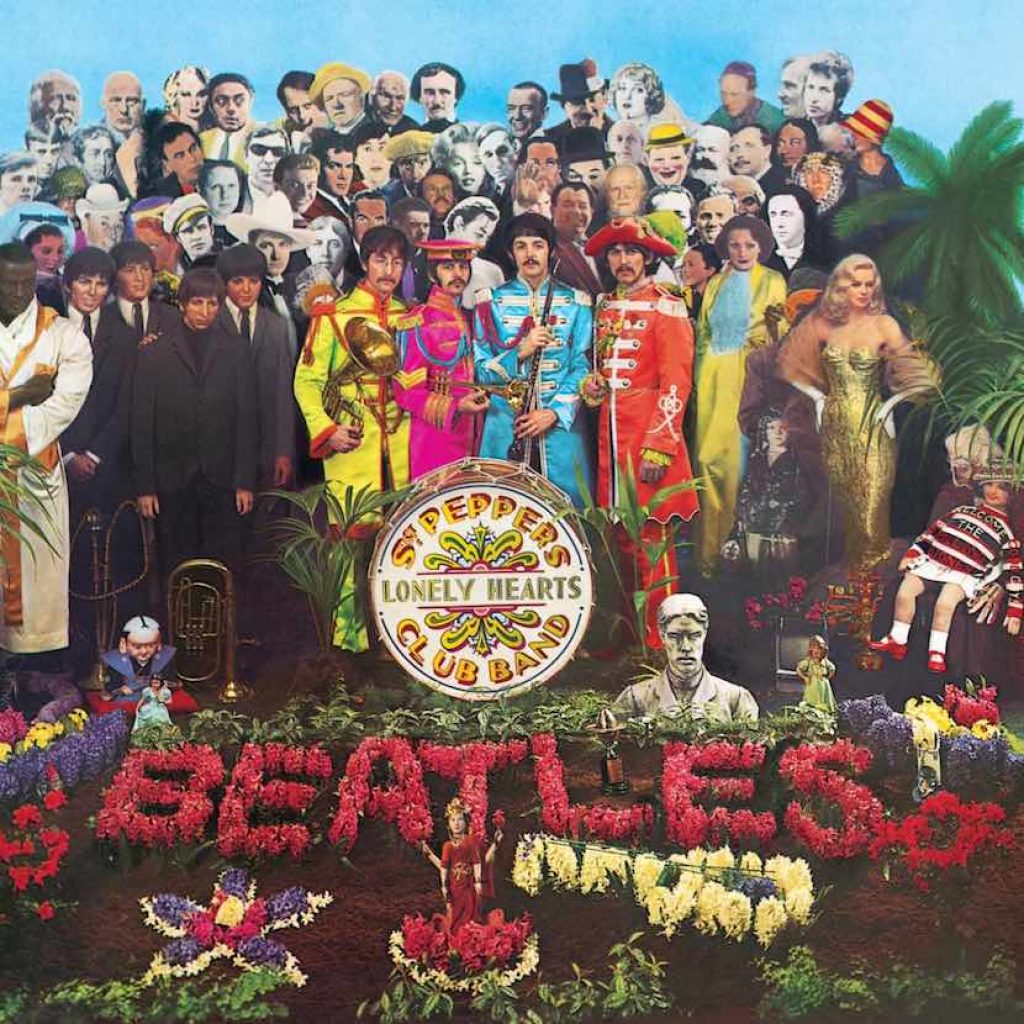 Thank you to everyone who posted extensive birthday greetings today in all those different places that seem to be available these days, phone, Instagram, email, groups, pages, personal email, via Olivia, carrier pigeon. As it’s my 64th birthday, I can only do this once, so I apologise in advance:

Author Ian MacDonald characterises McCartney‘s “When I’m Sixty-Four” as a song “aimed chiefly at parents”, borrowing heavily from the English music hall style of George Formby while invoking images of the illustrator Donald McGill‘s seaside postcards. Its sparse arrangement includes clarinets, chimes and piano. Musicologist Allan Moore views the song as a synthesis of ragtime and pop, adding that its position following “Within You Without You” – a blend of Indian classical music and pop – demonstrates the diversity of the album’s material. He says the music hall atmosphere is reinforced by McCartney’s vocal delivery and the recording’s use of chromaticism, a harmonic pattern that can be traced to Scott Joplin‘s “The Ragtime Dance” and “The Blue Danube” by Johann Strauss. Varispeeding was used on the track, raising its pitch by a semitone in an attempt to make McCartney sound younger. Musicologist Walter Everett comments that the lyric’s protagonist is sometimes associated with the Lonely Hearts Club Band, but in his opinion, the song is thematically unconnected to the others on the album.

If I’d been out till quarter to three
Would you lock the door
Will you still need me, will you still feed me
When I’m sixty-four

I could be handy, mending a fuse
When your lights have gone
You can knit a sweater by the fireside
Sunday mornings go for a ride
Doing the garden, digging the weeds
Who could ask for more

Every summer we can rent a cottage
In the Isle of Wight, if it’s not too dear
We shall scrimp and save
Grandchildren on your knee
Vera, Chuck and Dave

Send me a postcard, drop me a line
Stating point of view
Indicate precisely what you mean to say
Yours sincerely, wasting away

Give me your answer, fill in a form
Mine for evermore
Will you still need me, will you still feed me
When I’m sixty-four