Another lovely day here in Porto and a welcome return to the swimming pool after two weeks away from the water. All that archipelago in Sweden and not one chance to jump in. It seems that it might not be so welcoming to jump in the sea here in Portugal in the summer, it’s the Atlantic, it’s cold, it’s not like the Mediterranean or Australia. It seems frustrating to think that you could be basking in the sun on an endless sandy Portuguese beach on a beautiful day but as soon as you get in the water you turn blue.

On the subject of the cold and things that are blue, I saw a beautiful metallic blue Alpine Renault today, it was just ahead of me in the street and sounded like what it was, an old car. If it had been a person, there were definitely health issues or was that just how a car like this sounded, I’m not sure. But it was the shape, the lines, the bodywork, the colour, the style that grabbed me.

After swimming, I went on a wild goose chase down a road that I thought might lead to a music shop where I could get one of my delay pedals fixed but I never found it. It was interesting to walk home another way, down through these winding characterful Portuguese streets with a mixture of ruins and beautifully tiled buildings. As it happened, after I’d given up on the music shop I picked a random street in the direction of home and that happened to lead to the steps that enter the Covelo park. It was nice to go from the streets into the greenery and be below the trees with the sun above, warming everything so even the shade was warm. There were people sitting around enjoying the afternoon, summer’s coming.

Olivia went down into town today to look for some wrapping paper to wrap something up for someone. What could it be? Who could it be for? Whilst she was down there she went to the record shop with a copy of an autographed Anekdoten album for one of the guys. She also picked up some Record Store Day records for me, Scott Walker – Boy Child: The Best Of Scott Walker 1967-70 (1990), Groundhogs – Hogwash (1972), Mike Oldfield – Tubular Bells II (1992) and Rory Gallagher – Live in San Diego ‘74. They’re not cheap RSD records, so no food for a week. The Rory album had longstanding bass player Gerry McAvoy on bass and the drummer with the fascinating real name, Rod de’Ath.

On a sombre note, a shout out to Mario Cordova, a mega-fan and supporter who we miss greatly. Condolences to friends and family. 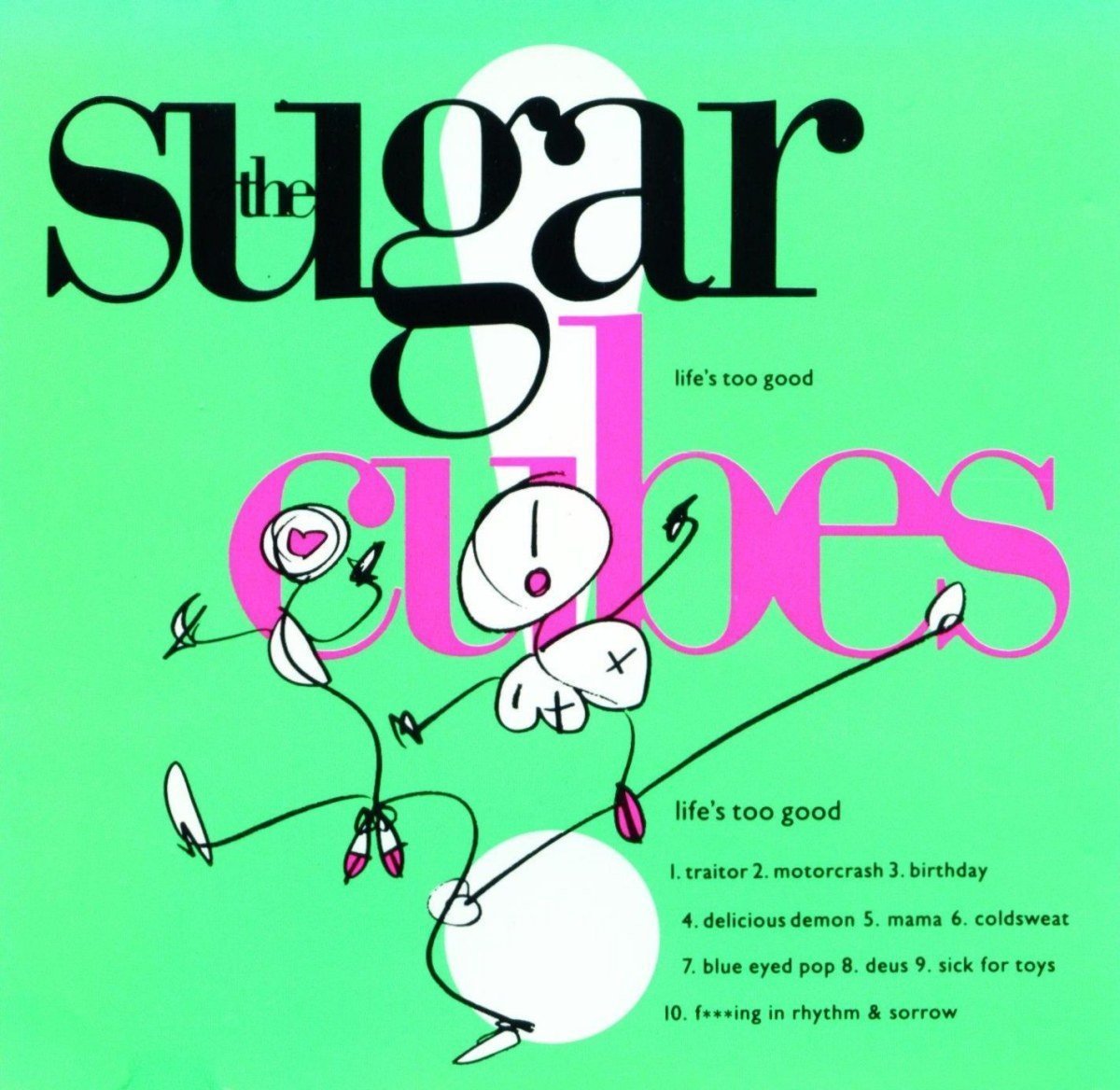 Music today has been that classic first Sugarcubes album Life’s Too Good (1988) and its lead single that introduced the world to the enigma that is Björk. See below for the lyrics, worth the price of admission on their own.

She lives in this house over there
Has her world outside it
Scrabbles in the earth with her fingers and her mouth
She’s five years old
Threads worms on a string
Keeps spiders in her pocket
Collects fly wings in a jar
Scrubs horse flies and, and pinches them on a line
Oh
Oh
Oh
Oh
She has one friend, he lives next door
They’re listening to the weather
He knows how many freckles she’s got
She scratches his beard
She’s painting huge books
And glues them together
They saw a big raven
It glided down the sky
She touched it
Oh
Oh
Oh
Oh
Today is her birthday
They’re smoking cigars
He’s got a chain of flowers
And sews a bird in her knickers
Oh
Oh
Oh
Oh
They’re smoking cigars
They lie in the bathtub
A chain of flowers