I went to bed last night and left all the windows open and this morning when I woke up it was hot in the house. In Sweden it was nice the whole time we were there but not like this. Southern Europe vs Scandinavia, although it’s not a competition, it’s a different climate and there’s no more taking an extra shirt to the pool/gym, it’s shorts and T-shirt weather. The spotless blue sky, the heat of the sun on your arms and when I arrived at the gym, no masks. I don’t think I’ve ever been there without a mask? Have I been in Portugal maskless? I don’t remember if I have. Have I been in the psychedelic psupermarket without a mask? Is it still psychedelic?

I brought the staff a bag of mini Marabou bars (Swedish chocolate). Olivia said it’s funny bringing chocolate as a gift to a place where people are trying to get healthy. But there’s a lot of staff and only 1kg of chocolate, so a taste might not corrupt the raison d’etre of the place. I was glad I’d got four gym visits in in Sweden so today wasn’t so much of a shock. It was so nice to walk through the streets with the feeling of summer, I guess that feeling clicks in earlier here. After being in Australia so much, this is so familiar to me anyway.

It’s quite a contrast living in Sweden to living in Australia, I’ve mainly lived where the band I’m playing with are from, Anekdoten in Stockholm, The ex-band in Australia, AAE in England, The Saints in Amsterdam. It doesn’t make too much sense actually because I lived in Sweden years before I was in Anekdoten, haha nice theory. A few months in The Netherlands only but years everywhere else. Living in the Liverpool area as a teenager I might have been in a Liverpool band but it took me decades to get there to play with The Wild Swans. Did I play in a New York band (not counting guest appearances)? Hm, knowing Jay Dee well from The Patti Smith Group, I should have attempted to play with them when Oliver Ray left. I did play on Tom Verlaine’s solo album The Wonder, 1990, albeit as a guest (uncredited).

The fridge is bare so Olivia and I decided to go on a mega shop to two psychedelic psupermarkets. We took Ariel as she needed to get out and we had to get so much that carrying it all was going to be too much. It was lovely driving around Porto with the windows down. We had to navigate a one-way system that we know but at one stage we were driving down a classic cobbled street with classic Portuguese houses on each side in the heat and I asked myself, “Do we live here, or are we on holiday?”

I was enjoying being home today after everything, all cosy we watched some football and two episodes of Picard we missed. Olivia made some broccoli soup, lunch was so late we more or less skipped dinner eating soup instead of a meal. I’d managed to get up early enough for the gym but the mega food shop had pushed everything forward. Olivia had a Portuguese lesson at 6 PM and I had a sesh with Brian in New Jersey at 7 PM. The day seemed to fill itself up somehow, but then they all do that. 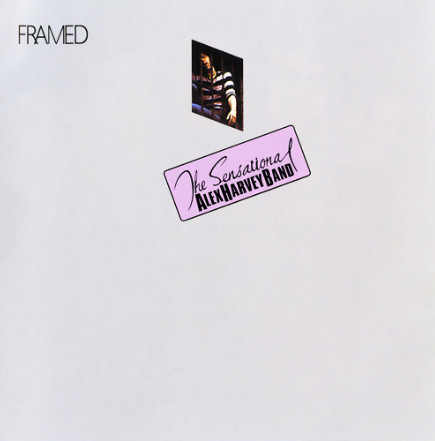 Music today has been The Sensational Alex Harvey Band’s first album Framed (1972). I was always a mega-fan of this band, although they were ‘just’ a rock ‘n’ roll band, they could be inspiring and different. They went from barroom rock ‘n’ roll to covers of Leiber & Stoller, Muddy Waters and on their second album Next (1973), Jacques Brel. All the members apart from Alex Harvey had been members of the Scottish band Tear Gas and they got together and created unique chemistry. I saw them twice in Liverpool in the seventies and despite Alex Harvey’s wonderful presence his schtick, his voice, his charisma, all the band members were great contributors to the cause. Zal Cleminson’s makeup, mime act and green garb, and a great guitar tone, bassist Chris Glen in blue garb and cousins, the late Hugh McKenna on keys and Ted McKenna on drums. Great.