Home, not the group, the place. It was a long journey today from Stockholm to Porto. We got to bed at 4 AM, up at 9 AM, flight at 2.30 PM (Jan Erik kindly drove us to the airport). The flight (on Norwegian) was to London where we had to go through customs, collect our baggage, a suitcase and my guitar and recheck-in on a different airline (TAP) to fly from Gatwick to Porto. Why? It was substantially cheaper to do it this way as there seems to be no direct flight from Porto to Stockholm and connecting in Frankfurt or Berlin was 200€ more expensive. It sounds like a hassle but it worked out well because the waiting time gave me a chance to meet Mohamad, my computer man, in Victoria to give him my old laptop to fix and on the way back meet sessioneer Noel who had some records and books and things for me. We eventually made it home at 12.30 AM and despite the great Anekdoten gigs and Swedish experience of friends, family and music, it was lovely to walk through our own front door. The ladies of the night greeted us with a wave when they saw us arrive.

Waiting for a car as we came out of the airport in my big coat it was 14°C at midnight, last night when we went to sleep in Stockholm it was -1°C. Welcome to Portugal. I was a little worried about my guitar not arriving in Porto and I was told it would come out on the belt, it didn’t, momentary panic, it was at oversized baggage (where it should be) but taking one of your special guitars (in this case my seventies Strat) on planes is always worrying. One time I arrived in Stockholm and my 1959/1960 Jazzmaster came out with the case destroyed, squashed, broken. Somehow the guitar wasn’t damaged. What are you supposed to do? You can’t not use your guitars, although I won’t take my old Rickenbackers on the road, they are just too fragile.

I just saw the Real Madrid – Man City Champions League semi-final result. There was a funny moment at Gatwick when we were going through security. I have a habit of talking to random people. There was a very large security guard standing there and I said to him, “Liverpool to win the Champions League final”. He laughed and immediately said, “Cavity search”. That’s why I talk to random people for special hilarious interactions like that, I guess it can also go wrong.

So we’re home and onto the next thing which I will report back about soon, but in the meantime, I’ll be catching up with all the sessioneers, something I haven’t been able to do whilst playing with Anekdoten. A reminder to check out the Afridi/Willson-Piper latest song Hand In Hand with more news about the album coming soon.

We’re both tired, it’s 4 AM (5 AM in Sweden), we’ve unpacked, replugged in all the lights and the computer and the kettle and opened the windows to get some fresh air in because it’s warm enough to do that. Might be a lie in on the cards tomorrow but I do have a sesh at 7 PM with New Jersey Brian. I’ll be getting back into my swimming/gymming routine and looking forward to the spring weather. I read a few of the short stories in my Anaïs Nin – Under A Glass Bell book on the plane. A captive audience for reading, a perfect time to do it but I want that to be part of my home routine too. 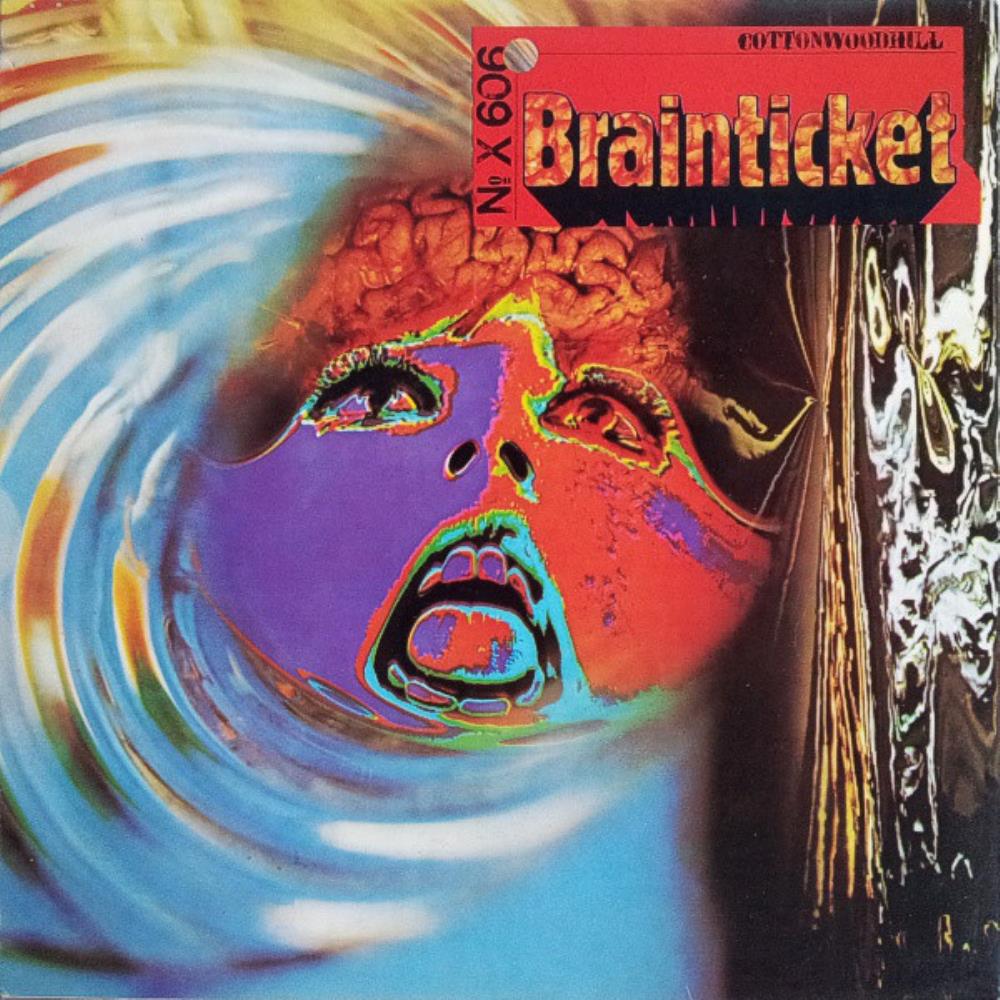 Music today has been a great playlist of crazy progressive acts but one that stood out (apart from all of them) was Brainticket and their debut album Cottonwoodhill (1971). This from Wikipedia: “Brainticket is an experimental European band most active in the early 1970s, and known for its use of exotic instruments and jazz-inspired compositions. The only constant member was Belgian musician Joel Vandroogenbroeck until his death in 2019. The band continued to perform concerts and release albums in the 2000s”.