Tuesday was a family visiting day. We woke up late after a few days of too little sleep and we found our way to the subway and tried to figure out the cheapest way to travel around the city based on how long we are here. But for me, as I stand on the platform, it’s just familiarity. Over the years, I’ve stood there hundreds of times, catching a train from Slussen, the subway station near our hotel, in all directions. But because of the pandemic and the lack of live shows, we haven’t actually been here for two and a half years. The last time I was here was rehearsing for an Anekdoten show in Norway on November 2nd 2019 just before I went to Liverpool to work on The Wild Swans’ album. The black hole of the pandemic responsible for the gap.

There are no masks here and we haven’t been anywhere like this since the pandemic started. In Portugal it’s still mandatory to wear masks in all the shops and many people still wear masks in the street, I haven’t seen one mask inside or outside here in Stockholm. I was back to wearing my big coat today, that warm afternoon was something of an anomaly. On the train, I was counting the people who were looking at their phones and wondered what people did before? They read (and yes, occasionally you do see people reading a book) but what were all the non-readers doing before they did this? Staring, thinking, dozing, planning in their heads, recollecting the day, wondering about dinner. There was no distracting device but then in the modern world, all the planning and communicating is done through the phone, the digital world has become the nucleus.

Later at dinner time, I went for Thai, Olivia for Japanese, we could quite happily live the rest of our lives exclusively eating Asian food with only the veggie sausage to be missed. I walked back to the hotel before Olivia as she needed to go to the shop and my food was hot and her food was cold. On the way back we walked past the theatre where I saw Amy, I remember I had free tickets and I couldn’t find anyone who was interested in seeing it. Such a sad film for such a talented singer. I took a shortcut back and realised Olivia wouldn’t know it. Back down the steps that I walked up the other day, the descent was way easier than the ascent, although the knees don’t like it either way.

Tonight I had to string Jan Erik, Anekdoten bassist/singer’s Les Paul. The strings were so dead it was as if it was strung with strands of wool. I managed to get through it without sticking a string into the end of my finger, a bloodless stringing is a happy stringing. The Gibson Les Paul is such a heavy guitar and there are stories of guitar players ending up with permanent damage after a life of having this beast strapped to your shoulder, pulling on your neck as you pull on the neck of the guitar, tortured for the privilege. 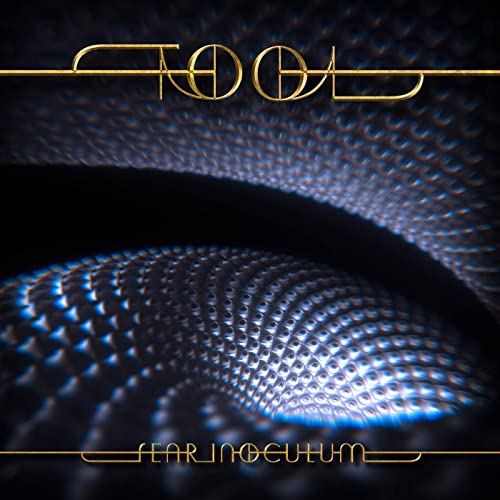 Music today is the latest album from Tool, Fear Inoculum, released in January 2019. They are playing in Stockholm tonight, a sold-out show in a mega dome. I can’t quite see why they are so huge but I do like some of their records. Anekdoten guitarist/singer Nicklas and his partner have gone to see them tonight.