In a room with drums, bass, Mellotron, guitars and voices, the thrill of making a noise again, hitting chords as Pete hits the cymbals, grooving along to Jan Erik’s bass, whisked away on Anna Sofi’s Mellotron and weaving with Nicklas’s guitars. It must be an Anekdoten rehearsal. I don’t just play the guitar in Anekdoten, I also play percussion, maracas, tambourine and shaker but it’s really hard to practice the percussion at home. With guitar you can learn the chords, and get an idea of the arrangement but with percussion, there’s the physical aspect. How long can you keep on shaking that arm? Today I found out and discovered that all that fitness work has paid off. If you wanna shake in time for six minutes in an Anekdoten song, you’d better have spent eleven weeks in the gym and the pool.

The band arrived two hours after Nicklas and me, giving us more time to work on some songs. When Jan Erik arrived he brought his Les Paul which I will be using on certain songs (beware guitar nerd talk). In the Anekdoten set, apart from playing percussion and my Strat, I need another guitar because three songs have different tunings. When I detune the Strat for these tunings it doesn’t hold its tuning well, I presume it’s something to do with how the tremolo bar is set up with the bridge piece away from the body and only three springs (it’s not a problem in concert pitch). So I use the Les Paul for these songs, it doesn’t have a tremolo bar and stays in tune well, but, it is so goddamn heavy.

We will leave for Malmö in the south on Friday, play Göteborg (Gothenburg) on Saturday and Stockholm on Sunday. When the gigs are done we’ll stay two more days to see family and friends and head back to Porto (via Gatwick and another layover) on Wednesday. We’ve known about these gigs for some time and now they are here. Other shows were cancelled due to pandemic and war (Canada and Poland) but we have these three and we are happy to be back making a noise for us and for you.

Breakfast this morning was still at a reasonable time because it’s the weekend in hotel land and they serve breakfast till eleven (I’m not sure I’ll make it before nine-thirty tomorrow, Monday). At breakfast, I had a nice chat with Open Mike Eagle and Video Dave, two rappers who were playing a show in Stockholm. They were from Chicago but lived in LA. They were commenting on the strange Swedish beds and single quilts, practical from the Swedish point of view, then there’s the heated floor in the bathroom.

I haven’t had any time to walk around in Stockholm so far this trip, we arrived late, rehearsed early the next day but tomorrow it’s a 4 o’clock start. Olivia went walking today and tomorrow is off to Uppsala for a tattoo, that leaves me to wander till I get picked up. Tuesday we won’t be rehearsing because the lads and lassie work, have kids and at night Nicklas and his partner Sophie are going to see Tool, sold out. So I’m hoping I can meet my friend Jan. Jan took the pic for the MOAT album Poison Stream and the Hanging Out In Heaven vinyl reissue. 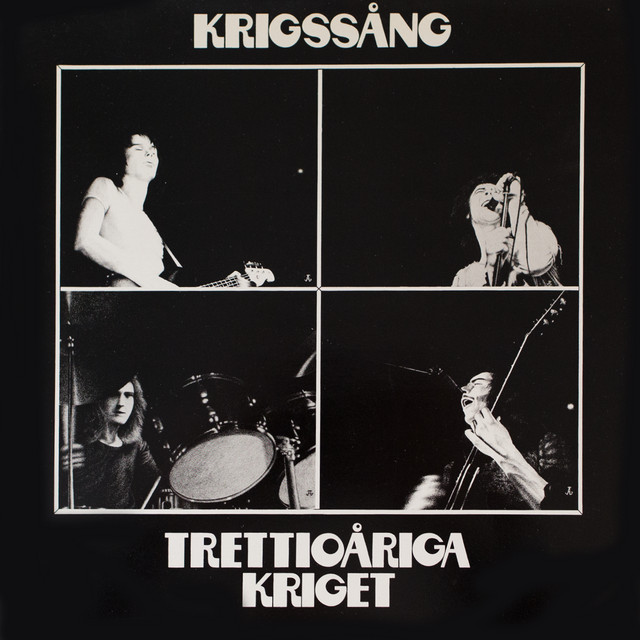 Music today has been Trettioåriga Kriget (30-year war) because Nicklas was playing their second album from 1975, krigssång (war song) in his car. Their debut album was released in 1974 and after five albums they broke up in 1981. In 2004 they reappeared and released another five albums up till 2021. What are they like? Have a listen.