Checking into a hotel with a guitar, really? That’s something I haven’t done for a very long time. So we arrived in Sweden after a journey from Portugal that took about twelve hours. We got up at 5.30 AM, left home around 7 AM and flew away on the 8.55 AM TAP (Air Portugal) flight to London – Gatwick. The whole experience was challenging, with a semblance of familiarity, drink your water before you go through security, take your belt off before you go through the metal machine, find the toilets, eat something/anything whether it be lunchtime or dinnertime, you may not get another chance. Passports, boarding passes, baggage, oversized baggage for the guitar, hand baggage, computer, headphones, yep, we’re travelling again and playing gigs.

Arriving at Gatwick, I immediately left the airport and took the train to London. Why would I do that? Mohamad is my computer guy and he lives in London, my old computer that I use to play music through my stereo system died. Our layover was six hours, perfect, it gave me the opportunity to take the train to Victoria and hand my computer to Mohamad at the station, turn around and get the train straight back to Gatwick in time for check-in for the flight on Norwegian to Stockholm. That’s what I did with gracious thanks to Mohamad for coming to meet me. Mohamad and his wife and daughter will be coming to Porto in the end of May, with my computer.

Not so much room on the London flight, lots of room on the Stockholm flight, a row each with legroom. I slept most of it, my head bobbing, loose on my neck, like a toy. No pillow, lack of sleep, sliding down the plastic interior, waking momentarily with a start as my head jerks me back to reality before nodding off again. On the train from Gatwick to Victoria, Victoria was the last stop but on the train back from Victoria to Gatwick, the train was heading to Bognor Regis and Southampton, splitting at some point down the line. I was dropping off, between East Croydon and Clapham Junction and woke myself up realising I could sail past my stop and end up on Bognor beach.

On that quick half hour train trip to London and back I passed the daunting monolith that was Battersea Power Station, so today’s album of the day has to be Pink Floyd’s Animals. It hadn’t occurred to me before that the power station is close to the famous Battersea Dog’s and Cat’s home, so close in fact that I saw a sign that said “We are here for all dogs and cats” is that why the Floyd album is called animals? 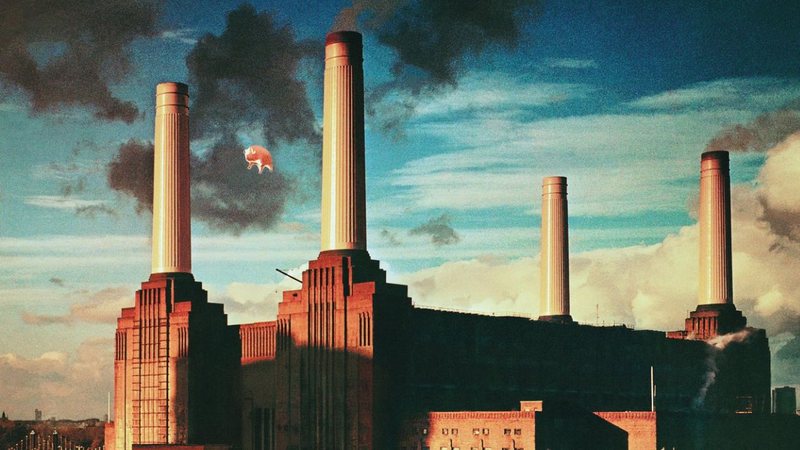 I awoke as we were on our final approach to Arlanda airport, descending in a gorgeous sunset, a fireball over the archipelago, setting alight the islands and the evening waters.

Nicklas, Anekdoten, composer, co-singer and guitarist met us at the airport and drove us to the hotel. It was cold, much colder than we are used to and we were glad of our big coats and me my long pants, something I haven’t needed for months. We checked in and then Nicklas drove us to get some food, dropping us off in a mad Stockholm Friday night. A man and a woman in the aisle of the psupermarket, holding each other, she was crying. A walk through the chill back to the hotel, it’s been three years and three months since I was last here, that’s the black hole left by the pandemic. 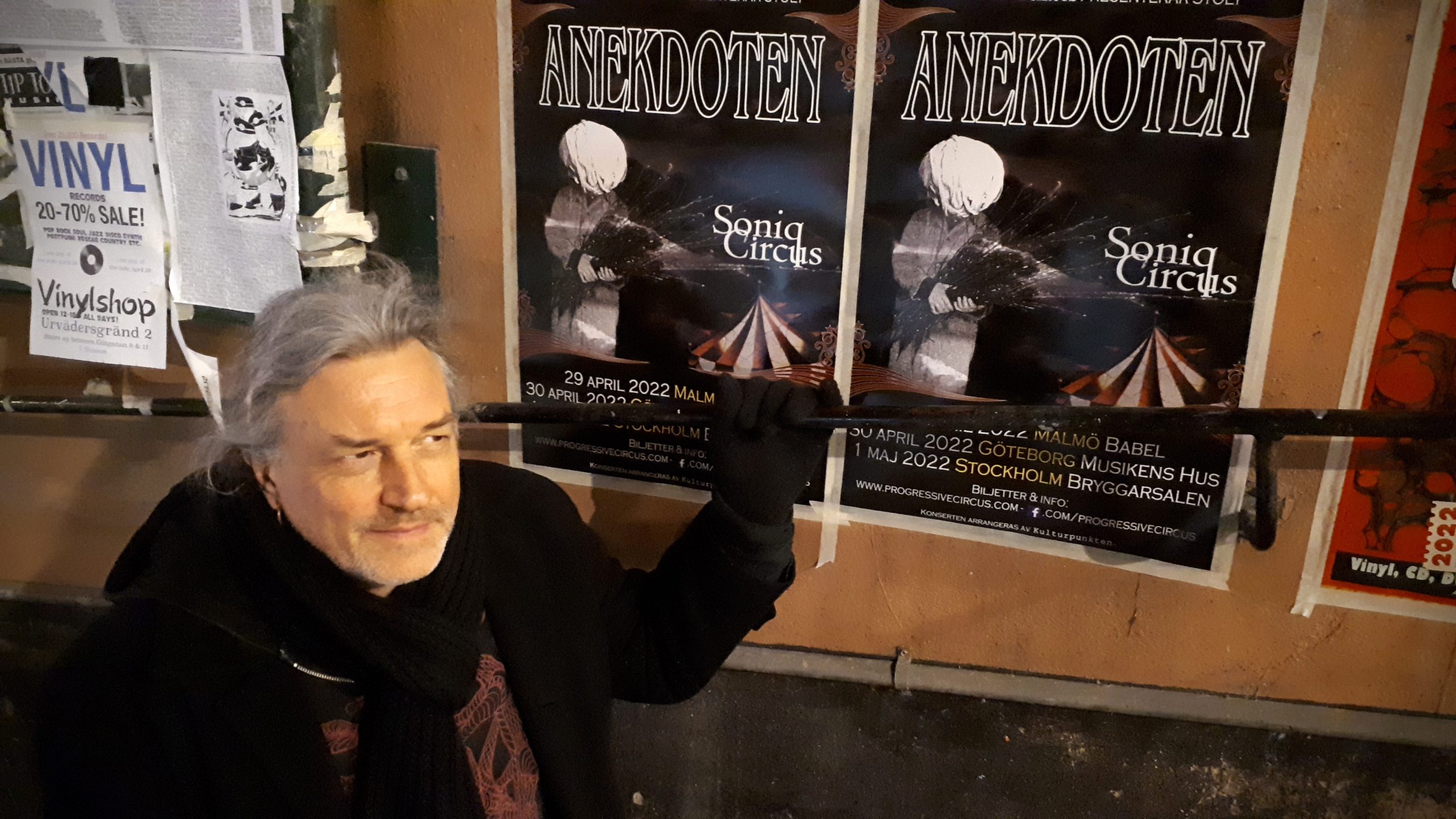 We walked back to the hotel via Anekdoten posters in the street, looking incongruous amongst the posters for Madison Beer, Simple Minds‘ Greatest Hits tour and oddly Sisters of Mercy who seem to be back together playing some clubs in Sweden. Tomorrow Nicklas is picking me up at midday for rehearsals, here we go.