A busy day here on Mitch Easter Monday, where “Waters Part” for only a few moments to let the exiled flee. Nonsense aside (see Music Of The Daze), I’ve been trying to fit everything in that I need to do in the days before leaving for Sweden, Saturday (and the riots). Flying north closer to the war, worrying about France’s election and just trying to play music and keep my mind on all the tricky Anekdoten guitar parts. What am I going to forget? My English computer lead for the layover in England, the Tension Tamer tea, the power lead for my Electro-Harmonix 24V pedal, toothbrush, hairbrush, phone, phone charger, the riffs, there’s always something as long as it isn’t my passport.

I had a rehearsal today with Nicklas from Anekdoten, trying to consolidate those last few tricky parts. What I do is video the part with Nicklas (vocalist/guitarist) playing it and watch the videos back and play along multiple times. It’s the only way. Some of these songs I’ve played before, so it’s a refresher course but others are new and some are percussion and they’re hard to rehearse as I don’t have the percussion here and I need to rehearse those songs with the band. I’m also finding that some of these songs aren’t as easy to play on my Strat as they were on my Jazzmaster and on Jan Erik’s (bass and vocalist) Les Paul. I guess it’s about the fret distances and the action on the guitar. Playing certain songs on a different instrument can be awkward, it’s why guitarists have their favourite guitar. For me, I find that I use different guitars for different moments. But I have my favourite guitar for those moments, my Strat works best for this, my Rickenbacker for that.

I worry about taking my Strat on the plane, putting it on the baggage carousel and hoping it arrives in one piece, or at all. I’ve had it since a teenager, a birthday present in the seventies, I can’t remember which one, but I bought it a Frank Hessy’s in Liverpool where The Beatles bought their gear. I’ve written about it before, I took it to Australia and used it on the first ex-band album and a million gigs, it changed colour with the cigarette smoke, imagine what it did to my lungs if it did that to the guitar. It’s special, it doesn’t really sound like a classic Strat, it has its own voice. If you ever got the Atlantaeum Flood album One Day, you can hear it playing all the lead solos on that album. It’s also on the more melodic solos on Noctorum albums, Space Summit and various other places over the years.

My papaya tried to escape today. Olivia came into the front room and there it was on the windowsill. Was it going to jump? Was it after a tan? Luckily she talked it off the ledge and returned it to the fruit basket. Actually, I was just encouraging it to ripen. You really have to plan the fridge and fruit bowl when you go away for a few days. The milk, the celery, the breadbasket because they grow appendages whilst you are away and like the papaya make their way to other parts of the apartment and grow strange entities that take over and redecorate.

Three seshes today with Daniel in Albuquerque, Abby and Nick in Philadelphia and Brian in Indiana, plus a chat with Salim Nourallah in Dallas about recording future sessioneer projects in his lovely Pleasantry Lane studio in the autumn, more on that as it becomes more concrete (not Musique concrète). Busy day. 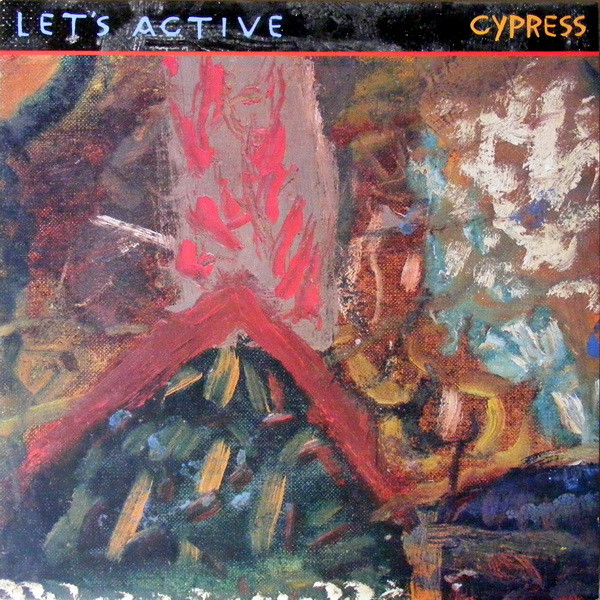 Music today has been Mitch Easter’s Let’s Active and Cypress (1984) which for some reason is the only release not linked on the Wikipedia page. This is the album with Waters Part if you were wondering about the obscure reference at the beginning.