Counting down to the Anekdoten shows in Sweden I had a sesh with guitarist Nicklas today about arrangements and chord sheets and discussing what I will be playing on each song as I also play percussion in the band. Staying fit helps with this, it takes some strength to shake a piece of wood and/or metal for six minutes in a row (or more) and I’m playing percussion on six songs. Unfortunately, Canada was postponed and then Poland was postponed with all the troubles of war and lingering Covid but the three Swedish gigs have survived. I have some intense rehearsal time over Easter as well as listening to Egg.

In the pool today, familiar faces, Hugo, Francesco, Gonzalo, Guru, Nuno, the regular swimmers and another man whose lane I took as he left the pool. I asked him where he was from for some reason, “Ukraine,” he said. I’ll only get to swim one more time before leaving for Sweden as the pool is closed Friday and Monday for Easter, probably a blessing in disguise with Anekdoten shows imminent and rehearsal time hard to find with a busy schedule of seshes and living. Life just takes up so much time.

Liverpool/Benfica was on tonight, no spoilers for those late to see the game. We also started watching War Of The Worlds, the series, over dinner. It seems to be a French/English production and has the appropriate sensibilities. As a kid, I was always far more interested in aliens and spaceships than cowboys and Indians, war films and things that happened on Earth. Fantasy was always the thing, the imagination it took to create worlds that didn’t exist, dreamed up in someone’s mind. I always felt more excited by a spaceship than a tank. I’m always disappointed by a sci-fi series that is more about human interaction instead of weird worlds and the creatures that live on them.

In the seventies, I read something like 25 books by Michael Moorcock. Someone in my family cleverly threw them all away when I was out hitchhiking around Europe. I won’t list all the titles here but when you see Moorcock’s bibliography, it seems I only touched the surface (of some faraway planet). Moorcock also made an album in the seventies that I bought, called New Worlds Fair by Michael Moorcock and The Deep Fix (1975). I remember it had narration and was almost good but not quite, it’s been a while maybe I need to reassess but I do remember there was some Hawkwind connection who I, of course, liked a lot because they played space rock.

I was telling the French couple I met on the bench by the Marquês square fountain the other day about my time hitchhiking around Europe in the seventies. France, Spain, Switzerland, Germany, at one point I left England, got on the ferry from Dover to Calais and arrived in France at 11 PM with nowhere to stay and £35 in my pocket. I managed to stay away for three months. When I look back now I wonder why I stayed away for such a short time. Perhaps at 18 years old part of me was being dragged into an adventure in foreign lands and the rest of me was still tied to my northern roots, Liverpool, and the desire to play music, busking didn’t quite seem like enough. 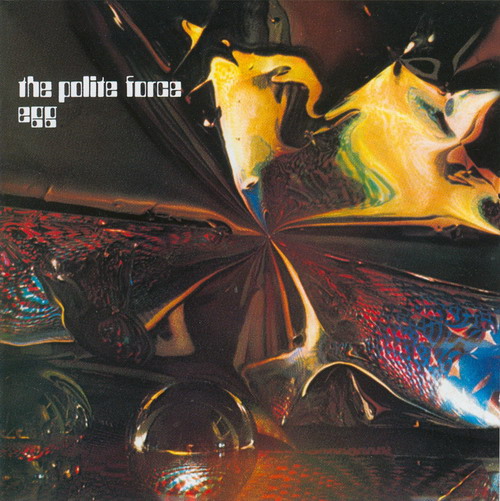 Music today has been, you guessed it, Egg and their second mad progressive release, The Polite Force (1971). Canterbury creatives with (the other) Dave Stewart on keys, Mont Campbell on bass and vocals and Clive Brooks on drums. Eccentric nutters with warm weird experiments, love, love, love.