The Marquês park starts to come alive again when the sun returns, Bellyman, bellyless, waiting for the spring to turn into summer no doubt. Dogman was on his way out of the park confirming the dogs can walk. By the fountain, sitting on a bench, two young people with backpacks, I went over and talked to them as I noticed an instrument case. I asked if it was a mandolin but no, it was a ukulele. The boy and girl were French, they were on a six-month travel trip through Europe. I talked to them for a while before heading to the gym. The girl was quiet, mostly a language issue for her I think, but the lad was talkative. At one point I brought up the impending French election. He told me he wouldn’t vote and this revealed the problem for people in France as they choose between their anger towards Macron versus their fear of Le Pen. How can the door have been left so wide open to the right-wing to potentially take the presidency in France?

In the changing room some unfamiliar faces, two tattooed young lads, I said: “Boa Tarde” (good afternoon) in Portuguese to discover they were Spanish and didn’t speak Portuguese which gave me the opportunity to speak Spanish. So a little French and Spanish today, it makes the language seshes every day worthwhile. The gym is a fascinating place, really it is, talking to Ana and Ricardo the trainers about fitness and football, haha. But it’s the progress that’s fascinating, watching your effort deliver. The science is interesting, I was .3kg heavier after a two-hour workout? Muscle mass? Water? Still, in the end, it all leads to a better life.

Both my seshes today were postponed, Noelle in Montreal was sick, Chris in New Jersey had sick staff so had to work. I was a little late at the gym so suddenly a rush turned into a casual return through the sunny streets and back into the park. There, Dogman’s dogs were under the guard of someone else and Dogman was nowhere to be seen, probably because he was gone, the dogs were angsty. Two of them were jumping on top of each other and the other was barking loudly at everyone that walked by…when the cat’s away the mice will play.

At home, I took advantage of the postponed seshes to listen to other sessioneers’ songs, a mix from John in Brooklyn and two demos from Noel in Surrey. Then I was trying to get the learning sheets for the Anekdoten rehearsals together as I hoovered the house and prepared to watch the Real Madrid/Chelsea game to discover that the usual place I watch it wouldn’t work. Somehow I found somewhere else to watch it quickly and managed to see a great game.

Each day, the world moves on and in our part of the world, we feel relative peace, something everyone deserves. Close to the gym/pool in the last few days, there was a whole lot of blood on the pavement, just that was a shocking sight as my mind ran riot about what actually happened there. It’s hard to see the death and destruction on the news and not imagine the same thing happening here because after all, it’s just a normal place with normal people living their lives except north of here it all turned to hell. 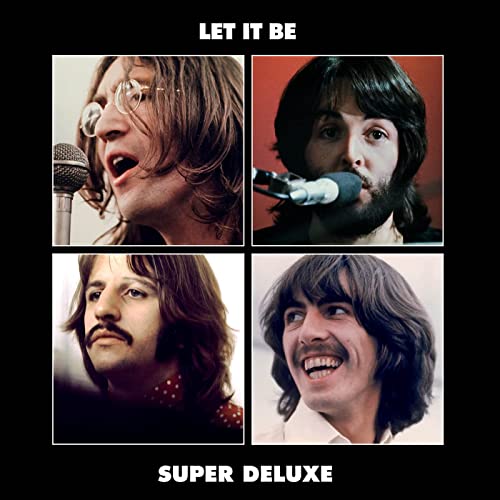 Music today has been the Let It Be – Super Deluxe Disc 4 & 5, the Glyn Johns rough mixes. It’s so interesting to hear the music you are so accustomed to suddenly presented in a different way but of course, rough mixes will be different, different reverbs and balances and different versions. Let It Be… Naked anyone?

The Beatles Let It Be Super Deluxe Editions: Part 2, Glyn Johns’ Get Back Album