All of a sudden the trees in Marquês square are flourishing. The skeleton fingers are gone and the thrill of spring is here. Bright green shoots of life returning on another warm day. Seeds were blowing through the air on the wind, beginning their journey, spreading across the city and out to the countryside to find a place to grow. Slowly, you see the locals shedding their coats, but even today I did see a man wrapped up, hood up like it was Stockholm in February. But what’s lovely about the spring is the life it brings out into the street. The square’s benches are full (except, the one under the pigeon tree), Bellyman is there, Dogman is there, canoodling teenagers (that word), old chatters, schoolkids, all occupying this space, appreciating the surroundings close to the constant sound of the flowing fountain and the grinding footsteps of passers-by on the gravel.

Olivia and I met at the post office to pick up a package, when we got there we realised it was in our landlord’s name and not ours so we couldn’t get it. I went home, Olivia to the psychedelic psupermarket and I waited for the key game tonight at the Dragão stadium here in Porto between Portugal and North Macedonia, if they won they would qualify for the world cup. It was the same scenario for Poland and Sweden. In the gym today Ricardo told me he can hear the noise from the stadium from his apartment.

Here’s a tangent, baby names: I was thinking about baby names that sound like babies and baby names that sound like adults. For example, if you call your baby Albert, it sounds more like an old man, which granted your baby will hopefully become, but the baby might have to wait 70 years to suit the name Albert. But then I realised that babies have to grow into their names (duh). I could go on but luckily I won’t. Having said that, foreign-sounding names always seem bizarre for babies too, not if you are from that country of course but Slobodan or Granit don’t really sound like babies’ names to me. Ok, I’m sorry, that’s it on the babies. Incidentally, it must have been an interesting band meeting when they came up with the band name The Babys with the R’n’R plural spelling, I wonder who came up with the idea? Do you remember Isn’t It Time? Do you remember John Waite’s haircut, its colour and the earring? Haha, oh yeah and his voice.

This year marks the 30th anniversary of Spirit Level (I’ll try and write more about it as it comes to mind). I can’t imagine where the years go but landmarks were once the future and with many more projects coming I’ll be 94 to see, for example, the 30th anniversary of my album with Jerome Froese. That means I’ll live one year longer than my dad, could happen, might not, I’ll report back from beyond the grave anyway.

I actually tried to stay in bed as long as possible today to catch up but the drilling is back. I think it’s a different renovation but one drill is the same as another. They’re also banging what sounds like constant hammers. Maybe if I could see what they were doing, see their progress it would be easier to handle because at this point it seems eternal.

Lots of news coming up about travelling as the concept returns. I’ll report on that soon. 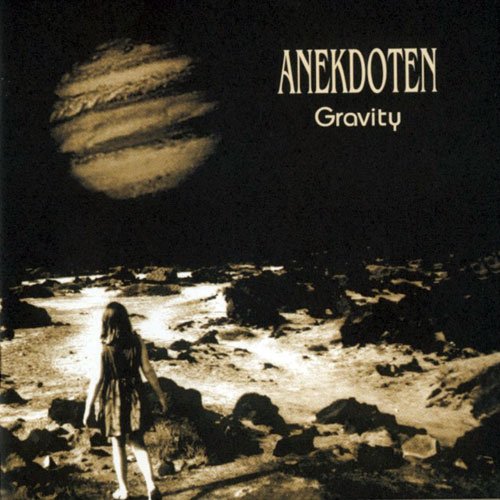 Music today has been Anekdoten’s Gravity (2003).