Although the temperature was allegedly only 20 degrees today it felt hot outside in the sun, the hottest so far this year and it’s coincided nicely with the extra hour of daylight.

The man with the dogs eyed me as I walked past his sleeping pets, not for any reason other than I’d just walked into his field of vision, the next person that walked by probably also felt his gaze. The dogs slept as usual. I was overdressed and was hot in shorts and a T-shirt, although it takes more for the locals to remove their coats, wanting more from the weather than me. I’d got to the pool earlier, before Hugo and Francesco who swim on the same days at the same time but talked to Gonzalo who commented on my Beatles water bottle. I bought it at the Cirque du Soleil – Love show in Las Vegas the day Olivia and I got married. I swam 70 but I’m only approaching 64.

After the swim, Olivia texted me to buy some things from the psychedelic psupermarket that I immediately forgot to do. It must have been sunstroke. Lunch takes forever, peeling carrots, juicing them, add ginger, celery, make a bowl of arugula, chop some radishes and cucumber, a touch of salt, a bread roll toasted with avocado and then the clearing up, eating and an hour has gone by. A session with Matt in Brooklyn and then running through what songs we will be playing on the Anekdoten dates with Nicklas. Working on logistics with Olivia and realising that there’s no direct flight from Porto to Stockholm, change in Berlin.

I’m listening to Anekdoten songs in a playlist for the upcoming dates, familiarizing myself with the songs I don’t know and reminding myself of the ones I do. It’s an intense learning curve, satisfying when you nail it but a lot of musical information. There are twists and turns galore and you can’t wing it with music like this, study now, express later. The Swedish gigs will be in April and May, Poland in May too. Look here for where they are in your city.

Some technical difficulties in the studio today. I was talking to Matt when suddenly I couldn’t hear him. Troubleshooting, the old trick of turning the computer off then on again doesn’t work for me because there’s some kind of bug that hides my camera when the computer restarts. So after some twiddling and deeply frustrated thought, I decided, I know, unplug the Focusrite, and plug it back in again…and of course, it worked.

Olivia was in lesson mode today, first Portuguese and then dancing, back in time to speak to Salim in Dallas and making some plans for the record we made together. So much time has passed since we started work on it only now seeing the light of day as the pandemic restrictions are eased, will keep you posted on that one.

I’ve been wondering about the candles and how lighting them creates such a nice mood in the studio but as it gets warmer their contribution to the heating becomes irrelevant and I wonder if I can have them lit in the summer months, we’ll see. Do people light candles in summer? 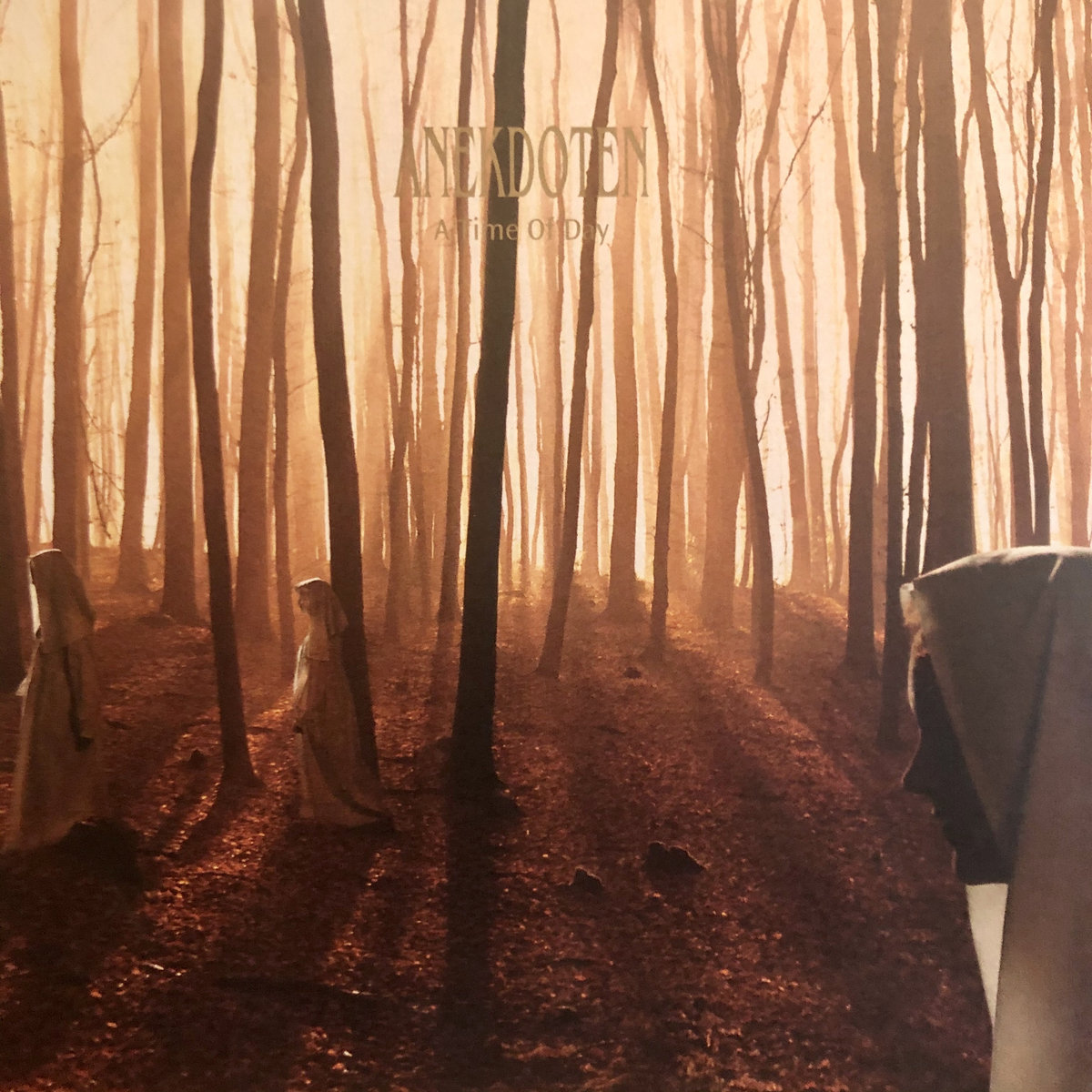 Music today has been Anekdoten songs so maybe it’s time to post another Anekdoten album from which we will be playing songs on the tour. So today let’s go back to the album before I joined in 2016 (it’s been six years), A Time Of Day (2007).