Last day/night in Porto for Olivia’s dad and we just got back from dinner which he treated us to at our fave restaurant Boa-Bao in the centre of the city. We took the subway in but ambled slowly back home through the Friday night streets, past the busy bars and via three beautiful tiled churches, a highlight of Porto’s ancient centre. It’s nice to be out in a vibrant place and although the world is a mess, tonight Porto was buzzing on its own vibe as the focus shifts from disease to despots, what’s happening in the north lingering somewhere in everyone’s mind. Down here in Southern Europe war seems like it’s a long way away, but for Gerd who lives in Germany, our landlord who lives in Lithuania and for our family members, Anekdoten and friends in northern Europe, it’s very close, nerve-racking and creating a terrible anxiety.

It’s March but there are lots of people sitting at tables outside. It rained at some point whilst we were eating, a man came in, his jacket wet but by the time we got outside the pavement only showed us evidence of a shower and even the rain coming hadn’t made it cold or driven people indoors – there were as many people outside as there were when we arrived. The other day, walking in the street, I walked past a fashion shop and in the window was a headless mannequin (weird in itself) wearing a T-shirt with a huge budgie on the front and a text saying “California Dreaming”. I was trying to make the connection between budgies and California. Aren’t budgerigars indigenous to Australia? I remember the first time I saw a chatter of budgerigars flying wild outside Sydney in Australia in a place where I don’t recall the name. But it was an amazing sight after only previously having seen them in a cage in England.

The world when it is in tatters, or on the streets anywhere in the world, is often referred to as a zoo but although zoos are a dubious concept if you are an animal, I can’t really see how they relate to bad humanity and calling troublesome people animals? The animals told me they are not very happy with the association. 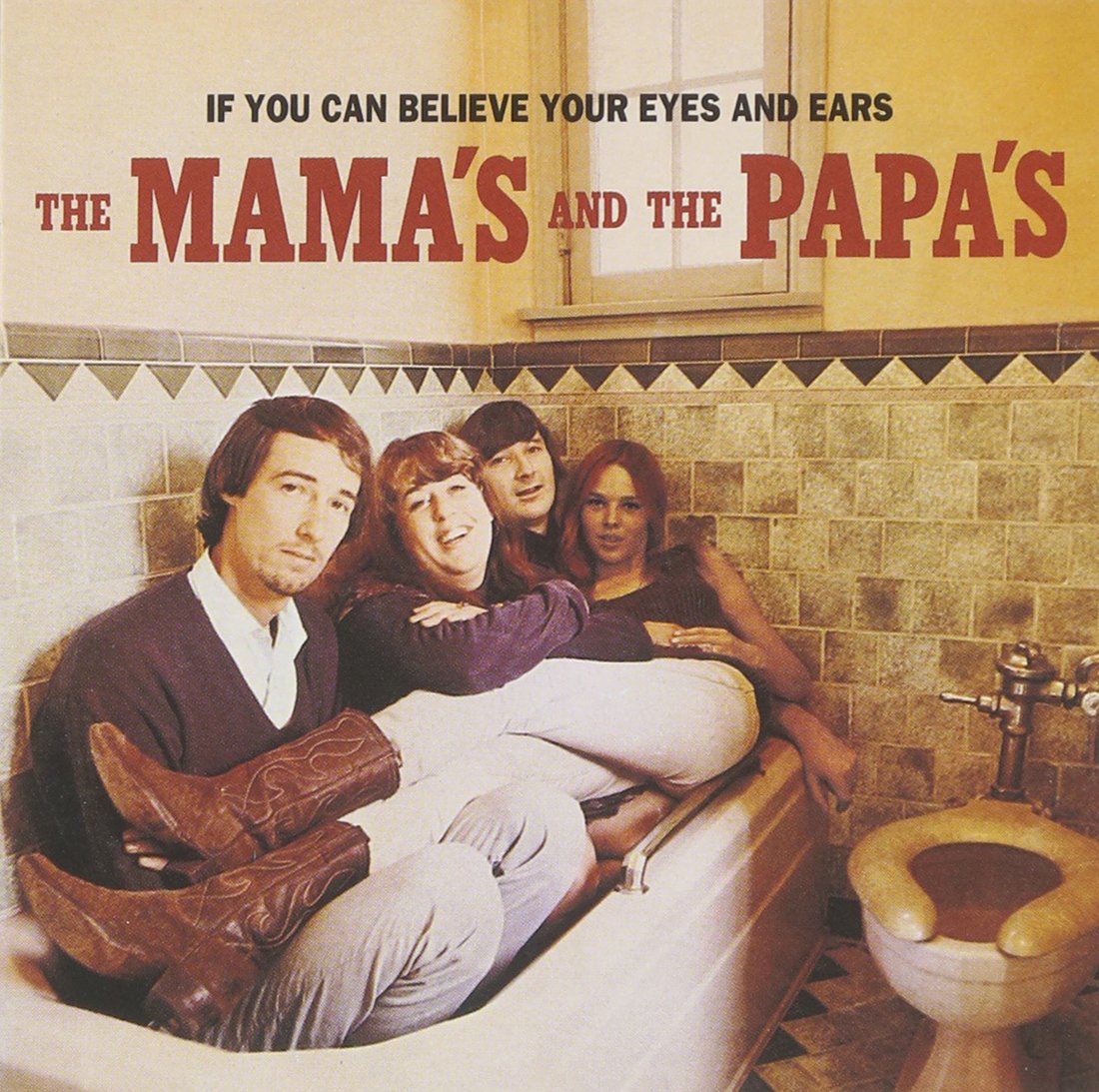 Music today has been the first album by The Mamas & the Papas, If You Can Believe Your Eyes And Ears, released in 1966. Side 1 opened with Monday, Monday written by John Phillips, Side 2 with California Dreamin’ written by John and Michelle Phillips. Both songs were No.1 US singles. The album has a couple of covers, Lennon and McCartney’s I Call Your Name and Jerry Leiber and Phil Spector’s Spanish Harlem but it’s the two classic singles that both went to No.1 in the USA that stand out. The cover art has the band clothed in the bath but someone realised that by the bath was a toilet, so after the first edition of the album the toilet was blanked out to save America. The grammatical error with the apostrophes was ignored.

The band members: Songwriter and arranger John Phillips died in 2001 of liver failure at age 65 after a life of terrible drug addiction. Cass Elliot, aka Mama Cass, was a talented singer and a presence in the band. She sadly died at age 32 in 1974 from heart failure. An eerie coincidence, she died in the same room as Keith Moon at the same age. Canadian singer Denny Doherty died in 2007 aged 66, Michelle Phillips is alive and well and going strong at 77.