Out into the rain, a rare trip with Ariel towards the sea on a free Saturday, the day I like to call my day off, whatever that means. We needed candles, so we drove to IKEA, well, Olivia drove to IKEA, I sit there and imagine being the DJ with our broken and primitive sound system. Ariel is pretty loud (and pretty) so you’d have to have a meaty system inside in order to get over the sound of the engine which sits between us and the two front seats. We’d need a system that costs more than the car. As you know (mostly) I don’t drive. My father was in charge of Merseyside Road Safety (Liverpool and surrounding areas) and he would bring home pics of teenage girls with stitches across their faces so he could use them in seat belt campaigns. Consequently, the whole idea of driving wasn’t very appealing to me. But then I got a motorbike, which was much easier to die on and then I just started hitchhiking around Europe and then I got in a band and soon after that, there were tour managers and no one in the band had to drive for years. I did actually get behind a wheel about 20 years ago or so but never took a test, so in theory, if you were pregnant and needed to get to the hospital, I might be able to get you there, maybe.

In the car today I was thinking about driving gloves. I think I’ve mentioned this before, I lose track in over two years of writing every day. Driving gloves: open backed with a press stud, light brown string back and leather (I suppose). There were the days before traffic when you’d take the car out for a spin just for the pleasure of it. It was the time before traffic jams, congestion, road rage and generally queuing for hours, extortionate parking fees and restricted pay zones. In the days when your car was a work of art, aesthetically designed. Those shapes, Rover 95, Sunbeam Alpine, Triumph TR2, all ages taking their beautiful cars out, Sunday drivers.

I saw an advert today for an almost ready-cooked McCain’s baked potato that you just put briefly in the microwave. You saw it sitting there, sizzling, the soundtrack to this alleged miracle was The Kinks‘ Tired Of Waiting For You. I wish they wouldn’t do that, put classic songs with dodgy products. Having said that the money is probably good and hard to refuse. On another but similar subject, I read that when Bob Dylan was offered the role in that dodgy film he made, Hearts Of Fire (1987), that he really didn’t want to do, ultimately he was unable to refuse because they offered him so much money.

Classic football today, Man U/Spurs, Brighton/Liverpool, and down there at the bottom Brentford/Burnley. Tom Brady in the crowd at the Man U game. 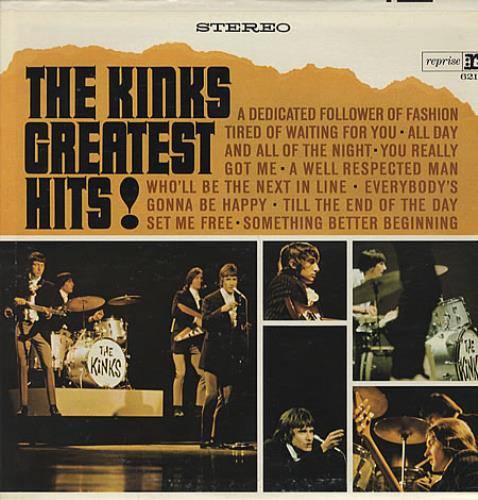 Music today has been The Kinks‘ Greatest Hits! (1966) but I try very hard to remove the image of the baked potato when I listen to the second track.