Today on the street on a day that would deteriorate into cold driving rain there was a woman coming towards me in a T-shirt which read “Tout est possible à Paris” (everything is possible in Paris), and then at the bottom “Ooh la la”. Now is this an example of “Alright Wack” which Scousers allegedly say or said in a bygone era? I’ve never heard anybody in Liverpool say “Alright Wack” and I wonder did anybody ever really say “Ooh la la” in Paris? In the film Casablanca, Humphrey Bogart never actually says, “Play it again, Sam”, so I can’t really put it in quotation marks in relation to the film although I can in that it has been repeated many times. So my question today is can anybody confirm that the Parisians said, “Ooh la la” and Liverpudlians said, “Alright Wack” – answers on a postcard.

The weather deteriorated and whilst swimming the rain came pouring down and on leaving I was faced with a deluge. I borrowed an umbrella from reception and headed out into the squall. On the way there, the clouds were hardly threatening, I glanced up and noticed some darkness, but nothing angry, nothing as mean as what was unleashed. It came with a wind too so the brollies were hard to wield. At one point I noticed one of my laces was undone and had to stop to tie it. Rain pouring down, I put my bag on the drenched pavement and the umbrella upside down on the ground. The wind immediately took it and I had to run after it before it flew into the road. I marched on, hit the bakery and tried to help one of the girls that worked there hear the difference in English between the word ‘shin’ and ‘chin’. Haha, you are born, you hear those sounds as a baby and they are ingrained and then you go to France and try to say ‘où’ or ‘très’ and they look at you like you are mad.

On the way out before the storm, I stood at an intersection waiting for the light to turn green for pedestrians. I looked up at a house on the other side of the road that had a long V-shaped roof and down both sides of the ‘V’ were a lot of pigeons equally spaced. I didn’t try to count but there were maybe 50 a side. It was so symmetrical that it took my eye. Suddenly they were spooked and they all simultaneously flew away as a flock towards a building opposite, darting and swerving all together – except one. There, alone on the roof, on the slant of the ‘V’ on the left-hand side, one pigeon remained. One individual pigeon had no desire or need to move and simply waited till all the others came flying back. So I had the thought, “What was that pigeon thinking?” (And by the way, pigeons are way smarter than people give them credit for.) I was thinking that perhaps that pigeon had evolved into a more intelligent being and one day we will be chatting with the pigeons instead of watching the kids chase them in the park. 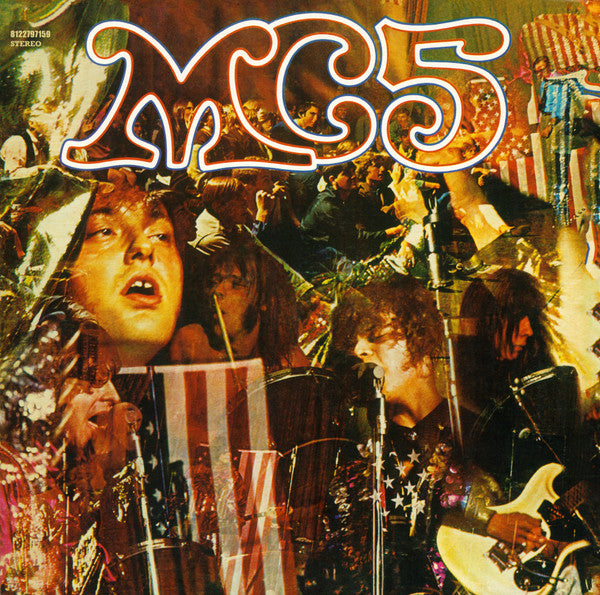 Music today has been MC5 – Kick Out The Jams (1969). Dig those guitar sounds! Recorded live in Detroit this album featured Wayne Kramer and Fred Sonic Smith (died 1994) on the guitars, Rob Tyner on vocals (died 1991), Michael Davis on bass (died 2012) and Dennis Thompson on drums. It’s a Detroit classic, I mean, who releases their first album live? The reason I posted this today is because surviving member Wayne Kramer has announced the first MC5 album of new songs in 51 years. Dennis Thompson plays the drums but only Wayne Kramer will be on the tour to support the album.