In the psychedelic psupermarket today I was experiencing that strange situation where someone in the queue is standing too far away from the person in front, I’ve mentioned this before because it’s a fascinating psychological approach to space. When the ‘keep your distance’ rule came in some people must have thought, “I already do”. I wonder if there is an unwritten excepted distance that people keep (or kept) between each other. Has shaking hands become a thing of the past? Fist bumping seems to be in, or awkward elbow stretching. I wonder if the French have stopped with the kissing? Perhaps with less pandemic fear we will revert back to the old customs and those that stand too close to you or those that always left a larger gap than necessary will continue to do so.

I was at the pool earlier today, trying to spot the place in the schedule where there were the least people swimming. I think I got it, it’s 12.45, an in-between time, the lunch swimmers are finishing and the after lunch swimmers haven’t started yet. Nose clip at the ready, 72 lengths and minimal nose explosions afterwards. Hugo was in the pool, we both swam like crazy then chatted for a bit. Thiago the lifeguard was there today and I’ve agreed to teach him a new English word every day. So today’s word was ‘shin’ which he misinterpreted as ‘ankle’, telling me the Portuguese word for ‘ankle’ instead of ‘shin’. I suppose that pointing in that area wasn’t specific enough. It reminds me of the Monty Python sketch with the English/Hungarian phrasebook – “My hovercraft is full of eels.”

Now I’ve finally figured out the difference between swede and turnip, I ate turnip tonight. I’ve been buying vegetables I never eat, adding variation and probably adding a nutrient to my diet that isn’t in everything. Although I’ve discovered that buying two large bunches of fresh spinach feeds a small mouse. Today I bought blueberries, strawberries and raspberries for smoothies and grapes for something to snack on. At the check out the box exploded and left blueberries rolling all over the checkout area. I bought more carrots too and decided I might have been best served in my life if I’d been a greengrocer.

For some reason today I was thinking of Marvel powdered milk, which everyone thought was marvellous in the seventies, along with Cadbury’s Smash which was potato mash that you just added water to, genius, nearly as smart as Bri-Nylon shirts which dried in minutes instead of hours. My favourite were my pink nylon sheets which meant the bedclothes slipped off you every night because they were so slippy. Shortcuts that changed the world and left behind the inconveniences of quality cottons. You might be interested to know that the man who invented nylon, Wallace H. Carothers, committed suicide in a Philadelphia hotel room in 1937 by cyanide poisoning whilst his wife was two months pregnant.

Football tonight was Spurs and Everton, and the Nirvana Turkish snooker masters have begun, not that I know what the Nirvana part is about? It’s probably a pharmaceutical ageing cream. We’ve started watching Lupin, the French series, but it’s hard to watch over dinner because you need the subtitles and there’s nothing worse than trying to eat dinner without looking at it, it’s a recipe for disaster. We watched the first episode of Picard – Season 2 yesterday. It seems The Borg are back and the Borg Queen was particularly spectacular.

The chill in the air with the sun in the sky is a continuing pattern heading to spring. I suppose it just gets warmer from here on. I’m still waiting for those buds on the Marquês square trees and the end of masks inside, it seems that the war has pushed the pandemic into history. 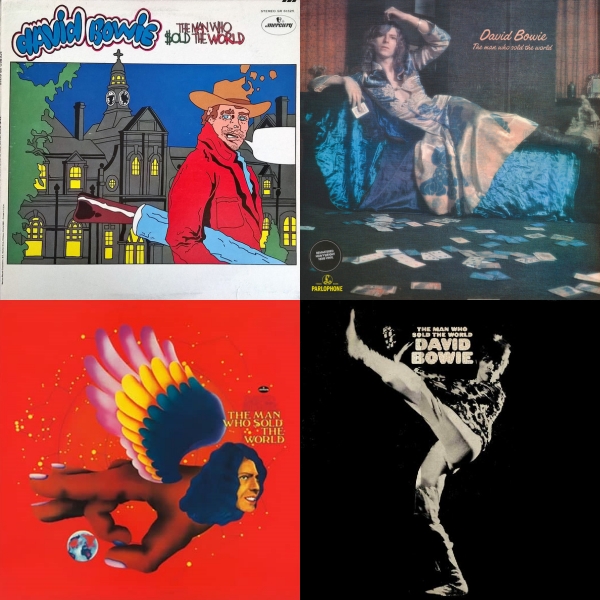 Music today has been the appropriately titled The Man Who Sold The World. It was released in November 1970 in the USA and April 1971 in the UK, six months later and with a different cover. It was released in Germany with a different cover as well and a UK reissue in 1972 which incorporated a glam pic of Bowie in the wake of the success of Ziggy Stardust. I have three of the four different covers of the album plus the latest reissue with the cartoon cover with the original title Metrobolist. I still wait for the German cover. 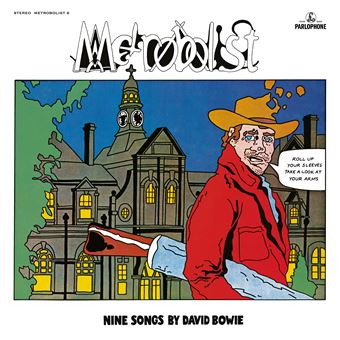