Sunday, up bright and early, sesh with Arktik Lake Tony in Sydney as we work on the songs for our next project. Another sesh later with Space Summit Jed in Minneapolis as we work on songs for Space Summit III, before the vinyl of Space Summit I has been made, nothing like being prepared. In between, there was the Manchester derby (attention all Americans, make sure you pronounce it correctly). I’m actually glad to stay in on Sundays because Sundays are weird. What is it about Sundays? You can cut the Sunday atmosphere with a knife, except it doesn’t bleed. Sunday is like Monday on mute. It’s as if a beam has been sent from space and changed everyone into a daffodil. The enthusiastic become uninspired, the fast become slow, talkers don’t speak and if you’re in Germany the lawnmowers stop – by law. Sunday depresses your will, unmotivates you, drives you into a motionless state parading as rest when it is in fact a drug that sedates you. It’s a hangover from days of yore, an invitation to church with no excuses. You can’t say, “I’m sorry vicar, I’m busy,” because he knows you’re lying.

Today I actually went back to bed for a couple of hours after the early Arktik Lake sesh, I usually don’t and about now I’m tired from only a few hours of sleep with swim day tomorrow I don’t get to catch up till Tuesday. Tomorrow I will have my new nose clip for the swim, I simply can’t go in there without it, losing it was 24 hours of no nose. I’ll be trying to get in a little earlier tomorrow to test out my plan about when the least amount of people are there. Having said that I don’t mind the sharing, have you ever seen millionaires’ houses which instead of having a pool have just one lane to swim laps in? Strange, it’s like an anti frolicking lane.

One of the seagulls pooped on the lounge room window. It must have been gliding through the air at an angle and splat straight onto the glass. The two seagulls that are always waiting for food were still waiting today, staring up at the feeder man’s window. Although they are smart enough to figure out that there is a food supplier in one of the flats across the way they obviously haven’t figured out that he doesn’t have the energy to feed them on a Sunday. On the roof opposite another seagull perched, perfect poise, wings folded in symmetry, waiting, observing, whatever it was doing it was a beautiful animal basking in the late afternoon sun. The other day I was thinking, birds die, they must be all kinds of different ages but you rarely see birds lying dead. Sometimes they are struck by a vehicle, they probably get sick but what happens to all the birds that die of old age? Where are they?

The snooker final was on but I missed it in sesh land but underdog Joe Perry (not Aerosmith’s guitarist Joe Perry) beat Judd Trump. Other important things to know, I’m down to two boxes of Celestial Seasonings Tension Tamer tea and one opened box of Sleepy Time which sessioneer Paul brought over from New Orleans. Olivia’s dad is coming to visit on March 22nd with more boxes, I’ll be cutting it close. 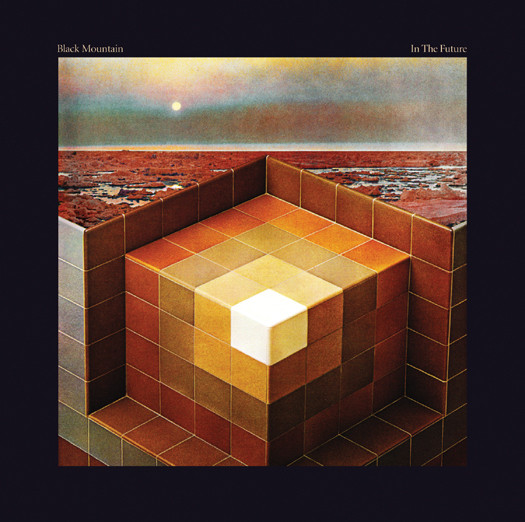 Music today has been that odd rock band from Vancouver, Canada, Black Mountain and their second album In The Future (2008). They live in a rather eclectic world whilst seemingly being a rock group. But somehow they break some rules and you don’t quite know whether you are going to get the indie, the rock, the psychedelic, the metal, the folky, sixties, seventies, Bowie – Man Who Sold The World era (’70/’71), or the moody version of them, and whether it will be a female or male vocal. Will it be a guitar solo or a strange keyboard? These are the reasons I like them.