I woke up and made myself stay in bed, fell asleep, woke up again but refused to move. I had to rest today in the daytime because the gym and pool were closed and it was an opportunity. I finally rose at 2 PM, result. I’ve been hitting responsibilities, seshes, languages, Logic Pro learning and writing hard and I needed a forced rest which the day provided due to carnival season and the closure for one day at the pool. When I went there on Monday, Vera on reception was dressed as Frida Kahlo and when I told her that I had been to her house, La Casa Azul in Mexico City, she said, “Ah, it’s been a while”, playing the role to the end. I didn’t get out to experience ‘Carnaval’, the dressing up and the celebration yesterday but when I looked out of the window this afternoon and saw low clouds, mist and driving rain I was glad that today was the day I got to stay in and dream.

By the time I’d had late breakfast followed by late lunch, it was soon time for my sesh with Chris in New Jersey. Olivia went to the psychedelic psupermarket as it cleared up outside. Chris and I discussed Strats and 12 string acoustics and the possibilities of Logic Pro and exchanging files across the high seas, and the low Cs. Finally, it was time to listen to sessioneer Brian in Indiana’s very polished album that we have been working on, me as a remote producer. I downloaded the record, got it into my player and decided to restart. What could go wrong? My computer wouldn’t boot up. No matter what I did it wouldn’t work, and then it was dinnertime. Over dinner, we watched episode three of Severance.

I downloaded the Brian album again. I have my desktop computer and a laptop but I also have my old (heavy) laptop from 2011, computer years are like dog years. The reason I am still using that old laptop is because I use it to play through my stereo, not through my studio monitors, which is how I wanted to listen to the album. You don’t make albums with floor-standing B&W Hi-Fi speakers but you certainly should be listening to your records through a proper Hi-Fi system, it makes a world of difference. The album sounded great and our discussion is about the running order, which ten of twelve tracks make the album. Album sequencing is a forgotten art. 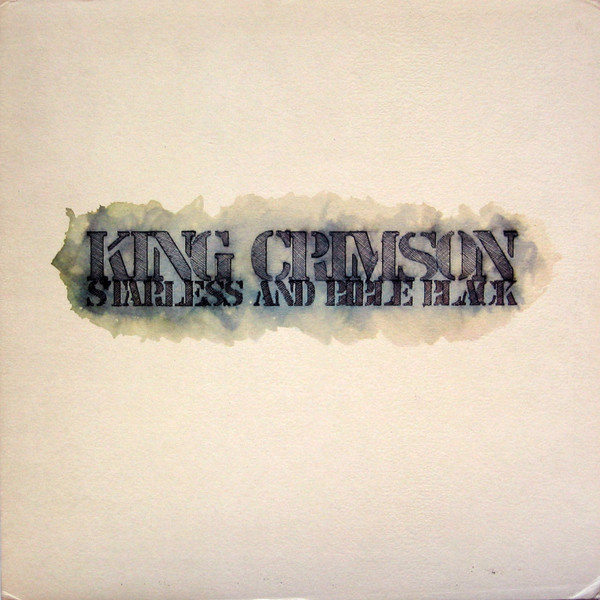 Music today has been King Crimson’s classic Starless and Bible Black (1974), named from a line in Dylan Thomas’ own classic Under Milk Wood (1954). The album features Robert Fripp, John Wetton, Bill Bruford and David Cross. In the late seventies, I hitchhiked around Europe three times. One time I was somewhere in France, I frankly don’t remember where. In those days whenever you saw a Citroën 2CV, you got your hopes up. It seemed like the kind of person that drove one of those would be more sympathetic to a lonely hitchhiker with long greasy hair and a guitar. I saw a 2CV coming towards me, it stopped and picked me up. It was Martine and her boyfriend whose name was…ahh, something double-barrelled. They invited me to their house where her brother was, I think, or was Philippe driving? Haha, it was 50 years ago. At their house they were set up to play drums and guitars and in that week that I stayed (yes, I stayed a week), we jammed and we learned how to play The Great Receiver from Starless and Bible Black. Maybe that was an early rehearsal for joining Anekdoten, 45 years later. Recently out of nowhere, Martine got in touch.